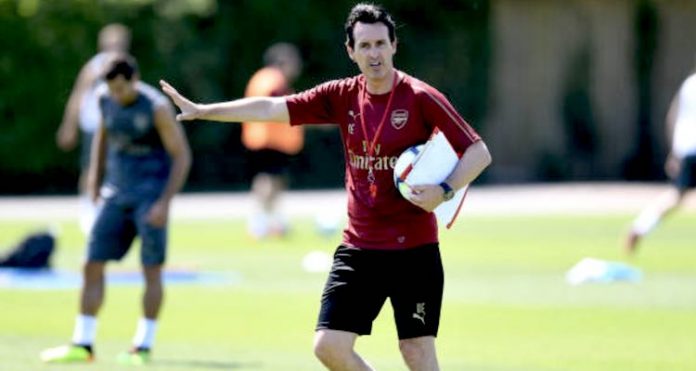 High drama at the World Cup last night as England went through to the quarter-finals when it looked as if England might England it up.

Leading 1-0 and into second half injury time, they were under a bit of pressure as Colombia pushed for an equaliser. Jordan Pickford made a quite outstanding save from a shot from distance which gave the opposition a corner, and with David Ospina up in the box to cause mayhem, Yerry Mina headed home to send the game into extra-time and ultimately to penalties.

Even then, it looked as if they might mess it up when Ospina saved a spot-kick from Jordan Henderson, but Colombia crashed their next one off the bar to let them off the hook. England scored again and then Pickford made a brilliant stop to give Gareth Southgate’s team the chance to win it, and although the Arsenal keeper got fingertips to to Eric Dire’s penalty, he couldn’t keep it out and England went through.

It wasn’t exactly a high quality game, but it was another which provided this World Cup with the kind of dramatics that have been its hallmark up until now. It means England face Sweden in a quarter-final after they beat Switzerland 1-0 earlier in the day. That was a game which also didn’t enthrall in terms of the quality of football, and even a bit of injury time VAR couldn’t add much excitement.

Not that Sweden will care, and I’m sure a couple of their players are mightily relieved after spurning some great chances in the first half to score. Granit Xhaka was fairly peripheral for Switzerland, and with the quarter-final line-ups now completed, we’re now almost without official Arsenal interest. There’s a link to Lucas Torreira who is expected to sign as soon as Uruguay go out, while Danny Welbeck bides his time on the England bench before he comes on in the final against Brazil to score the winner with a somersault one-two off his left nipple and right buttock.

We now go two days without any football before it starts again on Friday with Uruguay v France and Brazil v Belgium. Then on Saturday it’s England v Sweden and Russia v Croatia. For all the talk of football coming home, it really is England’s best chance of making progress in a major tournament for a long, long time. Southgate appears to have moulded something out this group of players that previous incumbents haven’t been able to. It’s interesting.

Meanwhile, back in London, the players returned for pre-season training yesterday. There were tests and measurements and all kinds of indoor stuff with a bit of outdoor fun and games too (pictures here), and as far as we can tell everyone looked in good spirits. It was quite unusual to see Unai Emery taking charge of the session, simply because he’s not Arsene Wenger.

The former boss was there for so long, it’s just a bit odd seeing the new man there, but he had a clipboard, and as we all know that shows he’s got real attention to detail. Nothing illustrates professionalism and planning like a good old fashioned clipboard, and if you weren’t confident about the upcoming season before now, then you should be brimming with it after this. My sources tell me that Emery has had Ivan Gazidis spend some of the transfer budget on a new stationery cupboard in which he can keep a plethora of clipboards just in case something happens to the one he’s using.

The new deal for Calum Chambers was confirmed, the 23 year old signing a long-term extension, with Emery saying:

I’m delighted Calum has extended his stay with us. He played an important role last season and will be part of my plans this season.

While the player himself said:

I want to give my very best to this great club. Thanks to the new manger for showing faith in me and I’m looking forward to the big season ahead! I promise to repay the fans back for the support they’ve given me!

I wonder does his homegrown status play a part in this decision. We’re skirting around the edges of the requirements at the moment, and we also face the prospect of a big decision involving one of our current crop of homegrown players. Despite reports suggesting progress was being made about Aaron Ramsey’s contract, my understanding is there is still not much in the way of tangible progress in that regard.

I am hoping that, much like my predictions for World Cup games, I am rendered completely wrong and this prompts an immediate announcement about an extension, but from what I hear there’s considerable distance between the two parties right now. I’d like for that to change, because I think Ramsey is a key player, but if it doesn’t we have some serious thinking to do.

Can Ivan Gazidis mark his first summer ‘in charge’ by sanctioning a sale to another Premier League club? I don’t think he can, regardless of what comes before it, and if Ramsey won’t sign we run the risk of losing him on a free next summer. If that were to see him go abroad somewhere, I wouldn’t necessarily be that averse to keeping him for one more season, but we all know the distraction situations like this cause.

This one is a real test for  the new regime, I’m very curious to see how they handle it. Would the captaincy be something they could tempt him with, on top of the serious pay-rise etc that he’d be looking for? I guess we’ll see soon enough.

Right, that’s that, for now have a good one.