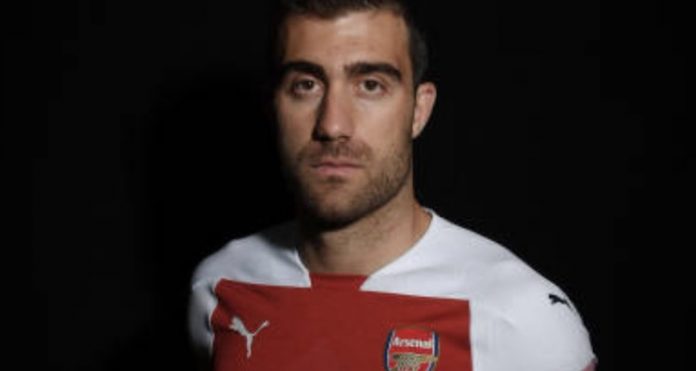 Arsenal completed their third signing of the summer yesterday with the shock capture of Greek centre-half Sokratis Papastathopoulos.

Talk about out of the blue! I kid, obviously, as this is one that has been in the pipeline for some time, and he’s now the third former Borussia Dortmund player to have been brought in in the last 6 months. Following the arrivals of Henrikh Mkhitaryan and Pierre-Emerick Aubameyang, Sven Mislintat has gone back to his former club to do another deal, and a fee of around €17m was enough to bring the 30 year old to North London.

Is it particularly imaginative? No, but I do think this transfer period is one in which we look to address issues we have within the squad, and with more time for planning etc, we’ll hopefully see the Head of Recruitment display a bit more depth to his work. It was only at the end of April when Arsene Wenger announced his decision to step down, and when you consider Mislintat only joined last November, and the Director of Football Raul Sanllehi didn’t begin his work until February, there’s not been a huge amount of time for long-term planning.

What they have had to do is focus on the team’s immediate requirements, and so far they’ve done that. We needed a new keeper; we’ve bought a new keeper. We needed back-up for Hector Bellerin; we’ve brought in Stephan Lichtsteiner to be just that. We needed an addition at centre-half due to Per Mertesacker’s retirement and Laurent Koscielny’s injury; Sokratis ticks that box. We’ve needed to add a bit of experience and character to a squad that has been too nice at times; the two defenders certainly do that.

So, on paper I can see the logic behind the moves they’ve made. I also think it’s fair not to be especially excited by either of them, but I don’t think that’s why we’ve brought them in. They’re here to add something to the squad right now, players who can come in and do a job immediately, as well as helping to develop some of the younger players we have coming through.

In defence, there are high hopes for the likes of Calum Chambers, Rob Holding and Konstantinos Mavropanos, so having experienced players who can provide them with guidance both on and off the pitch makes a lot of sense. There shouldn’t be any real issues with adaptation when you’re dealing with men of this age, so doing these kind of deals now allows the new recruitment team time to develop a longer-term strategy.

It also ties in to what we can realistically expect from the team next season. I’m excited and optimistic about having a new head coach and what he might bring, but let’s not ignore the fact this is a team which finished 37 points behind the champions and 12 points off the top four last season. That’s a considerable gap to make up, and the teams who finished above us are going to spend money too.

This is the start of a new era, but we’re not yet the exciting, attractive place we want us to be. The top draw players have better options available to them right now, and one of Unai Emery’s tasks will be to make us a destination that these players will consider. That means getting Champions League football again, and building from there, but it’s going to be a real challenge, and until then we have to acknowledge there’s a transitional element to what we do and how we do it.

Sokratis, who likes to be known as Papa and who reminds me so much of the cartoon dog Droopy, spoke about joining the Gunners, and outlined his defensive philosophy:

I like that my team doesn’t concede goals and I like the zero in the defence of course. I will do everything to help achieve these goals. I think that a defender first has to defend, to protect the goal, and then after if he can help in front a little bit for the game, then it’s good. But first of all, he has to defend.

I like that, who wouldn’t? And he also touched on the calls he got from his former Borussia Dortmund teammates, Aubameyang and Mkhitaryan:

I spoke to them a lot. They said to me the best things about this club, that it is one big family and of course they also called me not every day but a lot of times telling me to come here. It’s also very beautiful that I’ve come to one team but I also have two players who I was together with for a lot of years. I know them both very well and I’m very happy.

So, another one in, and I suspect that this month will be quite busy on the transfer front as we get ready for the new season. For more reading on Sokratis, what kind of a player he is, his struggles last season, and what he’ll bring to Arsenal, check out this profile piece from Lewis Ambrose. Sometimes a change of scenery can do a player good, so let’s hope that’s the case with him.

In World Cup news, Brazil beat Mexico 2-0, in large part thanks to Neymar’s quality as a footballer, but his antics overshadowed that once more. The rolling around on the sideline was absurd, so much so that it made people ignore the fact the Mexican player was in the wrong, but when you overreact the way he did, behaving like that, what else can you expect? I suspect he doesn’t care one bit though, and I think Ken Early summed it up well in a piece for the Irish Times.

As for the other game, well my decision not to watch the second half of Belgium v Japan because I was expecting very little from it will have to go down as one of the worst decisions of the tournament so far. I watched the highlights but I’m slightly gutted this morning I didn’t get to see what was an extraordinary 45 minutes in real time. Heartbreaking for Japan, but there you go, that’s football.

It’s also a reminder that you can’t take anything for granted at this World Cup, something which will no doubt be drummed into the England players minds as they take on Colombia later on. There’s Arsenal interest in the other game too as Granit Xhaka will play for Switzerland against Sweden, although Stephan Lichtsteiner is suspended.

Right, that’s that, check out the brand new Arsecast Extra if you need something to listen to, and I’ll be back tomorrow with more. News over on Arseblog News throughout the day.

Unai Emery needs to make a case for the defence