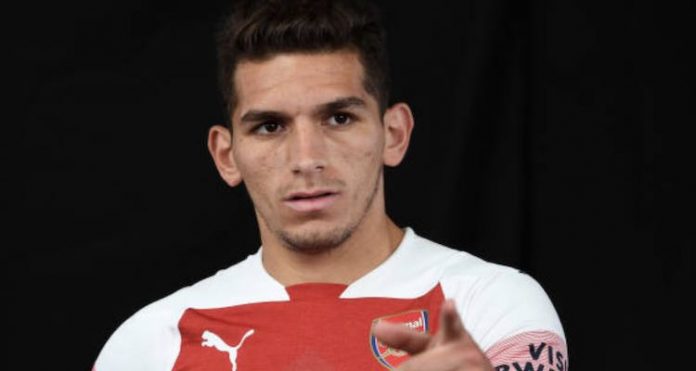 It’s rare these days that a signing is a surprise, so it’s no surprise that yesterday’s signing was not a surprise. At last, Lucas Torreira is an Arsenal player, the Uruguayan put pen to paper on a five year deal, joining from Sampdoria for around €30m.

Up until now the common thread of our summer recruitment was experience. Stephan Lichtsteiner and Sokratis Papastathopoulos have been around the block more than a few times, and even Bernd Leno has close to 400 first team appearances to his name at the age of 26. They’ve been signings which make sense but don’t exactly get the blood flowing.

Torreira is different. At 22 he’s a player who few had heard of outside seasoned Serie A observers, and I think he’s the kind of player we expected Sven Mislintat to target in his role as Head of Recruitment. I believe there’s been a collective decision to ensure that experience helps consolidate this current squad as it looks to cope with the upheaval of a departing legacy manager and a new head coach operating under a completely different structure. As I’ve said numerous times, I think that’s a common sense approach, and I can see the logic behind it.

However, you can’t only sign 29 year olds who have had some connection with Sven and Borussia Dortmund. You need to complement that experience with some youth and potential, and there’s no doubt Torreira has that. For most of us, our impression of him as a player comes from the World Cup, where he did well and looked to possess qualities which our midfield could certainly use.

He’s at an age where he’s still got a fair bit to learn, so while he’s undoubtedly the most interesting arrival of the summer so far, he might also need a bit more time to adapt than others. The shared language with Unai Emery will go some way to help in that regard, and he’s already spent five years in Italy, so homesickness shouldn’t be a factor. Nevertheless, a new language, a new country, a new club and a new style of play are issues he’ll have to contend with, so perhaps a little patience might be required, but maybe those years in Italy will help him hit the ground running.

In Lucas Torreira, we have signed a young player who is a very bright talent in the game. A midfielder with great quality, I have enjoyed watching his performances for Sampdoria in the past two seasons, and we all saw him do very well for Uruguay in the World Cup. He is a young player already with good experience, but who wants to keep on growing. We welcome Lucas to Arsenal and look forward to him joining us soon for pre-season.

Midfield has been a difficult issue for us to solve over the last couple of seasons. Since the injury to Santi Cazorla, Arsene Wenger tried lots of combinations with mixed success. Sometimes it worked, sometimes it didn’t, but very it often felt like something was missing. The ‘New Vieira’ type player people yearn for and pine over is wishful thinking. There was only ever one Patrick Vieira, but aside from that football has changed and the success of someone like N’Golo Kante has shown us that size and physicality aren’t prerequisites of an effective defensive midfielder anymore.

The club have obviously identified a need to add what’s lacking to midfield, and have decided Lucas Torreira is the man to do it. I’m excited to see what he can bring to this team, and although I suspect he’s likely to miss the first couple of games as he returns late from his World Cup exploits, he’s got time on his side to make his name at Arsenal.

He’ll wear Mesut Ozil’s old number, 11, which is a bit odd for a defensive midfielder, but there you go. Nothing in this world is a surprise anymore, but this is kind of the least of our worries. We spent years with a right back wearing the number three, so this is no big deal really.

For a more in-depth look at what kind of a player he is, what he did at Sampdoria and what he might do for us, check out the piece below from @_PhilCosta:

Lucas Torreira analysis: What will he bring to the Arsenal midfield?

Meanwhile, video footage emerged of the young Frenchman, Matteo Guendouzi, signing his Arsenal contract, but that has yet to be made official by the club. I imagine they didn’t want to take spotlight of Torreira on his big day, but that looks like it’s a done deal. Like the Uruguayan, this one fits more into what I thought we’d get with Mislintat: a young player with lots of potential who will be given chances to realise that with us.

There’s a profile of him here on Get French Football News which makes it sound like some of the raw ingredients are there, it’s now about how he develops. In truth, this is the kind of signing Arsene Wenger made countless times during his time at the club, and it’s one of those that might go either way. Obviously we hope he’ll become an important part of the team, but it’ll take plenty of hard work to get there.

Finally in terms of signings, we nabbed the jewel of Sunderland’s academy crown yesterday, bringing in 16 year old Sam Greenwood. He can’t sign professional terms until he becomes 17 in January but he’s joined on a scholarship deal initially. He’ll fill a much needed gap at U18 level, and the best of luck to him as he begins his path towards the difficult goal of first team football at Arsenal.

Meanwhile, at the World Cup France are through to the final after 1-0 win over Belgium. It wasn’t perhaps the attacking classic people thought, but Deschamps game-plan strangled the life out of the Belgians, Varane was absolutely superb at the back for France too, so now it’s all about who comes through tonight’s match between England and Croatia to see what final we’re going to get on Sunday.

It should be a good one tonight. Because of the draining 120 minutes Croatia did against Russia on Saturday, I think I’d put my money on England but you just can’t say for sure with this tournament. Right, I’m off to meet an Arsenal legend, more on that over the coming days, and I’ll talk to you tomorrow here.