Home Columnists Lucas Torreira analysis: What will he bring to the Arsenal midfield? 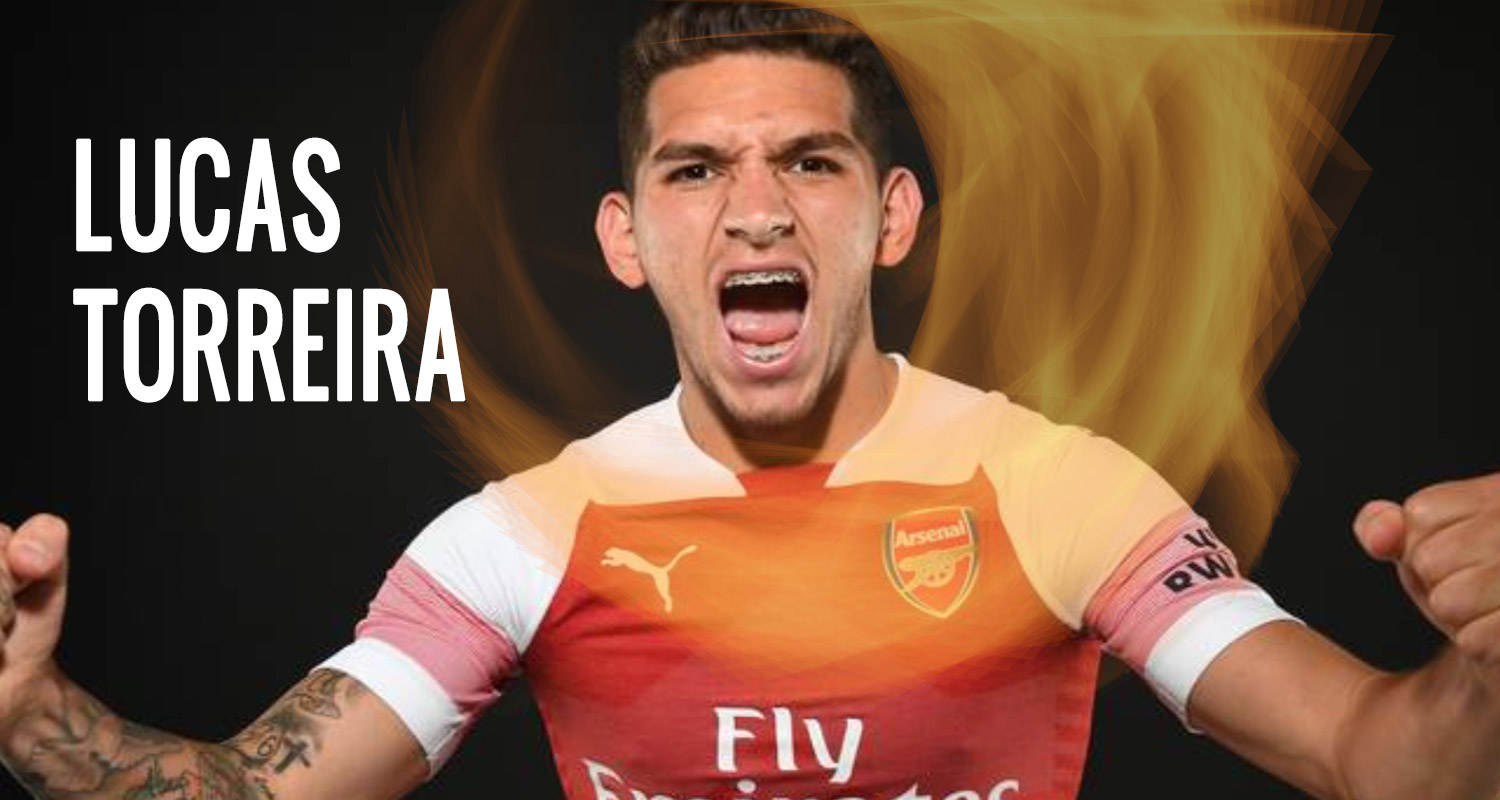 Arsenal have today completed the signing of Lucas Torreira from Sampdoria for £26m. But what kind of player are we getting, and how will he fit into Unai Emery’s plans for the upcoming season.

Thus far, the Gunners’ summer recruitment has followed a very clear trend: experience. With Stephan Lichtsteiner, Bernd Leno and Sokratis Papastathopoulos all coming into the club, over 1,000 appearances at the highest level follow them through the doors and will be tasked with bringing Champions League football back to the Emirates.

However, Torreira’s profile is significantly different at 22 years of age and, to most,he  remains an unknown quantity despite featuring for his country at the World Cup this summer. So just who is the Uruguayan, is he the answer to the long-standing problems in midfield and why is he costing the best part of €30m?

Under Marco Giampaolo, Sampdoria tend to use a midfield diamond with Torreira anchoring at the base. Alongside Édgar Barreto – who enjoys getting forward – and Karol Linetty – more of a tempo setter – I Blucerchiati have struck perfect balance and their excellent home form demonstrates that.

When you watch them play, their modus operandi is to keep the pitch as small as possible which means nobody is forced to cover lots of ground. In keeping with a Manchester City or Napoli style of play, the man on the ball will always have multiple passing options that can be executed quickly within one or two touches. This forces the opposition to follow the ball and not their men, which subsequently creates space for Fabio Quagliarella, Duván Zapata and Dennis Praet to cause damage further forward.

"Lorenzo bruh, have you not learned from Juan earlier?"

Place Torreira under the microscope and you’ll see why he is so important to this side. His natural instinct is to position himself close to – or even between – the centre backs, receive the ball on the half turn and distribute accordingly. Many midfielders shirk this responsibility because mistakes are usually punished – as Arsenal found out with Granit Xhaka’s early season form last year. But there’s something about Torreira that thrives under this pressure and his numbers back that up.

1817 of his 2188 total passes (83%) completed last season were ‘short passes’ which shows how high a volume of Sampdoria’s play is quick and intricate. However, when long balls had to be played, 116 of 165 (70%) were completed which is perfectly respectable for a team of their standing.

Technical security has also become scarce in the Arsenal midfield following the departure of Santi Cazorla, but Torreira shares a similar profile to the Spaniard that allows him to drop a shoulder, turn quickly and escape the clutches of a high press. Last season, the Uruguayan averaged 1.5 successful dribbles per 90 minutes, a rate that bettered every other midfielder at the club excluding the now departed Jack Wilshere.

The 22-year-old doesn’t just stand out for his passing though, and at risk of getting too lost in the numbers, it’s easy to see why Sven Mislintat would single him out. Torreira made the most tackles + interceptions (296) of any outfield player in Serie A last season, which is impressive in itself, but even more so when you look across Europe’s top five leagues and see that only N’Golo Kanté (311) could better him. He is very much a ‘clean tackler’, using timing and intelligence to win the ball instead of relying on sheer force and aggression, which can have consequences should you get your timings wrong.

Another huge positive to take is that since signing for Sampdoria in 2015, he has started all but two of the domestic matches he was available for. Injuries have been a significant issue for Arsenal over the years and having a consistent figure in midfield could bring familiarity and balance to the side.

What also makes the 22-year-old such an astute signing is the variety he offers Unai Emery. He can play with or in place of Xhaka, alongside Ramsey or with both in a three-man set up. Different games require different systems and blending these sets of attributes (much like Sampdoria do) could leave the side in good stead for ‘big games’ where they have so often struggled.

“If Torreira were 1.8m tall, he would already cost €100million and be considered among the best midfielders in the world,” Giampaolo told Corriere dello Sport in March. “He can play it short or long, wins the ball back, restarts play and always seems to know where the ball will be. He’ll soon go to a big club that does not care so much about his stature.”

For all his impressive on-pitch work, the Uruguayan possesses valuable characteristics that many South American footballers absorb on their way to the top. In 2013, having just signed a contract with Pescara, coaches at the club thought he had suffered a minor foot injury and sent him to see a specialist. No fractures or bone bruising were discovered, but a series of blisters on his feet from training so hard. “He couldn’t even walk,” said Roberto Druda, the Pescara scout who signed him. “He had played on for months and months without telling anybody, but this is Lucas. His desire to succeed is phenomenal.”

Interestingly enough, he started his career as a striker and was viewed as a Carlos Tevez type forward who would harry defenders and battle for the collective. But then Pescara manager Massimo Oddo valued his qualities deeper in midfield – a decision that transformed him and his career.

We reiterate what we said previously: big clubs should be doing everything to sign Lucas Torreira.

A 22-year-old who combines raw grit with effective and efficient technical qualities; relentless mobility with spatial awareness and cynical intelligence – all for €25 million! pic.twitter.com/efyBs5sC2d

“It was pre-season training and the club told me to take a look at him and said, ‘If not, we’ll send him back to Uruguay’,” Oddo told La Repubblica. “I saw in him a football intelligence, personality, physical strength, but he always wanted the ball at his feet. So, I told him, ‘Why don’t you play as a defensive midfielder instead of the playmaker?’ When we agreed, I put him in the first team immediately.”

Torreira may not possess obvious star quality like Paul Pogba, Kevin de Bruyne or Naby Keita, but his skills set could prove unique. His feathered first touch, surprisingly stocky frame and ability to welcome the ball in central areas are priceless for the modern game. Some have alluded to size being an issue, but looking closer to home, Chelsea have Kanté, Manchester United have just signed Fred and top clubs across Europe are still courting Jean-Michaël Seri who all share a similar physical profile.

As Marty Rubin once said, “lice don’t seem so small when they get in your hair.”

My take on Torreira: energy to burn, efficient passer, great tackler, small but deceptively strong and schooled in the Uruguayan school of shithousery. Would heavily endorse this deal. ??

Midfielders capable of thriving in a high intensity pressing environment that are still able to display consistent passing ability are infrequent. Arsenal have just acquired one for great value. Lichsteiner, Leno and Sokratis may well add bulk to the side, but Torreira is the type of signing many expected under Mislintat and in my opinion, one to be really excited by.