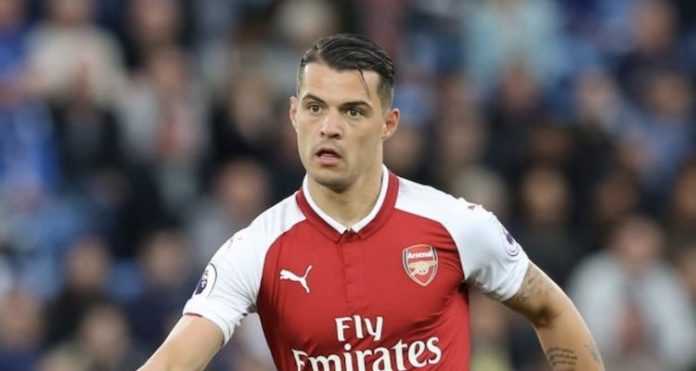 Look, let me be very clear from the start here. I know regular readers will understand this perfectly well as I have clarified my position on this more than once, however, just for anyone who might be stumbling across the blog for the first time, or for those who have not been paying attention: I do not like it when Cristiano Ronaldo is happy.

Nevertheless, last night’s 3-3 draw between Spain and Portugal, in which he scored a hat-trick – the last goal a sensational free kick a few minutes from the end – was a bloody brilliant game of football to watch despite the fact that he was clearly very happy with himself and the result.

Sometimes there’s a price to pay for something good and this was it, I guess. Unquestionably the best game we’ve seen in the tournament so far – although that’s a pretty low bar when you consider what’s come before – but I think we’ll be lucky if we see anything better than that between now and the final.

I suppose the thing that provides some balance to Ronaldo’s happiness is the fact that Diego Costa with his mere two goals won’t have been pleased at the end. So, like magnets of cuntitude, they repel each other’s pleasure and I can exist in the middle of that having seen some really top quality football.

I did not see a lot of Iran v Morocco, but an own goal gave the Iranians a win in that game. I did sort of watch Egypt v Uruguay while I was working, mostly to see our potential new signing Lucas Torreira. Sadly, he didn’t come on until the very late stages and didn’t really get involved too much.

It was a heartbreaking climax for an actual Arsenal midfielder though, as Mohamed Elneny couldn’t prevent a late winner for Uruguay, and there was even a bit of Luis Suarez nonsense near the end where he dived and you could almost see him thinking about biting the leg of the defender on the way down. For now, he kept his gnashers to himself but his gnawtacular alter-ego, Sir Chompsalot, is in there bursting to get out, you just know it.

Today we have France v Australia, Peru v Denmark (no Bendtner, no party, no making sweet sweet love to a Russian taxi), Argentina v Iceland (come on Iceland!), and Croatia v Nigeria this evening in the battle of the kits. Arsenal interest today comes via Alex Iwobi for the Super Eagles, and that’s it because Olivier Giroud wears a hideous shade of blue these days which really doesn’t suit him but it is what it is.

Meanwhile, away from the World Cup the main news is a new contract for Granit Xhaka, who has put pen to paper on an extension to his current deal. I’ve been curious about whether or not Unai Emery sees him as the right fit for his midfield, so now we have our answer. The Spaniard said:

I’m delighted that Granit has extended his contract with us. He’s an important member of the squad and is still young so will be able to develop even more.

I hope he has a successful World Cup with Switzerland and comes back fit and ready for the new season.

Xhaka himself spoke from the Swiss camp about the deal, the move was backed by international teammate and new signing Stephan Lichtsteiner, and I have to say I’m pleased by it. He played all 38 Premier League games last season, starting 37, and while the first part of his campaign verged on disastrous, the second half of it showed us a player who has plenty to offer and is at an age when he can still improve.

With a coach like Emery, who is likely to provide greater detail in his instruction, I think Xhaka can really kick on from here. You wonder as well if Lucas Torreira is seen as the kind of foil he’s needed alongside him. Somebody who can cover the yards and do the dirty work that the former Borussia Monchengladbach isn’t necessarily best at.

The defensive side of his game can be worked on, no doubt about that, and it’s lapses of concentration that are his downfall more often than not. At 25, and with his experience to now, if Emery and his coaching staff can get him focused and provide him with the right partner in midfield, I think we could see the Xhaka of the second half of last season on a more consistent basis.

He’s still got to convince some people, but this is a show of faith in him from the new regime who, if they wanted to, could go in a completely different direction without him. I have a sneaky feeling that he might even get handed the captain’s armband, but that’s just a gut feeling, and not one based on inside info or anything like that.

For some extra reading on Xhaka, Tim Stillman wrote about him for his column this week, providing a bit more depth about his improvement last season and why Arsenal have clearly decided to build around his strengths. Now, it’s about addressing his weaknesses, but as I said the potential signing of Torreira seems a significant part of that, so let’s see how it goes.

Beyond that, not a great deal happening apart from some whispers about Jack Wilshere going to Crystal Palace. There have been some stories about him wanting a loyalty bonus to leave, which doesn’t make a lot of sense because his contract expires in June. I do wonder if there’s a bit more to it than that. Talk of an agreement between the player and club was rife towards the end of the season, then it all went quiet again, so maybe there’s a different kind of contractual wrangle complicating his departure.

Finally for today, yesterday’s Arsecast is well worth a listen if you haven’t already, so you’ll find all the links you need below. Have a great Saturday, more from me tomorrow.