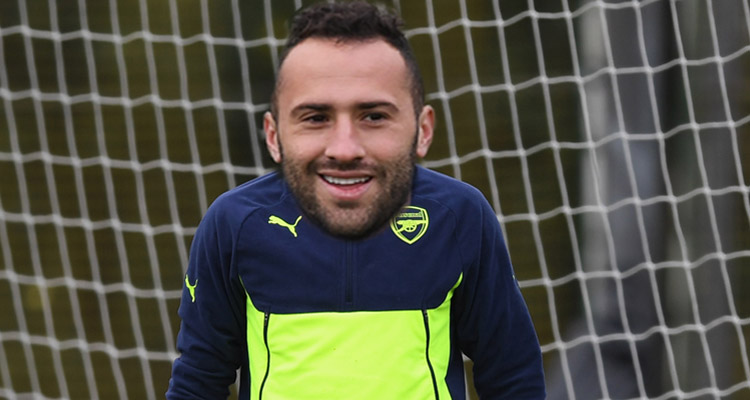 Morning all, happy Friday. The World Cup kicked off last night with the hosts Russia handing out a bit of a pounding to Saudi Arabia, a 5-0 win is a very nice way to kick off the tournament for them.

It wasn’t the greatest game I’ve ever seen, but what I enjoyed about it was there was a lot of stuff in it I could identify with. Sometimes you watch football and you’re in awe of the players physicality, their skill, their technique and their vision. You realise that they’re on a different level entirely. Not even a level that’s close. One so far out of your reach that you feel like Santi Cazorla trying to purchase a top shelf magazine.

Other times you look at it and think ‘Hey, I could have not marked that bloke just as well as that guy!’ or ‘I’m quite sure I could have given the ball away even better than that!’. There was a fair amount of that in the game yesterday. Slipping. Falling over. Passing it straight to the opposition. A bloke in goal who looks like the real goalkeeper didn’t turn up and the reserve centre-half said ‘Ok, I’ll do the first half’ but ended up playing the full 90 because nobody else would take over at half-time.

Then we were treated to a wonderful image that captures the very essence of football itself:

That’s where the TV cameras went after the first Russian goal. You can insert your own caption but if this tournament produces a more iconic image than Vladimir Putin shaking hands with crown prince Mohammed bin Salman across the emasculated groin of FIFA lickspittle Gianni Infantino I’d be very surprised.

Today though, there’s some better fare on offer as Egypt play Uruguay. It’s potentially Mohamed Elneny versus Arsenal target Lucas Torreira (listen to today’s Arsecast for more on him), so that’s one to keep an eye on. Kick off there is 1pm. After that Morocco take on Iran, and this evening it’s Spain v Portgual which is always a tasty one, but today it’s even more so because of the craziness of the Spaniards sacking their manager on the eve of the tournament.

I’m hoping for some good football and some top class bastarding from Sergio Ramos who, leaving club fealty aside, has some ructions with Cristiano Ronaldo. Slapping, scratching, biting, raking, suplexes, I’m open to pretty much all of it. And some good football, of course.

Meanwhile, back in the land of Arsenal as links to German goalkeeper Bernd Leno grow, we’ve reached that point of the summer where David Ospina has been linked with a move to a Turkish side. It’s genuinely not an exaggeration to say this has happened every year since he joined.

It’s one of the ways you know it’s actually summer. The weather is warmer. The days are longer. The kids are off school. And David Ospina is involved in a Turkish transfer saga. This time it’s Fenerbahce, but we’ve seen reported interest previously from Besiktas and Galatasaray.

If he manages to see out another off-season without a move, the same stories will emerge this time next year, regardless of the fact that he’ll be out of contract. To make everyone’s life easier, simply delete where applicable:

If not that, David Ospina has been linked with a turkey. An actual live turkey. Since meeting at a petting zoo, the Colombian international and the bird named Templeton have become inseparable. They go everywhere together and may even secure a TV deal with Netflix for a show tentatively titled Gobble Cops.

Anyway, I suspect this might be a summer too far for Ospina and Arsenal. If we’ve given Cech number 1 and we’re out on the market for a younger keeper, that’s surely got to be that for the former Nice man. He seems like a perfectly decent fellow, but three into two doesn’t go, and he’s clearly been earmarked as the man to make way. That said, I’ve expected his departure a few times before now and it’s never happened so until it’s done and dusted you can’t be 100%.

Right so, not a lot else going on this morning, but there is a brand new podcast for you. I chat to James Horncastle about our interest in Sampdoria’s Lucas Torreira and he gives us the lowdown on the Sampdoria midfielder and how he might work under Unai Emery at Arsenal. There’s also some Arsenal history chat around a great new book called Royal Arsenal: Champions of the South, so check it out, everything you need is below.