During Arsene Wenger’s three week farewell tour, it became a little dispiriting to see how few people understood that it’s perfectly logical to want a manager to leave, but to be grateful for their overall achievements. Basic emotional intelligence dictates that it’s perfectly possible, nay routine, to hold viewpoints that do not neatly align. People are not filing cabinets, they are a complex factory of thoughts and feelings.

Yet as Arsene swaggers off over the horizon and Arsenal conduct the business of appointing his successor, I find myself struggling to reconcile equal and opposite feelings as momentum behind Mikel Arteta’s seemingly imminent appointment gathers pace. A new managerial appointment is not a process Arsenal fans have experienced in the modern age.

In that respect, it is interesting to see the coverage play out much like a player transfer with the slow drip, drip of information gradually accumulating into a tidal wave. Following these developments has proved to be a very foreign, almost remote feeling. Like watching yourself back on a video recording- you know full well it is real but somehow your brain does not quite assimilate it fully. Maybe this slightly otherworldly experience has contributed to a maelstrom of contradictory emotions.

Because the thing is, I have huge reservations over the appointment of a novice like Mikel Arteta, yet I really want it to happen. After 22 years of Arsene, of observing and absorbing his every mannerism, his every verbal tick, his modus operandi, his tactical persuasions and of watching Arsenal crash in the same car in a slightly different way for seasons innumerable now, we are left to face up to the total opposite.

Arteta wouldn't be my choice, I don't think. But I do think it's probably the most exciting option, if you get my drift. After 22 years of knowing your manager inside out, suddenly, you get the mystery box.

It looks like Arsenal are replacing the legacy manager with a guy that has never managed a football team in his life (not in an official capacity anyway). How does Mikel Arteta organise a defence? How does he organise an attack? What is his style of play? None of us have the foggiest idea and there is something pretty exciting about that to me.

After years of debate, counter debate, stupid, reductive acronyms and in fighting, all of a sudden we are all left with no option but to wait and see what is going to happen. To have concerns is perfectly understandable and human, I know I have many reservations. Yet a complete left turn from the last decade or so seems incredibly appealing to me somehow. Or at least it will be until such time that this move has blown up in Arsenal’s stupid faces because YOU APPOINTED A GUY THAT HAS NEVER MANAGED BEFORE! WHAT WERE YOU THINKING?!

This is like Paul Weller splitting up The Jam and forming The Style Council, or KLF burning £1 million in cash. You wanted change? Here’s change! Ultimately, our reservations are pretty baseless until Arteta actually clambers into the dugout a few times. For the supporters at least, this is a complete leap into the dark. I have no idea how this will pan out- I am not convinced it will work out well, but I am incredibly excited to find out.

As I have tried to wrap my head around this ballsy / risky / reckless (delete as disposition dictates) move, I have probably deluded myself into rationalising it. The first thing to understand, however, is that while we have absolutely no idea about Arteta’s suitability, the decision makers at Arsenal are working with a little more raw material. While still a huge risk, it is not quite as much an unknown quantity to them as it is us.

They will have observed Arteta up close during his time at Arsenal. During the last two years of his Gunners tenure, he was effectively already a coach in waiting. The Arsenal board will have monitored his work at Manchester City too. Given the pertinent fact that HE HAS NEVER MANAGED A GAME, Arsenal are still gambling on theory translating into practice, but at least they have a theory- which is more than we, the supporters, have.

Whether or not you trust the decision makers at Arsenal to oversee that transition from theory to practice is another subject altogether……I have seen many Gunners fans refer to Arteta as a “yes man” for the Arsenal board. I have to say I am not entirely sure where the germ of this idea was formed. There is little to no evidence that Arteta ever was, or would be, a “yes man.”

He was offered a role with the club in 2016 and said “no”, which doesn’t seem like the sort of thing a “yes man” would say. He would work alongside the likes of Raul Sanllehi, Sven Mislintat and Huss Fahmy. Having never worked with any of those individuals previously, it is difficult to understand how there is such confidence that he would be a purely submissive presence.

I mean, that might end up happening, but like everything else around this appointment, there is just no evidence either way at this stage. Joining Arsenal’s coaching staff upon retirement would surely have been the easier, more comfortable move for Arteta and those far closer to the club than I will say he was a more assertive presence as a player than people realise. I also think people underestimate just how much churn there has been on the playing side since he left in 2016.

Arsenal are building a totally different managerial structure now and this strikes me as a move influenced by the Bundesliga. Gazidis is a known admirer of the Bundesliga and how its clubs operate. In Germany, clubs are far more comfortable appointing young coaches as part of a management triage, with more experienced administrator types running operational matters.

The potential upside of appointing a 36 year old if he does indeed turn out to be one of the world’s great upcoming coaches is significant. If bigger, more established names are not available, Arsenal are probably going to have to take a risk on the next big thing. Much the same is true of their player recruitment, where Mislintat’s appointment illustrates the emphasis on signing “before they were famous” types to make marginal gains against immediate competitors.

Assuming reports are true and Allegri is not interested, then there is a large element of risk in whoever Arsenal appoint. It looks like they are going to take a bit of a gamble on a potentially large upside (which clearly contains a large potential downside), rather than a safer, more ‘middling’ appointment like Jardim or Ancelotti. Again, we are on the delicate knife edge between theory and practice here, but it is possible to follow the thinking if you tug the thread a little.

Personally think Arteta a better choice than some older coaches who have now been round the block. They don't need stability. What's being stabilised? They need energy.

Arsenal are arguably in a position to roll the dice at this point. They are protected by wealth to the point that finishing outside of the top 6 would take a catastrophic collapse. The Gunners lost seven consecutive away games in 2018 and never looked remotely like dropping below 6th. And even if the sky falls in and they have ‘The Mourinho / Moyes season’, the difference between finishing 6th and 8th is negligible anyway, quite frankly.

This appointment feels a little like juggling with eggs. It’s probably not a good idea, but somehow it gets my heart racing in a way that none of the other candidates do. Excitement is top of my Maslow triangle of needs when it comes to football and this move excites me, even though I would not bet any money on it working.

There are walks of life where taking a bit of a risk is not advisable- laser eye surgery, the global economy, diagnostics, nuclear physics. But football is a relatively consequence free environment- the worst thing that can happen is that your football team is a bit shit for a while (certainly in the case of a wealthy club like Arsenal).

There will be plenty of time for rancour when it has all inevitably gone tits up, but right now, I really want to see what’s in the mystery box. 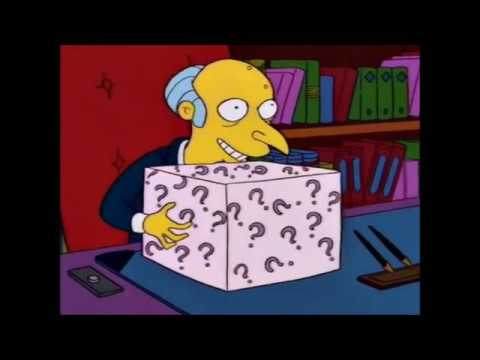 Renowned Arsenal historians Andy Kelly and Mark Andrews and I have written a book about the tumultuous early years of Arsenal Football Club covering the period 1886 – 1893. ‘Royal Arsenal- Champions of the South’ is available for pre-order here.

Previous articleWho are we now, and what do we represent?
Next articleEpisode 473 – Mikel Arseteta