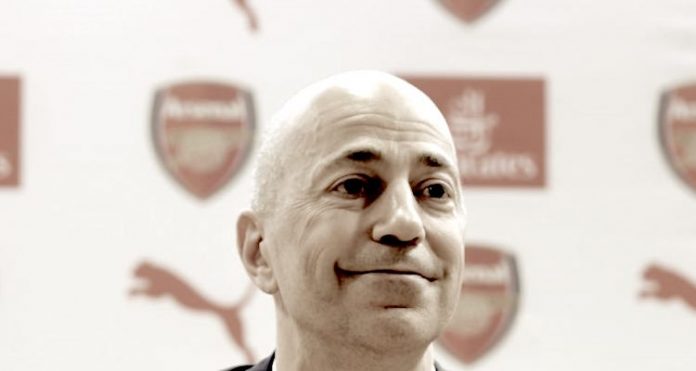 Yesterday’s post outlining what I felt were legitimate concerns over the rumoured appointment of Mikel Arteta as manager sparked some excellent discussion. Of course, as this is the Internet, there were extreme views one way or the other, but for most it’s a nuanced situation.

Potentially it could be a very clever decision in the circumstances; but equally it raises questions about how the people who run Arsenal view our future. Does this really speak to what Ivan Gazidis referred to as ‘an extraordinarily ambitious club’ back in 2013 when he made that famous comparison to Bayern Munich?

There was some debate last night as to whether he was speaking about being like them financially, or sportingly. As ever with Gazidis it’s vague and ambiguous enough to be one or the other, or both if you’re that way inclined, but when you’re the chief executive of a football club – which at that point had gone eight years without a trophy – fans don’t want to hear that we could compete in the Balance Sheet Champions League or become the Cash Reserves Champions.

You start talking about competing with the likes of Bayern Munich, it’s about football. Or it should be at least. Even then it’s a somewhat spurious comparison. Bayern are the biggest club in Germany, a trophy winning behemoth who, when they’re faced with emergent competition, can buy the best players from those teams to cancel it out and ensure the playing field remains uneven and in their favour.

That’s not who Arsenal are. We’re not a traditional powerhouse. Manchester United would have been more like it in England, not us. Now you ask if we are still extraordinarily ambitious? Is that truly what we are? You could make the point that putting in place new structures, new backroom staff, changing things up after 22 years and so on, is a sign of that, and maybe it is.

I have no real issue with a churn of staff, with people being let go – although I would hope that the decisions are being made for the right reasons, not personal ones as has been rumoured in some situations – and that they are communicated in the right way. But people losing their jobs happens in all walks of life, and there’s little doubt that over the Arsene Wenger era, there’s been a culture of comfort for some.

Some of the changes that have been made and are being made are ones which should have taken place long before now. Future proofing, putting in place structures which will support coaches and managers who are likely to be far more transient than Arsene Wenger was. I can’t see Mikel Arteta addressing the crowd in 2040, his perfect grey hair still not moving, as he says goodbye one last time.

But now it’s about finding out what the culture of the club is again. What are we? What are we going to be? What do we want to be? And how do we want to do it? Because right now so much of what we think of as Arsenal is in many ways Arsene. We can talk about upholding values, and ensuring that we continue our quest for youth development and so on, and while these were things that existed pre-Wenger (look at George Graham’s crop of academy graduates), they’ve become so intertwined with him that we have to step back and consider what this club is about and what kind of future we want.

If Arteta is given the job, I think we’re heading towards a slightly different transfer market approach, for example. Regardless of what you thought about Wenger, he was a big draw for players. Mesut Ozil says he signed because of him. Countless signings have said how much Wenger’s reputation made Arsenal a real draw for them. Even this week Pierre-Emerick Aubameyang spoke about how he thought he’d be working with the Frenchman for years.

Arteta, obviously, does not have that kind of draw yet, so we’re banking on people wanting to join the Arsenal because of who we are, our standing, our reputation, but perhaps most of all our potential. If players can see there’s something going on, that things are moving in a positive direction, that’s attractive, but they need to see there’s a clear philosophy. A making it up as you go along situation would be damaging on many levels.

Right now we’re hoping that Gazidis, Sven Mislintat and Raul Sanllehi are all singing from the same hymn sheet, ready to implement a clear and coherent plan. This holy trinity is now the football executive structure at this football club, how we operate is essentially down to them – within the constraints that Stan or Josh (or both) set down – and we’ve got to hope they’re all pulling in the same direction.

If we, as many have said before, operate like Borussia Dortmund have in the past and look to identify young talent with the potential to develop into top class players, it seems a not unreasonable way to go about things. Financially there are clubs in England and across Europe who can do far more than we can. We can’t compete if we have to slug it out with them in terms of transfers and wages, but if we’re clever we can find good players, bring them in young and improve them with good coaching (perhaps this is part of why Arteta has been identified).

I don’t foresee us breaking our transfer record anytime soon, having splashed out on Aubameyang in January and Lacazette last summer, funds are relatively limited – especially when you consider how many players we’re going to need to bring in this summer. So, if that becomes our modus operandi, buy young, make them good, sell a few high here and there, rinse and repeat, I don’t have any real issue with that because it makes sense.

When your billionaire majority shareholder isn’t going to put a penny of his own money into the club to fund transfers, what other realistic way is there? The challenge for the IRS, and the new manager/head coach – whatever you want to call him – is ensuring that we’re competitive in that kind of set up, rather than some kind of feeder club.

Fans understood and got behind Wenger’s project youth after we moved into the Emirates. It was a clear philosophy. It didn’t work out the way he wanted, but we weren’t in any doubt as to what was going on. And this is what Arsenal have to do now. Provide clarity as to how we’re going to operate on and off the field and for all the divisiveness around the Arteta appointment, I think most of us want to believe that we can move in the right direction so if there’s something identifiable to get behind, we will.

Arteta has been in London this week, but whether it’s him or anyone else, we need to understand what he is going to do, and how he’s going to do it. It won’t ease all the doubts, but even a small measure of transparency and perspicuity will go a long, long way.

Right, that’s that for this morning. More news in the usual place whenever it happens, and I’ll be back tomorrow with an Arsecast and all the rest.