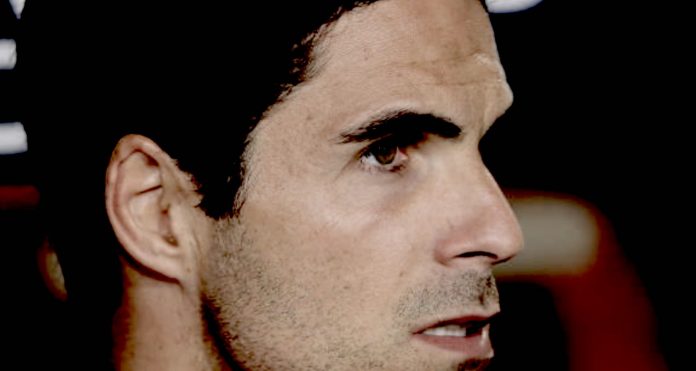 Sometimes people ask me, what time do you get up to write the blog? I used to aim for around 6.30am, more or less. Now I rise at Puppy O’Clock. That time when the puppy decides it’s time for someone to get up, so I let her out into the garden to perform her morning ablutions, make some coffee and sit down with my laptop to write.

This morning, despite my best efforts at puppy proofing the house, I have discovered that toys, tennis balls, dried out calves ears and all of those things were not sufficiently delicious but a laptop charging cable was puppy haute cuisine. Now, with 64% battery left for the day until I can get a new one, she is lying at my feet trying to work out what the hell hiccups are, because she has them. Each one is like a surprise from within, greeted with an occasional growl or bark because she doesn’t know what’s going on.

Now she is eating a lion.

Anyway, back to matters Arsenal and speculation continues to mount over the appointment of Mikel Arteta as a replacement for Arsene Wenger. This is something we touched on in some detail on the Arsecast Extra this week as it is not really a simple thing to discuss or consider.

On the one hand, there’s no doubt that appointing someone manager when they have never managed a game of football is kind of mental. Especially when it’s following on from a manager like Arsene Wenger, and experience might well be seen as a key ingredient to ensuring things go smoothly. On the other hand, Manchester United bringing in hugely experienced managers like David Moyes and Louis van Gaal could be viewed as evidence that this course of action does not guarantee things will go as smoothly as you would like.

Nevertheless, as a first job, Arsenal is going to be a huge challenge for a man who has never managed a game in his life. People often cite the likes of Zinedine Zidane and Pep Guardiola, but they each had a season in charge of the Real Madrid and Barcelona B teams. These are not the reserves by the way, they play in the Spanish second division, it’s competitive football against real teams and even one campaign gives you some grounding in the job.

I have little doubt that Arteta is a smart guy with clear ideas and philosophies about how he wants to play. I’ve read countless articles over the last few days about the work he’s done alongside Pep Guardiola at Man City, what a fantastic coach he is, how he has helped improved players like Raheem Sterling and so on. We know he was brought up at Barcelona, steeped in that tradition, and five years with Wenger and two working alongside Pep adds to a very decent footballing education.

I don’t doubt his intelligence, I think he has the character to make difficult decisions – even in a dressing room he was part of until fairly recently – and I don’t think his age should count against him. At the same time though, I don’t think it’s unfair to have concerns because this would be his first ever job as manager.

I’m fully aware of our history as a club of making appointments from left field that few people expect, but there is no comparison with George Graham (then 4 years as manager of Milwall), and certainly not with Arsene Wenger who, while relatively unknown, was 12 years into his management career and had won a league title and the cup in France.

But maybe football has changed sufficiently and maybe we’re not in any position to bring in the big name manager people want. I think this is a big job that a lot of good managers would be keen on, but 6th place, no Champions League and a reportedly restricted budget might not make it as attractive as it could be to someone like Max Allegri.

We have appointed a Director of Football and a Head of Recruitment and they, along with the more football focused chief executive, could provide the support network that an inexperienced option like Arteta requires. By the way, the stories which suggested Luis Enrique and Allegri weren’t keen on the Arsenal job because of the management structure are frankly absurd, given this exact structure is one they’ve worked in for most of their careers and would find in place at most clubs across Europe to one extent or another.

It makes me think this has always been about Arteta and reported interest in other people has been fodder to ensure the natives don’t get too restless. Objectively, Arteta’s appointment is divisive. You can see it in the reaction from fans on this site, across social media etc, and I’m not talking about the people who always moan about everything, no matter what. Just regular fans who can see that this is a risk.

It’s possible to want him to come in and succeed, to do a great job, and to be a breath of fresh air, and also harbour concerns about his ability to do the job. That remains a great unknown. Regardless of how much we hear about his ideas, and what an intelligent coach he is, we have no idea whether or not he can manage.

How will he deal with players? Remember that Thierry Henry video from the other day. He said something along the lines of ‘I was a pain in the neck, and I was only one player. You have 25 others’, and that’s a reality of the job. There is no one size fits all approach either, not these days. Ruling with an iron fist won’t work. It’s cliched, but some players do need the arm around the shoulder while others need the proverbial kick up the arse.

Contract demands, wage demands, agents being agents, the dynamics of a changing boardroom, power struggles, managing his own staff and coaches, not to mention the media who, more and more, are part and parcel of the job of a football manager. We have absolutely no idea of his capacity to deal with all these things.

The club might have a better idea, in fairness, because I assume they’ve spoken to him about it all, but from our point of view, we’re in the dark. We’re being asked to place our trust in a board which has not done a great deal to earn that in recent times, mostly because they’ve been hiding under a metaphorical table as the bullets have been flying.

Yes, we’ve made appointments like Sven and Raul and Aussie Fitness Bloke, and those are positive steps, no doubt about it. But this is the key decision, and there is a very fine line between bravery and stupidity and I think we’re on that like a tightrope when it comes to Mikel Arteta.

Let me just be clear: If he comes in I am behind him, I will support him and I want him to do well. I want him to do well because that means my club will do well. It could be the most forward thinking decision, one which works out brilliantly and afterwards we stand back and give all the credit that’s due for it, but I can’t pretend not to be concerned and a bit underwhelmed.

If you told me six months ago that the man we were going to bring in to replace Arsene Wenger would have never managed a single game of football in his life, I’d have thought you were crazy. I suspect that’s a position that most people would have held. If you saw it happening at another club you’d think they were bonkers.

And it looks like it’s happening at Arsenal. I realise we all want to be on board with a new era, and I won’t deny there’s something exciting about the prospect of it because it’s so far into the realms of the unexpected and unknown, but I can’t help be a bit worried about it for all the reasons outlined above. Is this a decision we’re making because we think it’s absolutely the best one we can make, or one which could illustrate how smart someone thinks they are?

It’ll all come out in the wash one way or the other, and suggestions are the announcement could be made by the end of the week. If you have thoughts, dip into the arses (comments) where discussion is usually lively but well mannered. I’m curious to hear what you think.