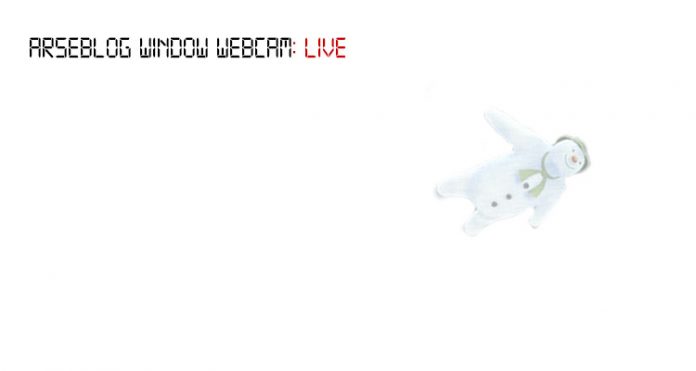 Happy Sunday everyone. We’ve woken up to snow here in Dublin, which is absolutely rubbish and has ruined the plans I had for the day ahead. I don’t want to go into too many details about what I had planned but I can assure you said plans were built around no snow whatsoever, and some snow has thrown a real spanner in the works.

I also have no bread. I made some bread yesterday but, concerned about over-consumption of bread, I gave most of it away to neighbours and all I want now is some of that bread. It would be rude to go back up the road and demand the return of the bread I gave them.

There’s an old saying in Irish which says ‘An bhfuil cead agam dul go dtí an leithreas‘ which means ‘You cannot take back baked goods from a man lest he plough you out of it with a stick’, and it’s very much in play this morning. I could make more bread of course, but there’s all the kneading and proving and shaping and that. It seems like a chore.

As you will have gathered, there is very little going on in the Arsenal world right now. The Interlull is full effect and I’m finding it hard to come to terms with the fact that we don’t play again for a good two weeks. That next game is against Stoke at home, and a quick look at the table ensures that this is a game which definitely should mean something in spite of the belief that our Premier League campaign leaves us with nothing to play for.

As I’ve written many times before, a big part of the enjoyment of being a football fan comes in taking pleasure at the misery of others. Like last week when we all cheered Petr Cech saving a penalty because at last Petr Cech had saved a penalty but mostly because Troy Deeney with his mouth larger than his arse had missed the penalty.

Would the Arsenal players on that fateful day in 2003 have reacted with such vim and vigour had Ole Gunnar Solskaer or Diego Forlan crashed a penalty against the bar instead of Ruud van Nistelrooy? Even with the simmering enmity between the two teams at that time I don’t think the reaction would have been the same. It was the fact it was the Dutchman, who everyone hated, that missed it that added fuel to that particular fire and led to Lauren throttling Phil Neville.

As there’s nothing else going on, let us take a moment to enjoy that again:

I think it’s the abject terror on the face of Neville that I enjoy the most. We can only see his profile, but there’s no doubting that he’s a man in fear of his life. Is it flashing before his eyes? Those memories of him and Gary playing football as kids and Gary stealing his toys and Gary giving him wedgies and Gary proudly showing off the fact he could grow a moustache now and Gary driving off from training after he’d been promoted to the Man Utd first team not wanting to be associated with a ‘youthie’ and Gary not being anywhere when Phil was being strangled by an Arsenal player on the pitch at Old Trafford. Oh brother, where art thou?

We can only speculate but I think that’s exactly what happened and he’d have looked for support from his teammates and there was none and the only thing standing between him and unconsciousness was Ashley Cole and he knew by Cole’s face that despite their England bond help was not forthcoming.

In the back of his mind, way way back, was the knowledge that never before had a footballer been murdered live on TV and at home in front of his own fans but the reality was he was very close to breaking the mould in that regard. Would he be remembered fondly by the die-hards on the Stretford End? Perhaps there might be a statue of him as a memorial. Or at least a page in the match-day programme for the next game. Maybe even something amusing in one of the fanzines which had never been that kind to him but in the circumstances – what with him being the first Man Utd player ever to be asphyxiated on the pitch during a top flight match – they managed a paragraph or two to commemorate him.

Then there’d be the regrets. A life lived not well enough and a future he’d never see. All those things he wanted to do, the places he wanted to go, the experiences he’d never have. Learning new things like how to speak a foreign language and how not to make terrible ‘jokes’ on Twitter which hadn’t even been invented yet but isn’t that the very essence of the future? That we don’t know what we’ll have to worry about and on what very public platform.

Eventually the light starts to fade, the noise dissipates into the background, the sound of the crowd becomes the white noise of the universe and there’s almost a sense of calm. A serenity overcomes him because now he understands his place in the grand scheme of things. How meaningless existence is and how fleeting. We are – as a great poet once wrote – just dust in the wind and into the wind he presents his being, his soul and let it take him where it will.

Then Lauren lets go and there’s relief, and maybe a bit of wee down the leg, and life goes on and my point is I really hope we beat Stoke because it might help relegate them and that would make me as happy as watching Phil Neville get throttled.

Have a great Sunday everyone.

Monday musings on forward options and rotation + Lauren on Bellerin

Former players urge Wenger to spend well in the summer