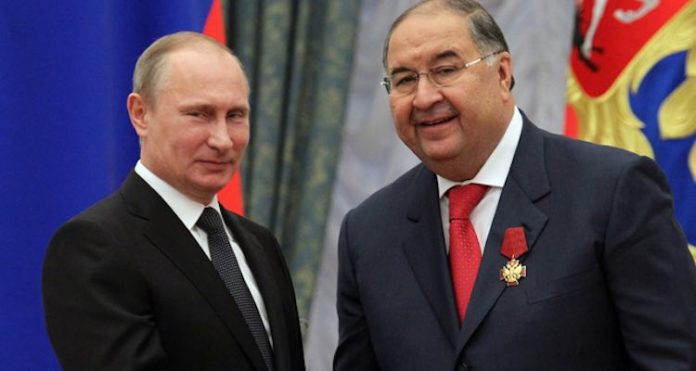 Morning all, hope you had a nice weekend despite the lack of Arsenal. Perhaps because of the lack of Arsenal, who knows? I didn’t watch much football but we have a Man United v Sp*rs FA Cup semi-final on the cards. Something of a Hobson’s choice there but hopefully a game in which there’s a lot of diving and fouling to enjoy.

I actually had a dream last night where I was hosting a big football event in Hollywood sponsored by a well known energy drink, and during the discussion we figured out a brilliant way to eradicate all the pushing and shoving and cheating that goes on at corners and set-pieces. It involved some kind of post-game analysis, but I can’t remember what the solution was in the end, so football will just have to carry on as normal for now.

Meanwhile, the current political climate (wherever you are in the world) is something I’m loath to get into for many reasons, not least of which is that I think we all need a little haven from it, and hopefully this website provides that for the most part. However, a report in the New York Times raises the possibility of Arsenal being affected by the ongoing contretemps between London and Moscow.

As I’m sure you’ve seen in the news, a former Russian spy and his daughter were poisoned with a nerve agent in Salisbury and remain in critical condition in hospital, as does a policeman who was also exposed. The British government have pointed the finger directly at Russia and expelled 23 Russian diplomats from the country, sparking a tete for tete as they have just done the same.

It’s a murky situation to say the least, but where Arsenal come into it is with the possibility of action being taken against prominent Russians or allies of Vladimir Putin, including freezing or confiscating their assets. Which leads us to a certain Alisher Usmanov. If you listened to the podcast I did last year with James Montague about football club ownership, he talks about Usmanov’s very close links with Putin, describing him as ‘one of Putin’s key oligarchs’.

He’s not alone there, of course, because Chelsea owner Roman Abramovich was, according to the book ‘Billionaires’ (around which the podcast discussion centres), “one of the key people making decisions to put Putin in power and he was a major beneficiary of it’.

So, Rory Smith writing in the New York Times this weekend says:

Both Britain’s prime minister, Theresa May, and her foreign secretary, Boris Johnson, have raised the possibility of striking back at Russia’s president, Vladimir V. Putin, by targeting the assets of oligarchs living in London. Alexei Navalny, the most prominent opposition figure in Moscow, has suggested such a move would win public approval in Russia. Send a message by punishing those close to Putin, those who benefit from his power, goes the logic.

Now, Usmanov and Navalny are not, it’s fair to say, the best of friends. The Arsenal shareholder has sued Navalny – a political activist and huge critic of Putin – for libel, and last year released a YouTube video in which he said ‘I spit on you, Alexei Navalny’, before releasing another one which he called ‘I spit on you again’ (there doesn’t appear to be anything further on the nascent development of PutinFanTV).

I’ve always been pretty uncomfortable with the idea of Usmanov being Arsenal’s white knight, because his background and the way he accumulated his wealth. I know it also opens up a very legitimate debate about how there are no nice billionaires really, and when you deal with men who have this kind of financial clout there’s a ruthlessness about them and the way they operate.

It’s curious that we just seem to accept it as one of those fundamental truths that we cant change in any way. ‘That’s just how it is’ appears to be the prevailing attitude, and I get it, but I also wonder if we shouldn’t be more outspoken. Look at how Amazon operates, for example. Their CEO doesn’t appear to be as villainous as a foreign oligarch but the fact they avoid paying tax on massive revenues undoubtedly has a negative impact on society.

I’m sure you could list of countless examples of how international giants, the ones who can afford it the most, pay the least while you and I cough up every single penny, and that’s just corporate culture, oh well. It shouldn’t be though, should it? Yet governments are complicit and corrupt and that’s how our society is built.

Back to Arsenal and Usmanov though, and whether it could have an effect on us. Will this British government bring the hammer down that hard? And if they did, what would happen to his shares if his assets were frozen or confiscated? Well, according to Phil Wall of the AST, someone would need to buy them and considering Stan Kroenke has tried in the past to get his hands on them, he’d be the most likely purchaser.

That would lead him, and KSE, into total control of Arsenal as his shareholding would mean he could make a compulsory purchase of all other shares as per the stock market/takeover rules. At the moment Arsenal’s own cold war means that although Kroenke remains in charge and can make all the decisions, he’s prevented from full ownership – a situation which would be hard to stomach for many of us.

I think back to when I began this blog back in 2002 and the idea that 16 years later the club would be almost entirely owned by two extremely unpleasant billionaires who hate each other would have been practically the stuff of fiction. And yet here we are, and potentially the situation could be directly affected by the alleged actions of two governments after an attempted murder.

We’ll have to just wait and see what happens, what sanctions might be taken, and how it might impact Arsenal Football Club, but this is football, 2018. What a time to be alive.

James and I will have an Arsecast Extra for you later this morning. It’s very quiet from an Arsenal point of view, so your questions and topics for discussion would be especially welcome today. Please send to @gunnerblog and @arseblog with the hashtag #arsecastextra and we’ll have the podcast for you before lunch.

Emery backs Ozil as we get worrying developments at board level