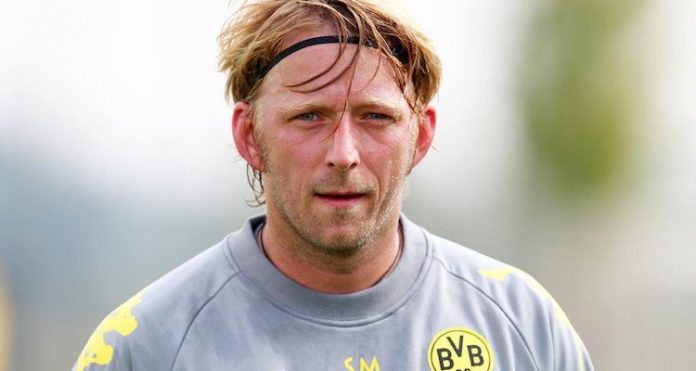 Yesterday we touched on the news that Arsenal were set to appoint Borussia Dortmund’s head of scouting, Sven Mislintat.

It seemed the deal was imminent, and so it was that the club announced his arrival in the afternoon. He will become the new ‘Head of Recruitment’, a job title which suggests he’ll be far more than just a scout. It implies greater involvement than simply finding players, and could well involve contract negotiations, player retention and beyond.

It’s not quite Director of Football, but it’s definitely closer to Football Executive than Head of Scouting, if you see what I mean. First and foremost, there is the need to look at the squad, identify where we have gaps now, and where we might need to fill gaps in the future – something that the contractual situations of a number of players demands.

I’m not sure about January, but come the summer we may have to replace our two star players – a leading goalscorer and a chief creator – not to mention rebuild areas like central midfield which really do need some added quality. That’s not an easy task but it might be made easier by having a dedicated person/team to deal with it and, dare I say it, some kind of plan (I may be getting ahead of myself here).

We are delighted that Sven is joining us. Identifying and developing talent is a core part of our philosophy and Sven has an outstanding track record over many years. We look forward to him taking our existing recruitment approach forwards.

And that’s the key word: forwards. Our issues at recruitment/scouting level have been ongoing for some years now. It’s not simply the fault of one department or one person, and the manager himself has played a part with his indecision at times, but tacit acknowledgement that we need make a change and improve things is a very positive step.

Hopefully it’s just the first part of a behind the scenes restructuring that will prepare us for an eventual life without Arsene Wenger. His comments from last week, when he spoke to beIN and raised the possibility that his position could be reviewed at the end of the season, were interesting. He insists he wants to see his contract out until the end, and it’s something he’s always done, but you do have to wonder.

If he is going to do that, then during that final season there has to be absolute clarity about his intentions at the end of the contract. We cannot have another six months of ‘Will he? Won’t he?’ dominating every press conference, every interview, like a cloud hanging over the club and the team. By his own admission it was a mistake not to do so last time around, and he felt it had an impact on how the team performed.

The arrival of Mislintat, who will begin his work in December, feels like a bit of a game-changer because even the title alone his job is one which – on paper anyway – takes some of the power away from the manager. I suspect that as long as Wenger is there, he will retain the final say over who comes in, but going forward we’ll be well set up to move to a more modern system which sees the club more involved in bringing in the players.

It doesn’t mean the next manager, or likely ‘head coach’, won’t have any input into who we buy because that’s not a healthy way to do it either, but it won’t be one man who will give deals the thumbs up or thumbs down. For a club which has always been quite traditional – and having a legacy manager in charge for 20 years plus doesn’t do much to change that – this is an exciting development.

I know we have embraced technologies down the years, from statistics to video work to medical equipment (cryo chambers and the like) but in terms of the management structures we’re not quite as up to date as we should be. This changes that, and there’s still a lot of talk that we want to bring in former Barcelona Director of Football Raul Sanllehi – making him our new ‘Director of Operations’.

Again it’s a title vague enough to not publicly strip power from the manager, and even if he did come in I don’t think that would be the case, but it would mean that when Arsene left we’re much more ready to transition to a new era, and new generation of head coaches/managers. The big question is who that coach might be.

For those on the Thomas Tuchel train, the arrival of Mislintat more or less rules that out. The pair had a serious falling out at Dortmund, and it was Tuchel’s treatment of him that made him consider the idea of pastures new. You would hope that the club have a shortlist of potential candidates, and regardless of what happens or how we are when managerial change occurs, the Arsenal job is still a seriously attractive one.

Anyway, we’re getting ahead of ourselves a bit there, but it’s interesting to see things happen behind the scenes rather than just being talked about or whispered in the newspapers. The club also confirmed the departure of long-time head scout Steve Rowley, and when you consider how few of Wenger’s backroom staff have left down the years, it’s a significant development.

For some extra reading this morning, our Tactics Column this week looks at the North London derby, and the way Wenger tweaked his team to help bring about that most enjoyable 2-0 win. Check it out here.

Right, at long last the arses are back, replacing the default WordPress comments we’ve been using for a while. You can access them underneath each post by clicking on the X Arses, where X = a number (see below): 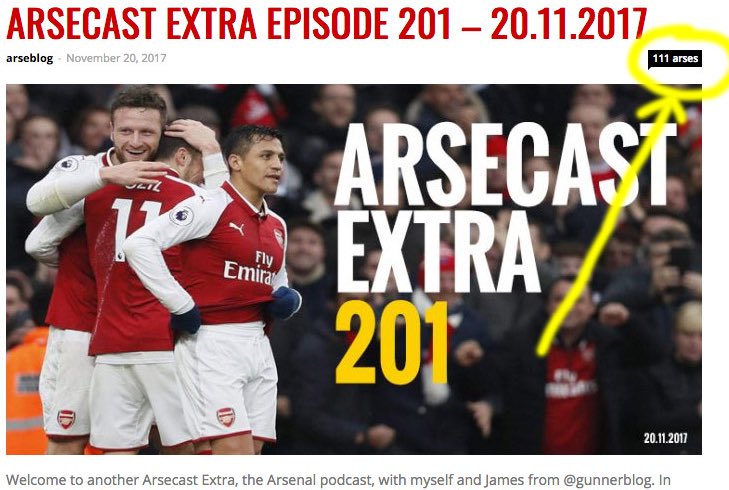 As ever though, there are a couple of things to deal with. I should go through them.

1 – You will need to register and sign up again. Although we didn’t lose any of the old users from the database, we felt that in terms of the whole project it was better to start clean, if you like. Sign up is simple and easy, you can use email or one of your social media accounts to do it.

2 – For those of you who had signed up for a ‘premium’ account, which provided access to the live blog, we will provide a full refund for you. Just drop me an email to thearseblog at arseblog dot com with ‘refund’ in the subject line, your details, and we’ll sort that out straight away. There’s still some work to do to get the live blog up and running again, but we’re making progress.

3 – For now, the arses link doesn’t appear when you view the site via a mobile device. We hope to get that fixed today, but in the meantime you can access them by requesting the desktop version of the site. On Android if you hit the top right with the three dots, you can select ‘Request desktop site’ and go from there.

I’m sure there’s a similar option for iPhone or iOS but I don’t have an iPhone so I can’t give you the details.

4 – The latest version of Firefox (Quantum) may have issues with scrolling within the arses window. There are two solutions. Firstly, copy and paste the arses URL into another Firefox window and that’s scrollable, or use a different browser like Chrome or Safari, which don’t have this issue.

If you notice anything else, please let us know in the arses, and we can work out the details and little issues that always arise. Beyond that, welcome back and let’s get chatting.

Finally for today, I’ll leave you with yesterday’s Arsecast Extra which, as I’m sure you’ll understand, was a very enjoyable one to record. We go through the win in the derby, what the team can take from it, the whole cup of tea stuff and the changing role of the media in football today, and lots more. Happy listening, more from me tomorrow.