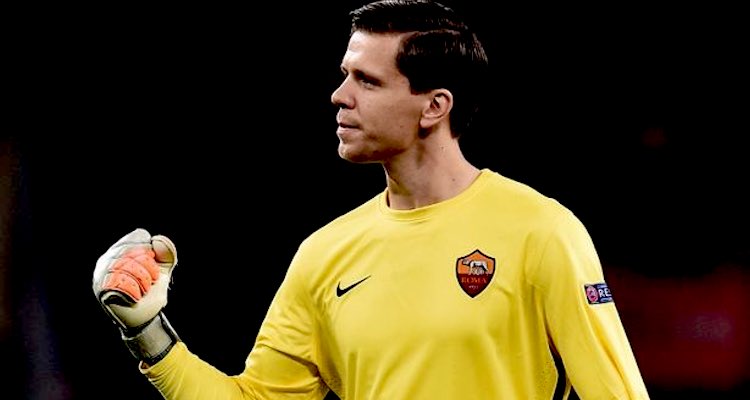 Morning all, welcome to another week. Further to yesterday’s assault on my leg, I’m glad to announce that I have indeed developed superpowers. I am now ITCHIEST LEG ON THE PLANET MAN. Stoopid scorpion.

Anyway, a few things are stirring today. First up, the future of Wojciech Szczesny. He’s spent two years on loan at Roma, and there have been stories linking him with a move to Juventus. These were denied by his agent who said that the 27 year old still had to talk to Arsene Wenger about his plans, but over the weekend some comments have emerged from Gigi Buffon which seem to hint pretty strongly he’ll play for Juve next season.

If I no longer want to play, I’ll stay at home because Donnarumma and Szczesny are good goalkeepers by merit, not because someone gave them something. It’s right that Juve want Szczesny.

Perhaps nothing has been done yet, but I think it’d be a shame if we let him go. Our own goalkeeping situation is not quite clear, with rumours of an Ospina move not quite as solid as they were, but he has been on record to say he wants to play more regularly so if he were to go it wouldn’t be a surprise. Then we’ve got a 35 year old Petr Cech, and as promising as Emi Martinez is, he needs to play some regular football before we can say he’s anywhere near ready to step up for us.

I realise for some Szczesny had his chance and blew it, but there are few absolutes in life. Unless his relationship with Arsene Wenger is so strained as to be beyond the point of repair, we should be seriously considering taking him back. As I outlined in January, there are lots of good reasons to do so, and if you read his recent interview with Amy Lawrence it’s hard not to be struck by how he has matured and grown up – as well as how much he loves Arsenal.

For those who have doubts over his quality, the most clean sheets in Serie A and being courted by the Italian title winners and Champions League finalists says plenty about that. So, personal issues aside, the only reason I can think of that we’re not bring back one of the best performing keepers in Europe this season is that we’ve got someone else lined up.

Quite who it is, I have no idea. There have been links to Sunderland’s Jordan Pickford, a fine shot stopper but his distribution requires a lot of work. Jack Butland at Stoke, maybe? Beyond that it’s hard to know.

Unfortunately, when players go out on loan at Arsenal there’s rarely a way back. There’s an element of ‘out of sight, out of mind’, but in Szczesny’s case I hope at the very least we give his situation the consideration it deserves, because good keepers are in short supply these days and he is one of them.

Meanwhile, in the least surprising development of all time, Serge Gnabry has signed for Bayern Munich. When he left Arsenal last summer for Werder Bremen, there were all kinds of whispers that the German giants were involved somehow, and that the 21 year old activated a clause in his contract which allowed him to go there is fairly incontrovertible proof of that.

It’s quite the rise for Gnabry who just a couple of seasons ago couldn’t get a game for West Brom. Now he’s a full international and set to play for one of the biggest clubs in Europe. It’s a move that has sparked some anger from Arsenal fans, and you’d have to say it’s a situation we haven’t handled particularly well.

From the loan to West Brom in the first place, hardly a club or a manager who suited him – even if there were serious questions about his attitude and application there – to allowing him to leave on a deal which had that kind of clause in it, it’s reasonable to ask questions. We’ve been good at sell-on fees before: you’ll remember Sp*rs had to pay us about £7m when they bought David Bentley from Blackburn, but we’ve definitely not managed this one properly.

Arsenal did want to keep him last year, offering him a new deal which Gnabry flat-out rejected after two years without playing first team football because of injury and West Brom, and with just 12 months left on his contract they sanctioned the sale. It’s one of those where it’s possible to be critical of both parties if you want, but considering the player has ended up at Bayern he’s done far better out of it than Arsenal have when you consider his talent and potential.

Whether this means anything for Bayern’s pursuit of Alexis Sanchez remains to be seen. As good as Gnabry might be, signing him wouldn’t preclude the capture of a player as good as the Chilean. The shenanigans around that, however, might make Arsenal less inclined to deal with them – although in recent years it feels like we’ve been something of a soft touch when it comes to selling players.

Gone are the days when we’d negotiate big fees for players who probably didn’t quite merit them, but then Man City have wised up a bit, I guess. Still, with PSG out of the running, anything that casts doubts over his departure this summer has to be seen as something as a positive for us. Let’s see what happens.

Right, that’s that. James and I will be here with an Arsecast Extra for you today. As ever if you have any questions or topics you’d like us to discuss, please send to @gunnerblog and @arseblog with the hashtag #arsecastextra.

Catch you later on for the podcast.