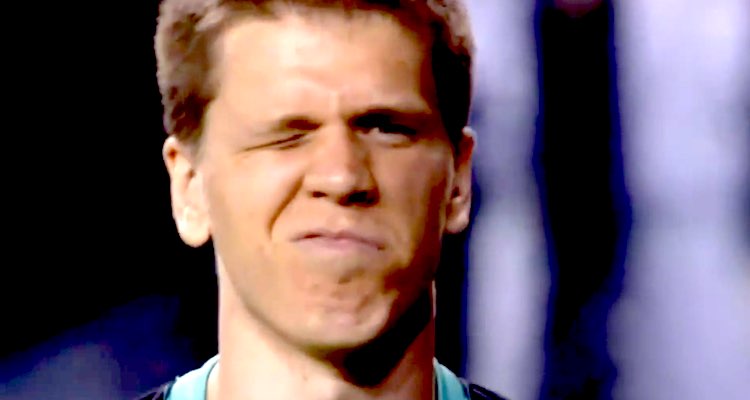 Again it’s very quiet. We haven’t signed any 24 year-olds who work as a milkman and who have dropped down to the Findus Crispy Pancake Southern Premier League Division 4 Premier Division Championship.

Man, I remember being quite drunk as a teenager one night and making Findus Crispy Pancakes in the toaster and they were still frozen in the middle when we tried to eat them but nobody died except maybe Liam Kavanagh who got sick, but I think he’s still alive. You never know these days.

Not that you can’t tell if someone is alive or dead, but whether they’re alive, working for whoever, or what. If only there were some website you could use that kept you in touch with all the old school friends you can’t be arsed to see anyway.

Anyway, here’s a thing: there are reports from Italy that Wojciech Szczesny might move to Roma on a permanent basis. A fee of around £16m has been suggested which seems pretty cheap to me, all things considered. Especially as I’d be well on for taking him back.

Yes, I know. I hear you. We did a little poll on the story over on Arseblog News, and the majority of people said they wouldn’t, but it wasn’t a landslide or anything. It was 58% let him go forever into that dark football night, to 42% bring him back. And look, it’s just a poll, they don’t mean anything, when people get out and vote it might be very different.

Update: Turns out I read the poll results wrong, it’s 58% to keep him. LANDSLIDE!

Here’s my case for bringing him back though:

1 – This summer he’ll be 27 years of age. He will have spent two years at Roma, playing in a different league, experiencing a different culture. He has got married, and has probably matured [a bit] as a person and a lot as a player. Given his departure had a bit more to do with his dressing room indiscretions than his goalkeeping, that’s a side of him that will be markedly improved.

2 – Despite being just 27, young in the life of a goalkeeper, he’ll have around 300 first team and international appearances under his belt. Remember, he was good enough at 20 for him to be made the first choice keeper here. Sure, you can hold up the Immutable Law of Almunia or the Fabianski Theorem as evidence that Arsene Wenger’s decision making when it comes to goalkeepers isn’t always as good as it should be, but there weren’t many people who didn’t feel that even a raw kid wasn’t a real upgrade at the time.

3 – His performances for Roma have been pretty good, a few mishaps here and there, of course, but that is the nature of goalkeeping. None of them are, or ever were perfect. We tend to think more kindly of those who have achieved things as part of a successful team, but let’s not pretend that even Jens Lehmann or David Seaman were without their faults.

4 – There really aren’t very many truly top class goalkeepers around, so unless we can find someone significantly better, having a 27 year old entering the prime years of his career with plenty of experience and ability, and the potential to improve, seems pretty decent to me.

5 – He’s a good shot stopper, good in the air, doesn’t stand behind the line when making saves, and is aware of his near post.

6 – Yes, his distribution needs some work, but then that’s true of many keepers, including the ones we’ve got at the moment. We wouldn’t be weakening ourselves in that regard.

7 – He grew up at Arsenal and has a real connection to the club. In this day and age when players are being accused of being mercenaries who have no idea what it’s all about, he definitely does.

8 – He hates Sp*rs. This, from the final day of last season:

10 – He’s a bit mental, and I think all goalkeepers should be a little mental. Perhaps not Bruce Grobbelar levels, but just a little bit. I like Petr Cech, but he’s not mental at all. David Ospina, he doesn’t strike me as mental in any way. Now, you might argue that a bit of mentalness in our keeper is not the difference between winning the league and not, and I’d tend to agree with you on that. I’m merely stating my own personal preference which is for the goalie to have a touch of mental to him. There’s little doubt Wojciech has that.

So, in conclusion, whichever side of this argument you come down on, I think have to agree this is a well-thought out plan, not one simply made up this morning because there’s nothing else to write about, and it’s one that Arsenal as a football club should give all due consideration to when they come to building the squad for next season.

Right, you can discuss the merits of Wojciech in the arses today, and we’ll have any breaking news over on Arseblog News where you can also find a lovely piece by Tim Stillman about Arsenal Ladies legend Kelly Smith who announced her retirement yesterday.

I’m back tomorrow with an Arsecast. Until then.