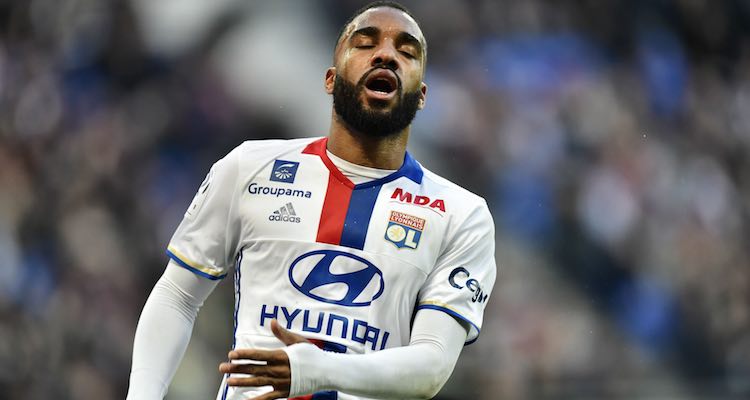 Good morning, I’m really tired after a night of very busy dreams. At one point I was playing golf with Aaron Ramsey and during the game he told me the ‘real truth’ about Arsene Wenger: that he is a vampire.

“Why do you think I’m always out injured?” he asked.

He was very convincing, but then it occurred to me that Arsene Wenger is often seen in daylight, so how did Ramsey explain that then?

“The blood of Welshmen allows him to walk during the day like no other. It’s what makes him special.”

And there really was no arguing with that. It explains a lot too. His apparent immortality, those fangs and that long cape. Why didn’t we see it sooner?

Anyway, onto matters Arsenal and according to reports yesterday, Arsenal have made a club record bid of €50m for Alexandre Lacazette. Lyon, usually a club quite difficult to deal with, have considered said bid and deemed it acceptable, now are afoot for both parties to meet early next week to complete the transfer.

I’m not really 100% sure how I feel about this. He’s been linked with us for quite a few summers now, we’ve never been prepared to stump up for him, and we obviously weren’t interested enough to compete for his transfer with Atletico Madrid who he was on the verge of joining earlier this summer before their transfer ban scuppered the deal.

It’s also a deal that suggests our pursuit of Kylian Mbappé is over: being turned down by the Monaco man might have been the thing that sparked us into life here. In that context his capture would seem particularly underwhelming, like trying to buy a Ferrari but having to settle for a very decent Peugeot saloon instead. It’s a decent car, just not the car you really wanted.

Lacazette is obviously a player who can score goals – 88 in the last three seasons – but question marks will remain. At 26 he’s stayed in Ligue 1 a lot longer than others, and with all due respect to that league, we have seen players in the past who have had great records there struggle to match that when they come to the Premier League. He’s also been behind Olivier Giroud at international level too, and when you consider how he divides opinion among Arsenal fans …

On the other hand, some players bloom later than others. Maybe Lacazette is one of those. Someone who, if he got the right kind of service, could bang them in in the Premier League. I guess we’ll just have to wait and see if and when it happens.

I do think £44m is a more acceptable fee than the £60m being touted over the last few weeks, but it does highlight how expensive the market is and what you can expect to get for that kind of money. I know it’s four and three years ago respectively, but for around the same price we got Mesut Ozil and Alexis Sanchez, players whose talents were far more convincing and whose arrivals excited people far more than this one would.

It’s also a deal that will mean someone’s gotta go. If we pay £44m for a striker, it’s not to sit him on the bench. I suspect, given all the talk about Giroud wanting to play more and the fact he’s turning 31 in September, that it’s our last chance to cash in on him. There’s talk of him going to Lyon as part of a swap deal, and also interest from West Ham should he decide he wants to stay in the Premier League.

I can’t see Wenger cutting Danny Welbeck loose at this point, so it could be curtains for the Handsome French Bloke. It does strip the team of some qualities which are very useful. Even if Giroud is no longer considered the starting striker, he’s definitely a player who can still contribute over what is going to be a long season – particularly with the Europa League to deal with.

I’d be inclined to hang onto him, until January at least, and if he’s not getting enough football ahead of the World Cup next summer then I think we’d do what we generally do in that regard, and give the player a move to help him cement his international place. However, the smart money, considering we’ve got other business to do, would be on us lessening the financial impact of the Lacazette deal so we can get other players in.

At the very least, it tells us that things are beginning to move, although this is clearly just a very small part of what we’ve got to get done during this off-season.

Right, that’s that for this morning. Have yourselves a great Saturday. Any further news will be over on Arseblog News, and I’ll be back tomorrow with more.