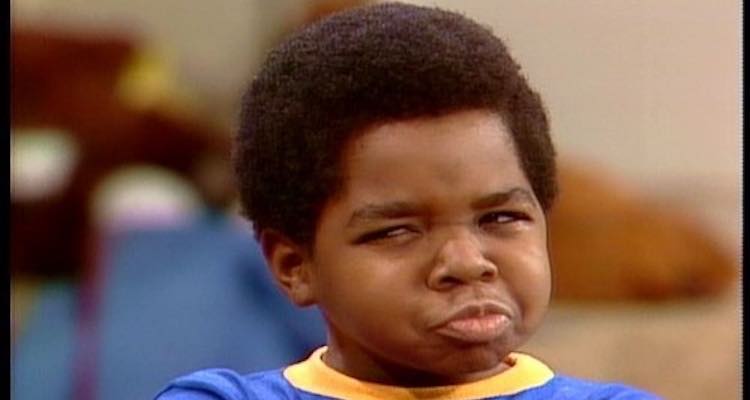 Hello to you. I stayed up late last night, having been out for a few pints, and played music on Mixlr. It’s a fun Internet broadcasting tool, and thanks to everyone who logged on to have a listen.

I played mostly 80s tunes, but this morning I have woken up with two earworms:

1 – That new Selena Gomez song, Bad Liar, which has something of the bassline of Psycho Killer and is infectiously catchy and racketing around in my head like a bluebottle that can’t find its way out of a small room.

2 – The theme song to Diff’rent Strokes. Watchoo talkin’ about Arseblog?! I wish I knew. I really do.

So what’s actually going on? That is a big question. I mean, obviously loads of stuff in all kinds of ways. People’s lives are diverse and complicated, but I guess we should focus on Arsenal rather than the entire population of the world which is, it’s fair to say, a topic that is a little broad for this morning.

There’s some Olivier Giroud stuff doing the rounds. First up, the French international was spotted at Lyon airport which is really close to Lyon the football club which is where Alexandre Lacazette plays. His agent has played the whole thing down, saying the Giroud clan have a gaff just down the road and this is the handiest airport for them, but the President of Lyon, Jean-Lyon de L’Yon III, has more or less confirmed their interest in him.

There has been an approach, at some point, for Giroud. He is a boy that we like, who scores lots of goals and who has a lot of ambition for Russia.

He told me personally that he wanted to take his time, that things were not completely defined with Arsenal, that he had a secret hope that he would be the number one striker next season.

The key is Arsene Wenger.

The key is Arsene Wenger, that thirsty football vampire, who must decide if he wants to feed from Giroud next season or let him go to sup from the Goblet of Lacazette. It looks increasingly like the man who has scored a tantalising 98 goals for the Gunners could be off this summer, and as much as I like him, that secret desire of being the number one striker next season is one I think only he holds. Let’s see what happens.

There’s also some stuff about Alex Oxlade-Chamberlain and Liverpool doing the rounds. There are some whispers that the 23 year old has agreed a new deal with us, thus making these stories redundant, but as yet nothing is official and it wouldn’t surprise me if he’s considering his future at Arsenal.

Imagine this: Jurgen Klopp, via intermediaries who speak to people who know the Ox’s people, make it clear that he sees him as a central midfield player, and is prepared to use him there. That’s where he wants to play, it’s where Arsene Wenger says he sees him in the long-term despite the fact he only plays him there when he has literally no other choice, so this could be an attractive proposition to him.

Add to that the fact that Arsenal talked throughout last season about how important it is to keep Oxlade-Chamberlain without ever offering him a new deal to show that they actually meant it. Wouldn’t you consider your options?

Personally, I would turn it down, because when Jurgen Klopp gets angry and does that thing where he appears to detach his lower jaw – probably so he can consume the soul of the person he’s cross with – is quite terrifying and I would not deliberately subject myself to the potential of that. However, I realise my world view is probably a bit peculiar and the Ox might not think the same way.

Can Arsenal persuade him to stay? Does Arsene Wenger have enough faith in him to play him as a central midfielder or will he remain that useful utility guy that can do a job hither and thither but never nail down a position? We shall see.

There’s also a story linking us with £40m move for Man Utd’s Anthony Martial, but it appears to have emanated from the Daily Mail, a publication which I hold in less regard than the Yorkshire Ripper so, you know, let’s leave it at that.

Right, have a good Sunday. Back tomorrow with an Arsecast Extra, and who knows what crazy goings on in the transfer market we’ll have to discuss there.