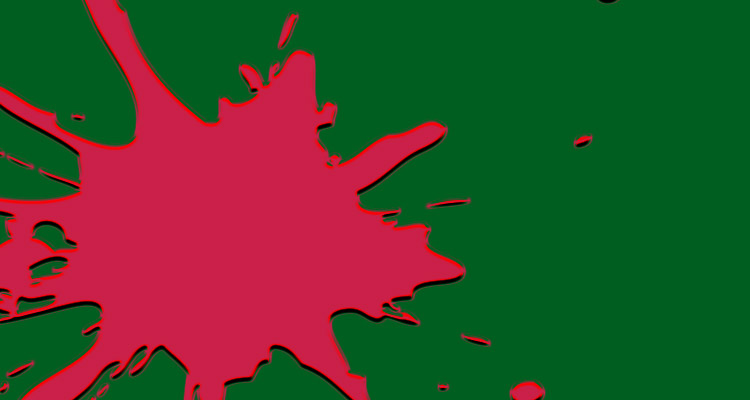 Sunday. Interlull. You know how quiet it is from an Arsenal point of view.

Thanks to everyone for all the feedback on yesterday’s piece on the Seamus Coleman injury, it’s much appreciated. I suppose I should also thank the people who told me they didn’t like it because while some disagreed with the overall premise of the piece – which is fine – there were others who reminded me that people are willing to take whatever they want from an article whether you’ve written it or not.

Even if you explicitly say in the piece itself you’re not doing something, they insist that’s what you’re doing. Clarity of words or turn of phrase makes little difference, there are just always going to be people out there whose own point of view is so trenchantly held that they will not countenance any kind of dissenting opinion.

Some that was/is down to club rivalry, but leaving that aside, surely there are things we should all agree on.

1 – That football has a duty of care to the players who play the game. If the systems/structures are in some way a contributory factor to serious injury then we should look at them more closely.

2 – Officiating standards are far too varied. I know football and sport is subjective, but if you compared it to taxi drivers there’d be some who got you home nice and safe, and others who’d crash, bang, wallop their way there – if they got there at all.

I have no doubt that players cross the line in challenges because they think they might get away with it. The lack of consistency we see from referees, and an almost total unwillingness for them to be accountable for their decisions, means that they have no interest in making things better.

Of course there’s a need for them to have authority, but there’s a school of thought that thinks helping them during games, or even post-match assessment of incidents would undermine them in some way. It’s hapless thinking really.

Everyone understands that referees have a difficult job and have to make decisions in a split second. The frustration of one of those going against your team would certainly be lessened if, post-game, the official could review the incident, and reassess any further punishment, e.g – a suspension, or maybe even an opponent who got away with something might then have one applied.

I also firmly believe that a video review system after each game – perhaps with a citing system like they use in rugby where club’s can highlight a particular incident – would be a positive thing. Referees and linesmen can’t see everything, but cameras do. There are so many at each game that nothing slips by, and if players were retrospectively punished properly then it would make them think twice about doing some of the things they do.

I mean, it is there now. Ask Zlatan Ibrahimovic and Tyrone Mings, but it can’t be based solely on incidents that broadcasters decide to highlight. Teams and managers should have an input too.

3 – The concept of the ‘reducer’, the challenge that injures an opponent to ‘let him know you’re there’, and the culture of making excuses for players who badly injure opponents is a problem. It’s so ingrained into the game in Britain and Ireland, taught from a young age at all levels, at times above and beyond all else, and it needs to be addressed.

As I said yesterday, nobody is saying Neil Taylor is history’s greatest monsters, or that he should be pilloried or set upon by a lynch mob, but what kind of a fella he is is not relevant to the discussion. Tim Stillman reminded me of this, written by Dara O’Briain in the wake of Ramsey’s injury at Stoke:

I feel all this was worth mentioning given the amount of energy that has been expended defending the character of Ryan Shawcross in the past seven days. I don’t care about Shawcross’ intentions. I’m not seeking revenge, nor do I care about extending his ban or any other form of punishment. I just find the overwhelming desire of people in the game to assert his goodness to be a little infantile. What are we in, the playground? He broke a man’s leg. It doesn’t actually matter if he meant to or not. Stop telling us what a lovely guy he is.

And yet here we are with the same stuff going on with Taylor, which is why I said yesterday Coleman’s injury was inevitable. It’s a bit sad that things haven’t moved on any since then. Ultimately, all football fans should want the best for the game, and for the players who play it.

It might sound a little utopian, but you can be sure as anything that regardless of who you support, you’ll be complaining about an official soon, lambasting an opposition player for a bad tackle on one of your players (who hopefully won’t be injured too badly), or castigating a side who seem more interested in filleting the man than playing the ball.

Fundamentally football has a problem dealing with the consequences of challenges that cause serious injury. It’s like we don’t want to admit there’s a problem. The first thought is to excuse it, to stick up for the perpetrators, and to sweep it under the carpet to try and avoid what will be a difficult thing to address. Changing an entire culture and way of thinking for some is going to be tough.

But until it happens, there will be more injuries like the one sustained by Seamus Coleman, and that surely can’t be acceptable to anyone.

ps – Don’t forget the clocks went forward last night if you’re in the UK and Ireland. That means you’ve lost an hour of your life that you’ll never get back. Until October.

“Now, man who shot a dozen people, what do you think of gun control?”