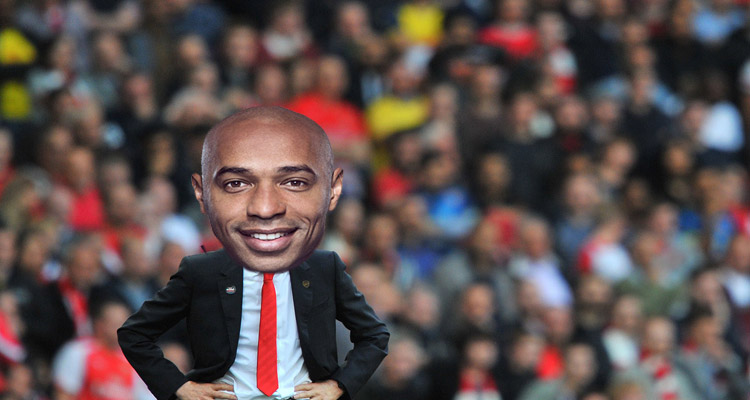 Nothing like starting the week with a song stuck in your head, eh? Could be worse. When I have trouble sleeping, I tend to lie awake with a snippet of a song playing over and over and over in my head. I can remember one night, probably before I had to get up for a very early flight, a Girls Aloud song set up camp in my brain and after about four hours of twisting and turning and not sleeping, I was ready to perform a lobotomy on myself.

I was just not sure which part of the brain I needed to get at. Was it the Cerebellum? The Premotor cortex? Or the Jukebox Ganglia? If only there was an easy way to tell.

Anyway, hope you had a nice weekend, there wasn’t any Arsenal to make a mess of it, at least. I hope that your country did well in their match against whoever it is they were playing. I didn’t really pay very much attention to what was going on to be honest.

I see England destroyed Lithuania 20-0. Sorry, 2-0. Alex Oxlade-Chamberlain played the full game it seems, but only got a rating of 5 by the BBC who said, “Very poor start and while the second-half brought improvement, a very strange selection ahead of Everton’s Ross Barkley.”

Is it a very strange selection though? If Gareth Southgate had shown himself to be a true football eccentric and started a garden gnome or a bear cub there, that would be very strange. Starting a chap who has been playing quite well in central midfield over another chap who has been doing ok in central midfield isn’t really that odd. Some people need to get out more.

Meanwhile, in Baku, Azerbaijan, a much more significant thing took place. Mesut Ozil played for Germany, recovering sufficiently from a back problem to come on as a second half substitute in their 4-1 win in a World Cup qualifier. He then spoke about his future at Arsenal, saying:

I have a contract until 2018 in London and I feel very comfortable there. We’ll talk soon and then make a decision.

And on his future more generally, he continued:

My dream is to win the Champions League. Why not with Arsenal? Of course, we just have a difficult time and are not satisfied with sixth place.

I am convinced, however, that we will catch up again soon. Let’s see what the future holds.

The next few weeks will certainly give us a clear indication of what the future holds, because it won’t actually be the future any more. It will become the present and the past, that’s how time works. But is time truly linear? That’s a key question that scientists have been working on for many years but this isn’t a science blog so we’ll leave that to them to future out.

All I will say is that nobody should ever watch the movie Interstellar hoping for some clarity around this situation because it does not provide it. The only time related conclusion you can draw from watching it is that you’ve spent three hours of your life that you will never get back. Unless you invent a time machine, but the time you put into inventing that would be considerable and you’re probably best off just writing it off like a bad debt.

My final word on this is that if I ever see Christopher Nolan and I will glare at him furiously with a furrowed brow. That’ll teach him, the bookcase wanker.

Elsewhere, away from the madness of international football, Thierry Henry has spoken about the possibility of him becoming the next Arsenal manager. Speaking to Canal Plus, he said:

It doesn’t depend on me, there are things to be respected, it’s my club of heart. My name is quoted to succeed Wenger, I hear that. But it’s hard for me to talk about it I have a lot of respect for everything the coach has done.

Am I ready? I don’t know and nobody knows, but I also need to learn my job. Right now, I’m in learning mode.

I know people talk a lot about our former great players and wonder why they’re not part of the club or indeed part of the future, but for me there really isn’t an outstanding candidate among them to take over. I loved Thierry as a player but there’s never been a moment when I watch him on Sky that has made me think he’d be the right man to be manager or head coach.

Patrick Vieira is managing New York City FC in MLS, and while they finished second in the Eastern Conference last season, they got beaten 7-0 (on aggregate) in the play-off semi-finals. The new season has really just begun and they’ve won one, drawn one and lost one, and I think it’s fair to say that there’s still something of a leap to go from managing an MLS club to one where the demands are to win the Premier League and do better in the Champions League.

After that, who’s out there? Dennis Bergkamp is an interesting name, but I suspect that if he were to return *cough* from Ajax, he’s more likely to be involved at a coaching level, whether that’s academy or first team I’m not sure. His travel issues more or less preclude him from becoming the manager.

Freddie’s at Wolfsburg. And then … erm … I just don’t know. I’m not convinced yet by any of the names put forward from the ranks of former players, and for me any replacement for Arsene Wenger needs to come with a bit more experience and more of a track record. Taking over from him isn’t a job for someone just starting out, in my opinion.

Right, not a lot else going on, but James and I will be here later on with an Arsecast Extra. If you have any questions/topics for discussion, please send to @gunnerblog and @arseblog with the hashtag #arsecastextra and we’ll have the podcast up before lunch.