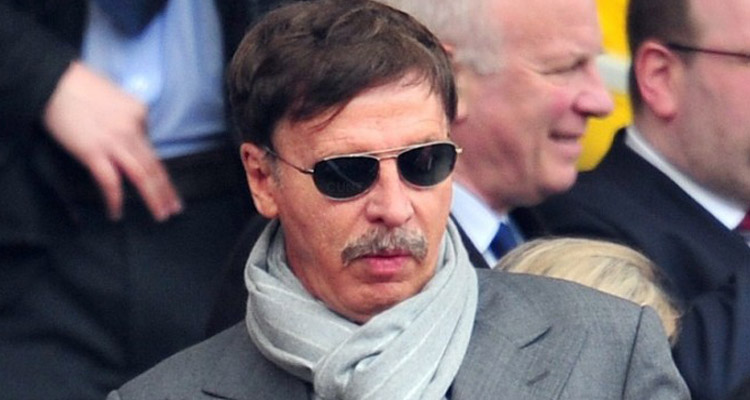 As I mentioned yesterday the lack of football and Arsenal has been a pain, so I watched some Spanish football last night.

I tuned into Real Madrid’s game against Las Palmas just as they went 3-1 down to a goal by the artist formerly known as Kevin Prince Boateng. To make matters more complicated, Gareth Bale had been sent off early in the second half.

What followed was a tremendously exciting 30 minutes in which Madrid sent on all their forwards, battered Las Palmas but failed to score, and had their keeper to thank for keeping the score at 3-1 as the visitors missed chances to seal the game on the break.

Then Ronaldo scored twice in the last 5 minutes to rescue a point, leaving them just one behind Barcelona but with a game in hand. That remarkable comeback wasn’t even the big story in Spain last night though as, following their 6-1 win over Sporting Gijon (my favourite kind of Gijon), Barcelona manager Luis Enrique announced that he would be stepping down at the end of the season.

He said he ‘needs a rest’, which is fair enough, but it’s very interesting that the manager at one of the biggest clubs in the world is willing to announce his departure well before the end of the campaign. The possibility of progressing in the Champions League is very slim after their 4-0 defeat to PSG in the first leg, but they’re currently top of La Liga and obviously still fighting for that.

There’s clearly no fear that making his intentions known at this point will make him a dead man walking, or that the team will suddenly down tools because they know he’s not going to be the manager next season. I suppose what you would say is that Barcelona, and most every other big club at this level, is set up to deal with the increasingly short-term outlook modern coaches and managers have.

Within our Arsenal bubble we know only one thing: stability, and when it comes right down to it, football management is basically chaotic. Clearly there’s good and bad to both approaches, but changing managers with relative frequency doesn’t mean you can’t win things.

I mean, you don’t want to go down the Jesus Gil road, a man who, as president of Atletico Madrid, went through 40 managers in 15 years. In 1993 they had 6 in one year. And when you look at some of the names – Luis Aragones, Cesar Menotti, Arrigo Sacchi – there were some talented men in there.

But while he, of course, is something of an outlier, the chop and change approach is simply how many of these big clubs work. We’ve often looked on incredulously as Real Madrid have fired managers who brought them success. Closer to home Roberto di Matteo’s reward for winning the Champions League with Chelsea (ugh) was the sack.

As speculation grows about what might happen at Arsenal this summer, it’s certainly curious to see developments like those last night in Barcelona and wonder if, in some ways, it’s a model or philosophy we might need to consider. However, do that you do need the right structures in place, and I think we’re some way behind that at this point in time.

There are those who will also say it’s not the Arsenal way to behave that way with managers. In my lifetime as an Arsenal fan, we’ve had just five managers. Terry Neill, Don Howe, George Graham, Bruce Rioch and Arsene Wenger (with some caretakers inbetween). It felt so un-Arsenal that Rioch only got a year before we brought Arsene in from Japan.

But to counter that, the Arsenal that we all knew, with some boardroom continuity – Samuel Hill-Wood to Denis Hill-Wood to Peter Hill-Wood – is gone now. The drive of shareholders who are also fans is missing too, and in recent memory the likes of Danny Fiszman and David Dein played a big part in modernising what was an often stuffy and old-fashioned football club.

Now, most of Arsenal is owned by an American billionaire who doesn’t care about anything but the investment, and most of the rest by an Uzbeki Oligarch who is frozen out by the American and whose shareholding is essentially useless. There is no Arsenal way any more.

So, if we had an owner who genuinely cared about making this club as good as it might be from a sporting point of view, we might be able to go down the road where managers come and go – whether that’s because the intensity and pressure of having to achieve success is so exhausting, or because they’ve fallen short of what is demanded.

But that requires the man at the top to be ruthless. It requires him to care about football or the success of the club on the field first and foremost, and it’s pretty clear that Stan Kroenke does not tick any of those boxes. It’s why, when I hear all the perfectly understandable debate around Arsene Wenger, I wonder why there isn’t more focus on those further up the financial food chain.

Kroenke must love Arsene Wenger so much. Not simply because he delivers stability and a football team that operates at the top levels of the English game, raking in television money and prize money and the occasional trophy, but he acts as an almost perfect lightning rod for all the criticism.

And let’s be clear: there are things that people should be critical of when it comes to the manager. When it comes to football, the buck always stops with him, but it seems more and more obvious to me that the problems go a lot deeper than that.

When you have a majority shareholder who does not care about football in any way other than how it affects his balance sheet, that culture will permeate the club. Remember what he said just last year:

I have to have some reality involved. If you want to win championships then you would never get involved.

That’s the man that basically owns this football club. That’s his outlook. Not ‘We’ll do whatever it takes to win’, or even a simple, ‘I want Arsenal to be the best’. He’s essentially saying he doesn’t care whether or not the football team, which in this business focused world we live in remains the very essence of the club he’s invested in as part of his portfolio of franchises, wins things or not.

So, as we look to the future, and a time when Arsene Wenger won’t be in charge, let’s not pretend that bringing in a new manager is going to be some kind of cure-all as long as Kroenke is running the show.

Arsenal fans have become bitterly divided over the years, and it’s been sad to watch those factions fester and grow, but perhaps there’s one thing that people might come together for: an acknowledgement that Kroenke too merits – at the very least – more serious scrutiny for what his ownership approach is doing to the club.

Right now he won’t care. He’s on his ranch in Texas, evicting people from their homes, building a new stadium in LA, but perhaps if even just a fraction of the focus on Wenger is redirected towards him, he might start to realise he can’t remain insulated forever. Whether it makes any difference, I don’t know, but it seems wrong to me that he escapes with barely a passing mention.