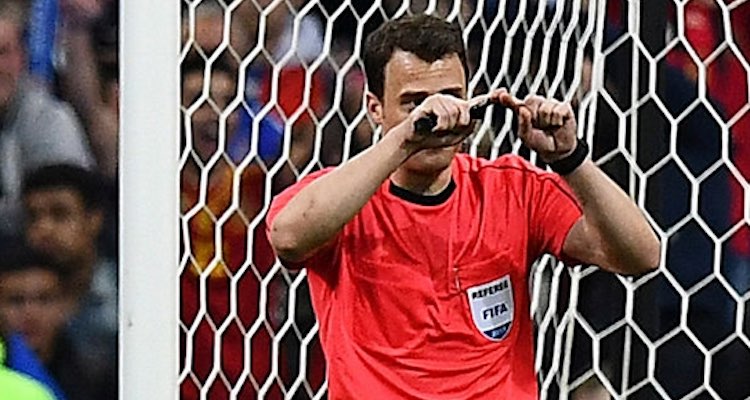 So that’s it folks, the very last Interlull of the 2016-17 season is over. From now on there are no more distractions, no gaps, just all football all the time.

Alexis Sanchez played for Chile as they beat Venezuela 3-1. It was certainly a game in which he was very much involved, opening the scoring with a free kick after about five minutes. One of those lovely ones that goes in off the underside of the bar too.

He had a hand on the other two goals for Chile as well as missing a penalty. Had he scored he would have become the all-time leading goalscorer for his country but for now he shares that with Marcelo Salas having netted 37 times in 108 appearances.

I suppose the good news is that he looked completely untroubled by his ankle, which hopefully augurs well for the weekend when we face Man City. We’ll touch on that game more over the next couple of days, but if we want to win that one, Alexis replicating his midweek performance and form would be very handy indeed.

Elsewhere, France lost 2-0 to Spain, Laurent Koscielny conceding a very harsh penalty for one of the goals, but that was very much a sidebar to what may well have been a glimpse into the future of the game – the use of video replays to decide key decisions via VAR (Video Assistant Referee).

France thought they’d opened the scoring through Antoine Griezmann but having celebrated the goal, done the hugs, and after the crowd had enjoyed what they thought was a goal, German referee Felix Zwayer disallowed it after consultation with a video assistant who was, reportedly, operating from a truck outside the stadium and in contact with the official via a headset.

Later in the game, AC Milan’s Gerard Deulofeu thought he’d scored but the linesman put his flag up for offside. But wait, that decision was also overturned by the video assistant, and after another consultation – which lasted about a minute – the referee overturned the man on the sideline and awarded the goal.

I saw people debating this on Twitter last night. For some the increased accuracy is worth the stoppage in play, while others felt it ruined the spontaneity of the game. The joy of scoring and celebrating was then taken away. A bit like giving a kid an ice-cream, letting him have a few licks, then kicking it out his hand and onto the ground.

It’s certainly an interesting development, and I guess the first thing to say is that both decisions were correct. France were offside and Spain were not. And your feelings towards this kind of officiating will surely be dependent on it being accurate and which side of it you end up on. Spain probably enjoyed it a lot more than France did on the night, but even so Didier Deschamps said afterwards:

It is verified and it is fair, why not?. It changes our football a little. It is against us today, but if we have to go through this, it will be the same for everyone.

It is the evolution of football. That is how it will be.

I can see both sides of the argument, really. We can’t talk about how difficult the job is for referees and their assistants because of the pace of the game, and then eschew genuine attempts to help them, particularly as it does appear to be a system that looks as if it will increase the number of accurate decisions in a game.

On the other hand though, change is weird and scary, and I can understand why there would be concerns. Will it interrupt the flow of the game? Isn’t human error part and parcel of it, or are we just so used that now that we accept it as such? And where does it stop? Offside decisions, or will the VAR adjudicate on things that the referee might not have seen?

Off the ball incidents, perhaps? Or fouls which get a yellow but may well deserve a red? And then we’re heading into the realms of subjectivity. FIFA says that VAR will be used for:

Goals – The role of VARs is to assist the referee to determine whether there was an infringement that means a goal should not be awarded. As the ball has crossed the line, play is interrupted so there is no direct impact on the game.

Penalty decisions – The role of the VAR is to ensure that no clearly wrong decisions are made in conjunction with the award or non-award of a penalty kick.

Red cards – The role of the VAR is to ensure that no clearly wrong decisions are made in conjunction with sending off or not sending off the player.

Mistaken identity – The referee cautions or sends off the wrong player, or is unsure which player should be sanctioned. The VARs will inform the referee so that the correct player can be disciplined.

Insert your own Gibbs/Oxlade-Chamberlain gag here with regards to that last one. My feeling is that this is something that will trouble traditionalists, but the march of technology is inevitable, and we’re going to have to get used it because it’s going to happen. As frustrating as it might be to be on the wrong end of a decision that goes against you, when it works in your favour there won’t be too many complaints.

It all boils down to how accurate these decisions are though, and I guess the only way to iron out any flaws is by using it and testing it out. Based on what we saw last night, it’s different, but I don’t think there can be any real complaints about how it was used. Right now, it’s VAR 2-0 Critics, but as with anything there will be issues that we haven’t considered and those will only become apparent over time and with increased use.

Ultimately, trying to hang onto the past is never a good thing. You can’t don the rose-tinted glasses, yearning for days of yore when things weren’t anywhere near as good as you remember them no matter how hard you try to convince people otherwise, and if football is looking to future and trying to improve, that’s a good thing.

Right, that’s your lot for this morning. News throughout the day on Arseblog News, more from me tomorrow.