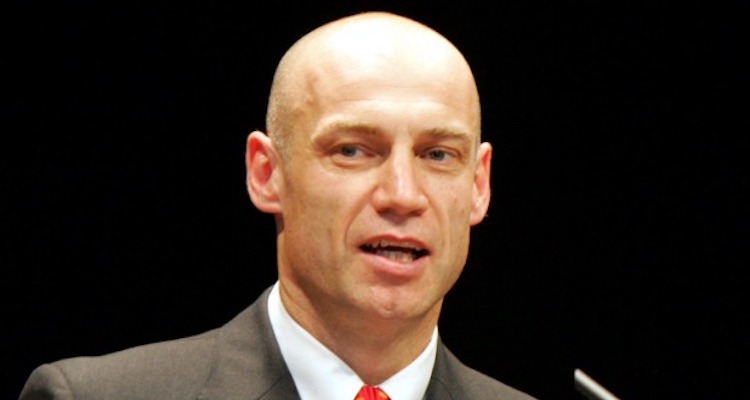 It has been revealed recently that Arsenal are working with Ceri Evans, a New Zealand sports psychiatrist and “mental skills coach” who, for the past six years, has worked with the All Blacks rugby team through an era of unprecedented dominance.

Emile Donovan is a New Zealand journalist who doesn’t particularly like rugby, but knows a bit about it because he’s from New Zealand. No, he wasn’t in Lord of the Rings.

It’s 2007. We’re at the Millenium Stadium in Cardiff, twenty past ten at night, balmy October evening, 70,000-odd spectators primed for the Rugby World Cup quarter-final. New Zealand – probably the best side in the world, as usual – are leading France 18-13, 13 minutes to go.

The French break from inside their half. Substitute fly-half Freddy Michalak sprints onto a forward pass which isn’t spotted by the referee. He jinks inside, outside, runs into a cul-de-sac. Pushes a pass into the hands of Yannick Jauzion, his inside centre. Jauzion hits the ball at pace, steps inside his defender. Dots down underneath the posts. Easy conversion. France 20, New Zealand 18.

The All Blacks, as you might know, are probably the most successful team in international sports history – certainly in what you might call ‘major’ sports. Over 113 years and more than 550 test matches, they have a 77 percent winning record. Only six countries have ever beaten them. Drawing on, firstly, a predominantly rural culture – which produced excellent natural athletes – and, latterly, a large and increasing Pasifika populace, this tiny country of four-and-a-half million people has been the dominant force in rugby since its inception.

But, since winning the inaugural, amateur-era World Cup in 1987, they’d had a problem. The only thing that really matters in international rugby is the World Cup, but the All Blacks – despite being the best team, both in form and squad, for almost every World Cup since then (1991 excepted) – couldn’t seem to win it.

1991, a loss to Australia in the semi-finals – that one we couldn’t complain too much about. 1995 – when the All Blacks had one of the great teams in rugby history – they lost to South Africa after extra time in a nailbiting final. 1999, a crushing defeat to France, capitulating horribly to lose 43-31 after leading 24-10 after 46 minutes. 2003, a dreadful loss to our Trans-Tasman rivals Australia.

At the Millenium Stadium, though, the All Blacks have 12 minutes left to score three points. A penalty’ll do. A drop goal’ll do. A try – not necessary, but it’ll definitely do. They’ve done their time, earned their stripes over the season. They won that year’s Tri-Nations championship, played against South Africa and Australia, convincingly. They’d won each of their group games by at least 40 points, including a 40-0 drubbing of Scotland. They’re fresh, they’re prepared, they’re cool under pressure, they’re backed by a nation with an unhealthy obsession with the sport, which holds nigh-religious significance, which is gathered around television screens like Catholics around the Sistine Chapel during a papal conclave.

But the team buckles. For 10 minutes they hammer away at the rabid French defence which smells their indecisiveness. There’s no plan, no leadership. There’s panic. They haven’t been here before. They don’t know what to do. The French aren’t giving away a penalty. They can’t breach the defence. They have an inexplicable aversion to trying for a drop goal. The minutes melt away. With time up on the clock and the All Blacks stuck on halfway impotent and devoid of ideas, the ball is turned over. France kicks it out. It’s over. Deja vu. Again.

Ceri Evans – a former professional footballer, forensic psychiatrist, and Rhodes Scholar – started working with the All Blacks in 2010, a year before the next World Cup – which, incidentally, was to be held in New Zealand.

It made sense. The expectation in the country at the time was mind-boggling. The All Blacks’ 1987 triumph had come at home, but that was a different time. The team then was amateur – the captain, David Kirk, was a trained doctor. By 2010, 16 years of the professional era and subsequent advances in strength and conditioning had levelled the playing field. Rugby is the ultimate team game – you can’t hide on the field, and a single player can’t bail you out if the rest aren’t at their level. So, incremental team advances – even of one or two percent – had become the area where matches were won and lost.

The nature of rugby fanaticism in New Zealand is hard to describe. I guess it’s comparable to the frenzied media attention the English football team gets, but with the caveat that the All Blacks are actually really really good and win all the time. There’s a sense of entitlement, both in the team and in the general public, to victory.

A grinding win is dissected ad nauseum. Even convincing wins are relentlessly critiqued by the public and the media. As well, the nation’s identity is largely predicated on the All Blacks’ success. New Zealand’s a small country, built on farming and tourism. We can’t compete internationally in many areas, so the success we do enjoy on the international stage we don’t let go of easily. Undoubtedly this contributes to the team’s success. But, arguably, it’s also contributed to its tendency to choke, when the chips were down.

It’s 2011. We’re at Eden Park in Auckland, just after ten at night, balmy October evening in Auckland (it’s a freezing October evening in Dunedin though, I’ll have you know), 60-odd thousand spectators watching the Rugby World Cup Final. New Zealand – undoubtedly the best team in the world – are leading – would you know it? – France, 8-0, just over half an hour to go.

France has the ball on New Zealand’s five-metre line, near the left-side touchline. They whip it through the backs, cut-out passes, open up a hole in the defence. The French captain, Thierry Dusatoir, bursts through the midfield, dots down next to the posts. Easy conversion. France 7, New Zealand 8. Thirty-two minutes left. One point in it.

They shit themselves – we all do – but they get the job done. It was a display devoid of any elegance or fluency, or anything you’d usually associate with attractive sport, but it was a watershed moment. It was the moment they proved to themselves they could eat the pressure, without shitting the bed.

Mental Strength. It’s as Arsene Wenger as you get, up there with I Must Say, Sterile Domination, I Didn’t See It. It’s tempting sometimes to write off his emphasis on it as a weak excuse when things go wrong. Mental strength is hard to quantify when there are so many more tangible factors – Injuries, declining form, surges from rivals, lasagne – that can also contribute to downfall.

But when three rival teams pants you by at least four goals in a season, or you go out at the group stages in the Champions’ League six years straight, or you’re top of the table in November and fourth by Christmas…those are hard to ignore. When the musicians change but the song stays the same – despite your efforts to update it – then where do you look?

In an interview last week with a New Zealand radio host, Kathryn Ryan, Ceri Evans explained a little about his job as a sports psychiatrist.

“If you see pressure as a foe, something that’s going to limit you…we see that will limit you. If you see it as more of a test, that can raise your threshold, and raise the level of your response.

Arsenal have a reputation – like the All Blacks once did – for mental fragility. And they’ve been intelligent in how they go about addressing that. Ceri Evans isn’t a 30 goal-a-season striker, but the results he’s contributed to in the All Blacks’ camp point to him being one of the best in the business. In a sport decided by increasingly fine margins, the one or two percent extra he could help give to the team could be the difference between a loss and a draw or a draw and a win.

In 2013 a journalist from The Telegraph once found himself in the All Blacks’ changing room. Scrawled on the whiteboard was the mantra, “We are the most dominant team in the history of sport.”

Questions have been answered this season, but some big ones remain