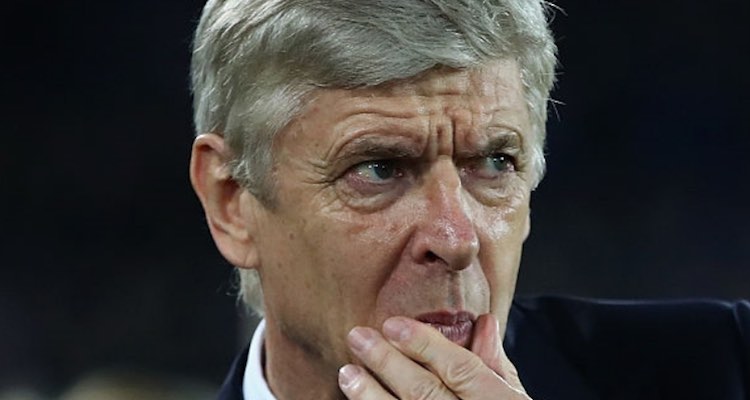 If we were hoping Tuesday night’s defeat to Everton might be offset by some favourable results last night, then there’s no good news to report this morning.

Chelsea won, via a Cesc Fabregas goal, to go 6 points clear at the top. Liverpool won to go above us into second. Man City won to close the gap to just a single point. Sp*rs won. Manchester United won. All of which adds to the disappointment of our evening at Goodison Park.

On the other hand though, it’s an illustration of how quickly things can change in the Premier League over the course of a couple of games. After Stoke we were top, although Chelsea had a game in hand, and generally people were feeling pretty good about how things were going. A couple of days later and you’d think the sky had fallen in.

It’s far from ideal, obviously, but there are 22 games left this season and you can be quite sure the complexion of the table will change and change and change again between now and May. The key issue for us, of course, is not to let things slip too far away from us because while certain gaps might look big, in reality they’re not impossible to overturn. If you let the leaders gallop too far ahead though, you’re always playing catch-up and that alters things in terms of pressure for every game, and how fans feel about the team’s chances.

I can only speak for myself, but while there have been issues along the way, things this season have felt far more positive than they have for quite some time. If we’re looking to see if this is a team that can respond, then we just go back to the opening day where defeat plus transfer market anxiety plus a liberal serving of ‘Here we go again’ really did heap pressure on the manager and the players to start performing.

That we got to December 12th without losing another game was a pretty decent response in my opinion. Sure, we got some luck along the way, luck which pretty much ran out at Everton, but that’s true of most teams on lengthy unbeaten runs. You need things to go your way to a certain extent, but obviously how you play and how you approach the games has a much more significant impact on results.

So, after losing to Everton, I understand why there’s some nervousness, and why people would worry. The Premier League is more competitive than ever, and if this team have answered some of the questions posed of them this season, there are still others that have to be addressed.

I wonder if the involvement with the ‘mental skills coach’, Ceri Evans (about whom you can read more here), is a way of dealing with this issue we have with the top of the table. Sure, we got there last weekend when we beat Stoke, but over the course of the last couple of years, there have been fixtures when a good result from us would have sent us there and made a statement at the same time.

Even this season before we faced Sp*rs at home we knew a win would put us top. You expect a North London derby to be a game in which there’s a huge desire to do well and be seen to do well. What we got was a surprisingly passive Arsenal, our goal came from an own goal, and on the day that lot had chances to win the game. On paper a 1-1 draw in a derby isn’t a terrible result, but you have to wonder if the team is in some way inhibited when it comes to these games.

It’s why, for all the talk of experience and maturity this season, Sunday’s test against Manchester City feels like a game that could do something similar to us. I don’t think this is the best Man City team ever, and without Aguero and now Gundogan, they’re missing some key players, but when I spoke about answering questions earlier this is undoubtedly one of them.

Go there and win, you can look at Everton as something of an aberration. One of those nights when it didn’t click, and defensive lapses cost us in the end. It happens, that’s football. C’est la vie. A win on Sunday would show that this is a team far more able to deal with setbacks and disappointments, and one that has made a statement about its intentions to compete for the Premier League this season.

Lose, however, and we’ll be worrying that not enough has changed, and that we’re seeing the same familiar scenario play out in just a slightly different fashion. During the live Arsecast Extra a few weeks back, Amy talked about the need for this team to provide what she called a ‘fuck off win’ to really ignite the title charge and to show that we’re a team that has what it takes to go the distance.

That’s a win that comes with a performance and a scoreline that makes people sit up and take notice, one that changes the perception of the team to an extent. Now, while I’d take a 1-0 with a goal that deflected in off Gael Clichy’s beard, if we could do them some damage and show that we’re a squad that has to be taken seriously, that would go a long way to putting Tuesday night behind us.

Anyway, we’ll talk more about that game over the coming days. Tim Stillman will be here later with his column, there’s news throughout the day on Arseblog News, and I’ll be back tomorrow with an Arsecast looking ahead to Man City and all the rest.

A short history of Ceri Evans and the All Blacks