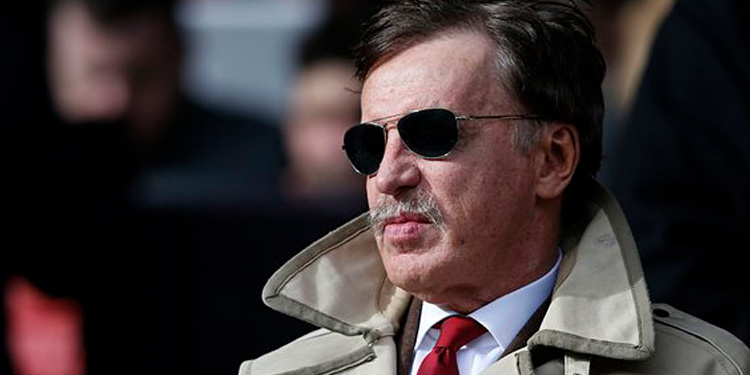 Do you ever stop and think ‘What is the point of Arsenal?’.

Is it to win football matches? To an extent, of course, because without that basic function the benefits of being the majority shareholder would not accrue to him. The value of his investment would be significantly lower and the relatively comfortable ride he enjoys would be much less so.

One of the things that was supposedly good about Kroenke was the fact that he would be ‘hands off’, that he would allow the people who knew about football do the football stuff, and he could just sit there having bought up the shares and let them get on with it. In many ways that approach still makes sense, because he still doesn’t have a clue about football so the idea of him or his son– who also knows little about the game – meddling in day to day matters is not a welcome one.

Sure, he’s dipped his toe in a little bit, providing Arsenal with ‘advisory services’ that cost us £3m per year, but nobody’s under any illusions that this is anything other than a backdoor dividend on his investment. For all the criticism of previous shareholders, they took the role of custodians seriously. Kroenke is a multi-billionaire who has purchased Arsenal stock but ultimately only ever taken money out of the club.

Operating at a remove from Arsene Wenger allows him distance. When things get tetchy and crotchety, as they have been, he’s prety much isolated from it. When the heat comes it’s almost solely directed towards the manager and that suits him down to the ground. Which is not to make excuses for Wenger in any way, but despite the fact I disagree with his methods and how he operates, I think his desire is to have a team that wins matches and ultimately wins trophies.

I don’t understand why he doesn’t do more to make it happen, but my feeling is that he always wants to win. Look at him on the sidelines, look at how he lives every kick, every game, and even if it might be a case that things are passing him by, he’s rooted to the idea of building a successful football team because that’s been his whole life. When it doesn’t happen he is the lightning rod for it – such is the nature of his job – and such is the weight of feeling about him now it seems all the anger and frustration is focused his way.

I’m not saying people shouldn’t be frustrated by what he does, by the way, but isn’t there also a need to step back and look at the wider picture? I had an email from an Arsenal fan who went to Leicester at the weekend, who said of the atmosphere at the King Power:

The owners landed their helicopter onto the pitch a few hours before the game, apparently the owner and one of his sons was there. The owners fully engage with the club, players and fans. You could tell by talking to staff and fans that a healthy culture had been created, compare to the sterile and hostile culture we have at Emirates.

Now, I know they’re riding on the crest of an unbelievable wave, one that they could never have foreseen and certainly not one they planned for, but I thought it was an interesting point all the same. Maybe it’s a bit tacky, maybe it’s unsustainable, and maybe it’s not the way people would want an Arsenal owner to behave, but wouldn’t you prefer somebody who at least looked like they actually cared? Somebody who understood what a football club meant to fans and their deep-rooted connection to it? And somebody whose raison d’être for owning a football club was to see it succeed on a sporting level rather than a financial one?

How much of the weariness Arsenal fans feel is because the way the manager operates fits within an unambitious, staid corporate culture that seems to prioritise fiscal success over football success? When for the majority football is 90 minutes of escapism from real life, something to give us pleasure or pain – but emotion of some kind – how can anyone feel truly connected to balance sheets, net spend, profit and loss, sponsorship revenue, cash in the bank, commercial partners, or any of the rest of it?

Not once in his tenure has Kroenke ever expressed anything like ambition regarding Arsenal Football Club. Arsenal PLC perhaps, but not the football club. And people think that by saying nothing he’s not interfering, but maybe his influence is more malign than that. Wither Ivan Gazids in 2013:

We should be able to compete at a level like a club such as Bayern Munich. We can do some things which would excite you. I say that this is an extraordinarily ambitious club.

I loved that at the time. I thought that was the message that Arsenal, about to reap the benefits of new commercial and sponsorship deals and with the ability to move up a level in terms of the transfer business we could do, should send to the football world. Thump that chest a bit, act like a big club, because when you can back up that talk, people start to look at you differently. I think Ozil changed our landscape, and Alexis added to that buzz, but since then we’ve struggled to maintain our footing.

By last year that message had softened, speaking about the Champions League, Gazidis said:

When we talk about the destination, it’s not winning a Champions League, it’s making fans proud. It’s about making the people at the football club proud of what we do and how we do it.

Be proud of self-sustaining ways. Be proud of our healthy cash reserves. Be proud of our fiscal rectitude. I mean, what a thing to say. Fans can be proud of that, of course, but when it seems to come at the expense of the team – the thing we should be really proud about – then we have to point out that this is just wrong. Going out of the Champions League in the Round of 16 for 6 successive seasons doesn’t make anyone proud. It is about winning the Champions League, that’s literally all it’s about when you take part in that tournament.

Then we come to this summer. The Chief Excutive has spoken a number of times about how we can’t compete, preaching a message of financial conservatism, and behind the scenes the message from the club this summer has been about how there isn’t as much money as people like to think and that we have to be careful and cut our cloth accordingly. And look, let’s state for the record that not a single person – that I know of at least – has suggested the club burn through all its cash, go bankrupt buying players and do a Leeds. All people want is for the club to spend what it makes to make the team as good as it can be. We’re not even asking for sugar-daddy investment from a billionaire owner, just use what we have.

But it’s clear this message comes from somewhere. Where has the Ivan Gazidis of 2013 gone? The one that wanted to do things that would excite us. The one that saw us operating on a level with Bayern Munich? Has he simply lost his (relatively) youthful optimism or has the ground shifted at board level. Has the message changed because that ambition no longer exists because it can’t exist under the ownership of Kroenke.

Let’s remind ourselves of his outlook to ownership of a sports ‘franchise’, the closest we’ve ever come to hearing what he thinks:

I have to have some reality involved. If you want to win championships then you would never get involved.

And there you have it. When that’s the mindset it’s no wonder the things that frustrate us continue to frustrate us. Imagine just for a second that the majority shareholder of this football club was first and foremost interested in the club winning things. Imagine he was somebody who made an actual connection with the fans. Imagine he was somebody whose ambition created an environment in which indecision and dithering was not so pervasive; an environment which demanded success and competitiveness.

Would we feel much less at odds with Arsenal? I think so. At the very least we’d have some sense of what we wanted to do. But right now, it feels that maintaining a level of relative success – a cup here and there and a top four finish – is quite enough because football is a cash cow, and the the value of the club continues to increase and thus his investment is protected.

As I said earlier, the manager carries much of that burden – that’s his job – but until we acknowledge that the problems don’t begin and end with him we’ll get nowhere. For some the idea of a new manager is a panacea to all our ills, that this new mythical boss, whoever he might be, will come in and make the difference and bring back trophies.

I’m not sure that’s going to be the case when the inevitable happens. I think when Wenger goes and his grip loosens on all the areas of the club, that of Kroenke will tighten. He knows he can’t fight Wenger, he knows that his behaviour will be constrained by the authority the manager has, but he also knows that as long as the Frenchman is there the fingers of blame will be pointed solely at him when things go wrong.

Well, we’ve all got more than one finger, and while there are many reasons to be critical of Arsene Wenger, maybe we should think about pointing one or two upstairs, and another at that Texas ranch, because if you think Kroenke isn’t part of the problem – and one that could potentially get much worse as his influence grows – you’re very much mistaken.