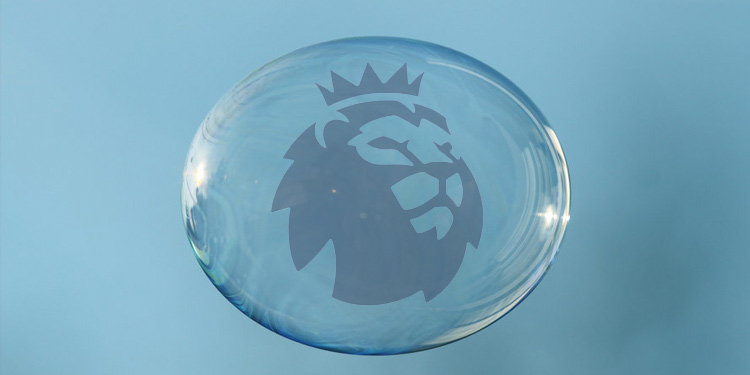 In the wake of the Joel Campbell loan to Sporting Lisbon, we got a question for the Arsecast Extra which asked ‘Why do we keep loaning players rather than selling them?’

Campbell has gone on loan when it’s pretty clear that his time is up at Arsenal. The manager doesn’t fancy him and is prepared to let him go. So, why not sell? Why not raise some cash that could be added to the transfer budget (I know, please all stop laughing), as well as taking something off the wage bill? It would seem the obvious thing to do. If you have decided a player is best off elsewhere, then letting him go permanently seems the sensible thing to do.

It’s hard to know exactly why we don’t, but I suspect a lot of it has to do with the ever-inflating bubble inside which English clubs exist. Increased revenues and increased transfer fees also mean increased wages, and more and more there’s a massive disparity between what players are paid in the Premier League compared to their European counterparts. Sure, in the case of the big players at the big, big clubs, there’s always money, but as it trickles down the gap widens enormously.

Look at someone like Mathieu Debuchy. He agitated and agitated for a move last January, but it wasn’t until deadline day – right at the last minute – that he sealed a loan move to Bordeaux, with Arsenal still paying the majority of his wages (Sporting are only paying a percentage of Campbell’s salary too). I think we would have sold him, but a loan was the only option.

His desire to leave, having fallen behind Hector Bellerin, was hardly any less this summer, and here we are 8 days away from the close of the window in a situation where he hasn’t been part of the squad for either game but remains very much on the books. Earlier this summer RMC reported that although Bordeaux side were interested in taking him on a permanent basis, his salary was a major obstacle and until now that’s clearly been insurmountable.

With all due respect to him, none of the clubs in Europe big enough and rich enough to take on a player on his wages are going to be interested, so for him to play the only real option is a loan deal with an agreement found between Arsenal and whichever club wants him about how much of his salary they’ll cover. That, or a transfer to another English club of course.

Going back to Campbell, a player of 24 who in 31 appearances for Arsenal last season got 4 goals and 5 assists. In the current market, Yannick Bolasie (27), who got 5 goals and 3 assists last season, is a £25m player. It’s not outrageous to suggest something in the region of £15m for Campbell would be ‘reasonable’ in the current climate. Yet how many clubs outside England can afford that and the wages? Or how many of the clubs who can afford that would be interested in buying him?

So, we have a scenario where the value of Premier League players is increasing, and thus their wages, but at the same time when it comes to buying players English clubs are facing inflationary prices and tactics from those selling across Europe. They all know the Premier League is loaded, hence prices go up, and with the big transfer fee comes an expectation of a salary commensurate with that.

The consequence is that it becomes harder and harder to sell players you no longer want anywhere but in England, and we wondered if that, in some way, was contributing to Arsene Wenger’s thought process. I mean, we know he knows we need players. He’s said it, the club have said it both indirectly and quite explicitly – ‘We remain in the market, so stay close to Arsenal.com for any further news‘ – but is his constant talk of finding the right player influenced by what’s happening to the transfer market in general?

Say, for example, we buy Mustafi for €25m (which looks unlikely as Valencia said last night he’s not for sale, but let’s just imagine). Wages of £100,000+ a week for a player who costs that much are about the norm. Now let’s say Mustafi is a disaster, it just doesn’t work out and we want to get rid. Unless we sell to another English club, who are hardly going to be keen on a player who can’t do it in the Premier League, it’s going to be very difficult to do anything other than take a massive hit.

Again, I know we have more money than we used to and this is obviously a worst case scenario thing we’re doing here, but it wouldn’t surprise me at all if this was part of Wenger’s thinking when it comes to players he’s been targetting this summer. And then there’s the bigger issue of whether English clubs are creating a transfer market in which only they can really operate – outside of a few of the bigger clubs in the top European leagues.

For the most part players want to play, but there are very few players out there who, having entered into a long-term contract on a very nice wage, are willing to take a massive pay cut in order to play football. We have to consider the consequences of that for clubs down the line, because for all the big spending that’s gone on and will go on, not every transfer will be a success. Will there be a merry-go-round of failed players on big wages between Premier League clubs?

Anyway, I’m sure there are myriad reasons why we haven’t done more in the transfer market this summer, and this may not even be a consideration, but it just strikes me that for a club that’s already pretty cautious and reticent about doing business, this adds another layer of complexity to it. It might also be worth thinking about how not being able to sell those players, or even receiving bids for others we might be willing to let go if the right offer came in, has played a part. Were we expecting to a shift one or two of the underperforming players? So far, despite the money sloshing around the Premier League, there don’t appear to have been any bids for any of our players.

Look at Mustafi, we were quoted €25m for him, a not unreasonable figure for a senior German international, but the message the club put out there was that we were looking at cheaper options because we wanted to spend on a striker too. If we’d really wanted him, I think we’d have done it before now, so I expect we’ve got our sights set elsewhere now, and whether we buy a striker or not is anybody’s guess.

All of which is to try and understand their thinking rather than excuse it. I mean, I don’t get it, I don’t understand the way we’ve behaved this summer at all, so anything that might try and give us some clue as to what’s going on is worth exploring. Maybe this is something, perhaps it’s nothing, but at least it’s something to think about.

To hear that discussion, thoughts on the Leicester game, Arsene Wenger’s post-match comments, lots of listener questions and details of an Arsecast Extra live in New York at the end of September, listen to this week’s episode below.

We’ll have all the news throughout the day on Arseblog News. And for some extra reading, Anam’s thoughts on Alexis up front are in this week’s Tactics Column.