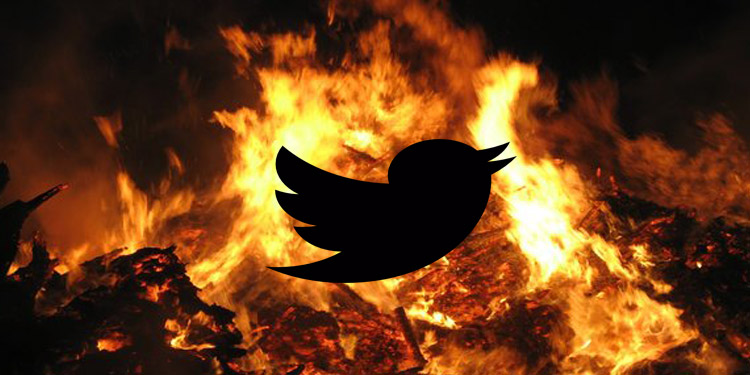 Imagine if, instead of clubs appointing managers themselves, every four years there was a something akin to a presidential race for the job. Campaigns. Posters. Attack ads. Debates.  Scary thought. I mean, it’s pretty obvious who Arsenal’s Donald Trump would be. I’ve made my stomach feel all weird now. Forget I said anything.

Here’s a different thought that occurred to me recently. When did fans of a club become part of the news cycle? Over on Arseblog News, we try to cover as much stuff as we can that’s genuinely relevant. Sometimes there are stories that are a little bit left-field, but in general they’re about the club, or a player, or a match, the board, the finances, or behind the scenes in some way.

We don’t run things like ‘virals’. These are ‘funny’ videos made by big companies, sometimes sponsors of the club, and they think that involving some Arsenal players in them makes them relevant. My general feeling towards these things is that if they want to produce a video of some team members trying to kick a ball through a gigantic tube made by our Official Toilet Roll Partner in Micronesia, then fine.

What staggers me is that in the race for content, clicks, and page views, nobody ever asks ‘Hey, why are we essentially running free advertising for a massive company which has a huge budget to pay for this kind of thing, but have been convinced by some agency, rightly so in many cases, that making some kind of execrable video is a way to get lots of free coverage?’.

Most of the videos are an absolute pile of wank, with some dog plops wrapped in gone off sausage skin on top for good measure, but they’re posted without a single thought. Congratulations, now MR WIPEY has got lots of free advertising on your website.

However, while I can just about see why that happens, even if I think it’s stupid myself, things have gone even further in recent years. Social media, Twitter in particular, is to blame here. Now, I like Twitter, it’s an interesting tool, and an important one for the kind of work we do on this site. There’s an immediacy to it then lends itself to football, not just when it comes to games, and if you can filter out the grotty underbelly of it, or ignore those people when they do poke their heads above the surface, it’s absolutely fine.

However, it’s also become easy pickings for the media – mainstream or otherwise – to generate ‘content’ (lots of stuff in ‘  ‘ today). How many times do we see stuff like ‘How Arsenal fans reacted to X, Y, or Z’, and it’s simply a list of Tweets embedded on a website, plastered with ads? I know how some Arsenal fans reacted because I follow the ones I want, and I don’t really care what the lunatic fringe thought – because, let’s be clear, it’s rare that they’ll post a series of well-thought out, reasonable Tweets when they can use furious mentallers instead.

Then there’s the slow-day stuff. I’m going to think of a number between 1 and 100, where 1 is NOT GIVING A SINGLE SHIT, and 100 is GIVING ALL THE SHITS, and see if you guess which one I’m thinking of when stories like, ‘This man attended his wife’s funeral in full Arsenal kit!’ do the rounds.

Same game: Arsenal fans posts video with some vague Arsenal connection, Tweets all the accounts with lots of followers begging for RTs because he wants to create something ‘viral’ (the usage of which is an irritation because a viral will spread because it’s good or interesting or worth sharing rather than off the back of online scrounging), and somehow this kind of shit ends up all over the place.

If it were restricted to only the kind of websites that carry that kind of shite as a matter of rule, it’d be one thing, but it ends up on what were previously considered reputable broadsheets who have decided to get in on the clicks, hits and page views action. Somehow these people become representative of ‘Arsenal fans’ – and I should point out that it’s not just Arsenal fans, of course, it happens to all clubs because everyone and everything is ‘content’ now. All it does is encourage them, or others, too.

‘What madcap ZANY thing can I do to get me some of those sweet, sweet re-Tweets?! I’m gonna dine out on this for a long, long time’.

No you’re not, dick-features. No. You’re. Not. Sadly, there’s no real way of committing your body to fire without it being considered a ‘crime’ of some kind, which is a real shame, but there you go. Eventually society will come to realise that it would be the kindest thing to do, as well as the best thing for the human race. I look forward to the day when your crispy, charred remains, and those of the website editors and ‘content generators’, are trodden firmly into the earth to become part of the great circle of life.

Those of you who wish to join me in the Great Treadening, as we dance on their torrefied graves, please form an orderly queue. There’ll be plenty of room for everyone.

In Arsenal related ‘news’, poor Carl Jenkinson looks to have done himself some serious damage and will miss the rest of the season. He got injured giving away a penalty on Saturday, after just 10 minutes, and while we’re waiting for further info, don’t be surprised if we hear the word cruciate pop up once he’s had scans and that.

His time at West Ham this season has been a bit hit and miss, it’s fair to say. He’s made 23 appearances, but lots from the bench and in cup games, and with the Hammers signing a new right-back last week, his chances for the rest of the season would have been slim anyway. Good luck to him in his recovery.

Better news though for Danny Welbeck, as he returns to full training having been out since last April due to a knee injury. I suspect there’ll be some caution in how he’s used and re-introduced to first team action, but I’m looking forward to seeing him play again. He gives us something we don’t have right now in terms of an option for the centre-forward position, and in the wide areas, so hopefully he can stay fit from now until May.

Right, that’s your lot. More from me tomorrow, until then, have a good one.