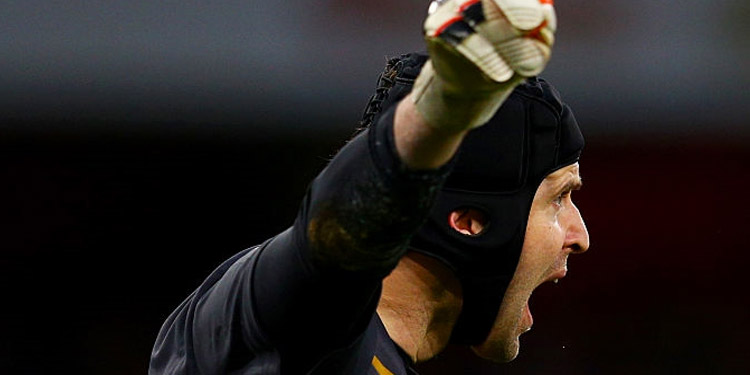 When we lose a game, especially a big game like the one on Sunday, I want to get it behind me and as far away from me as quickly as possible. I can’t watch Match of the Day, for example, but given what it is I actually do, there’s no real escape.

Whether I like it or not, I have to write about it, think about it, analyse it, examine it, and even deal with the inevitable post-game guff which is little more than the players fulfilling their media duties. This time around, Hector Bellerin and Mathieu Flamini were the men wheeled out to give us the ‘We have to respond’ stuff. It’s water off a duck’s back now because it’s just part of the cycle that has been created.

The insatiable demand for content and to know every little thing about every little thing is a double-edged sword: it’s great when you win, but when things don’t go your way that gap still has to be filled with something. It’s never going to be sunshine and roses after a defeat, but nor is there any real need to get vexed about what the players say, it’s what happened on the pitch that should do that.

From Sunday, the image that sticks with me after the game isn’t Mathieu Flamini’s anguished Platoon-esque pose when he flicked that ball over the bar just before half-time, but Petr Cech lifting Laurent Koscielny to his feet at the final whistle. See below:

Like many of you I have concerns about our form right now. 2 points from 9 is a bad return from three big games against difficult opposition, and we have bigger games against bigger opposition to come. Our midfield isn’t functioning anywhere near as well as it should, and that’s affecting us defensively and offensively. The lack of a working platform in the middle makes us weaker at the back, and more difficult for us to click when we want to go forward.

In the back of my mind there’s that little voice nagging away that says when the pressure is really on the Premier League, we have been known to crack a little. In recent games, rather than consolidate our position at the top, we current find ourselves in third – albeit just three points behind the leaders, a team we beat comprehensively already this season. I’m pretty sure that’s a voice that many of us hear.

That moment though, when Cech hauled Koscielny to his feet just gives me a kind of hope that we can find a different path this season. It’s perfectly ok to be gutted about a result. In fact, you don’t want players to be dealing with defeats in an off-hand way, but there’s a time and a place. Think about the message you’re sending. So much of sport at this level is psychological, and if you allow any kind of weakness of self-doubt to take hold then you’re in trouble.

Koscielny is one of our most experienced players. You can be quite sure he, as much as any of us, felt the crushing weight of familiarity after losing on Sunday. He’s been there and done that. He’s played it and lived it. He’s been part of it for years now. He was exhausted and dismayed, clearly, but Cech’s simple gesture was something new, something different. It was perhaps the most senior player in Premier League terms, certainly the most decorated, telling Koscielny that if Arsenal are to continue the fight for the title, there’s no room for this.

If at the end, we don’t do it, by all means lie on the pitch because then there’s nothing else you can do. You don’t have more games in front of you to win points. It’s over. Done. Dusted. But until then, you get back up, refocus, and concentrate on what lies ahead. The other players will have seen that. You can sure that Cech will have made that clear in the dressing room too.

I’ve lost count of how many of them have spoken publicly about how he’s brought something extra to dressing room. He’s brought something extra to the pitch too, and not just during the 90 minutes, as we can see. I think the biggest challenge we face, mentally at least, is to shake off the feeling that this is going to be another one of those seasons. Almost all of these players have played in an Arsenal team that has led the league, then seen it slip away.

Cech is the one man who hasn’t, and he’s also the one man who has gone the distance – more than once too. He’s got a massive role to play, both in terms of what he does when he plays, and how he guides these players. You might think it’s a lot to ask, but it’s not something he’s uncomfortable with. Watch his post-match interview with Sky, or read it as a post-match interview; look at what he did to Koscielny; this is stuff that comes naturally to him.

Of course, it’s not all down to him. The manager has to do something about midfield, and unless he does nothing Petr Cech says or does will make any enough of a difference. The imminent return of Francis Coquelin will obviously be very welcome, and it remains to be seen quite how Wenger will rearrange things when that happens. Will it be Coquelin with Ramsey? Is that the partnership that will get the best out of both?

It didn’t work on the opening day against West Ham, but then not much did in general, and it’s hard to make any real judgement after just 45 minutes when he shifted things around. What we can safely say is that having seen Flamini and Ramsey together for the last couple of months, that’s not a combination that has gelled in any significant way. The incident that brought about the red card on Sunday is the perfect illustration of that.

It’s impossible to really know if we should use new boy Mohamed Elneny, as I really haven’t seen him play, but as he’s likely to get a debut in the FA Cup this weekend against Burnley, we might be able to speculate a bit on that afterwards. Yet, it  feels like the dynamics have to change to get us going again. Alexis will be back, and he’s got the ability to impact games in a big way, and while we hear Welbeck, Rosicky and Wilshere are close, I think we have to perhaps adjust our expectations of players who have been out for so long.

They could come in, raring to go and eager to make up for lost time, finding form straight away. To inject that level of freshness into a squad at this point of the season could be just the thing we need. Conversely, we might find that they need time and games to find some form, sharpness and rhythm. We have to view what we get from them as bonus material in a way; the solutions we need have to be found with the players who have been more or less around most of the season. Even someone like Coquelin has only had a couple of months out – that trio haven’t played since last season.

Anyway, it’s a bit rambly this morning. I think I’ve kind of strayed off my original point, but as disheartening as that loss to Chelsea was, this is a season that’s far from over. We may not have a metaphorical Petr Cech to pick us up, but the players have a real one, and hopefully we’ll see the benefit of that as we look to make up for it in our next league game.

If you haven’t yet had the chance to listen to yesterday’s Arsecast Extra, you can find it on site here, via iTunes or via Acast. And regarding the bit at the end, if you’re in London and you fancy seeing James doing comedy – check out Beasts in the Soho Theatre all this week. It’ll take your mind off football at least!