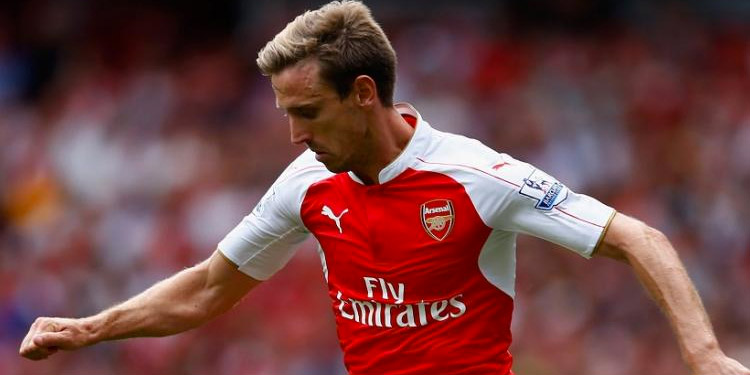 Having signed on deadline day of 2013, Nacho Monreal made a decent start to his Arsenal career. He made his debut against Stoke in a game we won at home, and in that first season he made 11 appearances, scoring 1 goal away at Swansea.

The next season was one in which he found himself competing with Kieran Gibbs, but it was pretty clear the England man was the manager’s first choice. Monreal started 13 times in the league, Gibbs 24. He started the FA Cup semi-final against Wigan but was replaced by Gibbs in midway through the second half, and didn’t feature in the final at all.

The second season was more of the same initially. In the first half, Gibbs was again the manager’s first choice. He picked up injuries, as he does, but when fit he was back into the team. Monreal wasn’t exactly sidelined, he was involved switching in and out but but when fit Gibbs got the nod. However, if we look back on that game against Southampton as a watershed moment for Wojciech Szczesny, it appears to have been one for Gibbs too.

A minor injury saw him unavailable for a couple of games, opening the door for Monreal – and from there the former Malaga man established himself as the first choice left-back. He started 14 of the remaining 17 league games. He picked up a knock and missed two games (which we won), but was returned to the team immediately. He was left out of the final league game of the season to rest him for the FA Cup final, this time Gibbs was the one who missed out, not even making the bench (due to injury).

Last summer there were lots of rumours about a move back to Spain with Athletic Bilbao interested in taking him back to the Basque county – AS even claiming that Arsenal had accepted a £10m bid. He stayed, and back in August there were reports he’d signed a new deal, dismissed by Arsene Wenger who said, “I’m happy with his performances but at the moment we are not in negotiations for a new contract.”

If he was happy then, he must be ecstatic now because he’s developed into the best left-back in the Premier League, no doubt about it. I’ve referenced it before but I watched him closely during the 3-0 win over Man Utd as he was playing right in front of me, and it was a hugely impressive display of full-back play. His reading of the game, his increased physical prowess – a nice benefit of that stint he had at centre-half, his use of the ball, and his relentless energy up and down the flank was just brilliant to watch.

His form is such that Gibbs has hardly had a look in, starting just two Premier League games and one of them was in tandem with the Spaniard, away from home at West Brom when he was asked to play as part of the front three due to our injury problems. Now that form has been rewarded with a new contract which will keep Monreal at the club until 2019.

He’s calm, focused and dedicated. He’s well-accepted and loved by his partners. He has the modest approach of a player who wants to give his best to the team. Everybody senses that and that’s why I think it’s important for the club to have that stability.

I’m really happy because my intention was to keep playing for Arsenal. I feel really good playing here. I have a good relationship with my team-mates and we keep improving year after year. I wanted to stay here and I could extend my contract. I would like to play here for many more years.

I was going to do one of those comparison things in relation to other left-backs, but then I realised that a) I couldn’t be arsed and b) I didn’t need to because I know what I see from Monreal, and I’m very happy with it. I don’t have to exalt over the fact he’s got 0.43 more interceptions per game than his nearest rival. Performance wise he’s been one of – if not the – most consistent players in the squad this season.

Week after week after week he’s doing it, and I know it’s been written before but I do think that spell at centre-half, as ludicrous as it was that we had to play him there at all, really helped him as a defender, particularly in the air. In 2013-14 he won just 43 percent of his aerial duels. Last season that increased to 62 percent and so far this season he’s at 68 percent. For a guy in his late 20s, that level of development is impressive.

And we have to take his age into account when assessing him overall. You don’t need to look too far to see another senior full-back being kept out of the team by a younger man. That was true of Monreal too, but he didn’t prioritise his international career or his desire be part of the Spanish World Cup squad in 2014. Instead he got his head down, worked hard, and when his chance came he took it. The reward for that is a new contract, which is so well deserved, and a place every week in a team that’s fighting for the title.

It’s no wonder Arsene Wenger referenced his dedication, but it’s a lesson in professionalism too. Things don’t always go your way in football, and they certainly don’t always go the way you think they should, but Monreal’s response to that happening to him should be the text book for every player. No moaning, no crying to the press about how unhappy he is, just hard work and using the competition within the squad to improve himself as a player.

His signing is great news for us, perhaps not so for Kieran Gibbs, but Monreal will know as well as anyone that he can’t rest on his laurels one bit. His experience and seniority has played a part in how well this season has gone thus far, let’s hope he can continue to contribute to what could be a fantastic campaign in the end.

Not a lot else going on this morning, but if you did listen to the Arsecast Extra this week and the bit about bald referees vs referees with hair, there’s been some amazing new stuff on that – you can find it here.

Right, that’s that for now, more from me tomorrow.