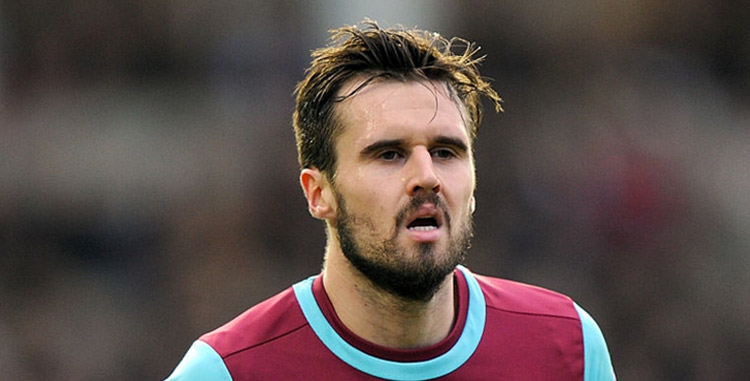 Given that it’s pretty quiet, and we’re not quite ready yet to go into the Chelsea stuff that will dominate the next few days, I got to thinking about our loan players.

Sparked by the fact that West Ham have just signed a new right-back, and that Carl Jenkinson has struggled to get into the side this season, it strikes me that loan deals aren’t so much a way for us to allow players develop – even if that is a part of it – as they are a consequence of the football landscape in which players can stagnate too easily.

Maybe not so much in the case of Jenkinson, who had been part of the first team and was then deemed surplus to requirements, but more for the younger players. They reach a point where U21 or youth football is no longer a challenge, but they remain a long way from being ready for first team football for a team that has ambitions of winning the title.

A spell at another club can certainly be beneficial, but doing well in the Championship for half a season doesn’t guarantee they’ll be ready for the Premier League. It’s been a pretty mixed bag for some our loanees this season, so let’s take a look.

Highly rated but temperamental. He was within months of being able to leave the club as his contract ran down before he signed a new deal. He was loaned to Hull, and started brightly scoring his first two games. Unfortunately he’s got just two more in the subsequent 25 appearances, and has made more headlines for a tantrum when being substituted than his football.

Hull manager Steve Bruce sad, “I’ve had World Cup winners throw their gloves at me. Then I take a bit of notice. I’m not going to take notice of a 20-year-old who, unfortunately, when things don’t go his way spits his dummy out and throws his toys out of the pram.”

A competitive edge is good, and being unhappy about being taken off is normal, but the best reaction to that is let your feet do the talking, and Akpoms’ are fairly quiet with just 1 goal in his last 13 games.

This is a really weird one. He also joined Hull, but wasn’t starting much (just 6 times in the league), so they agreed to cut the loan short so he could join another club where he might play more regularly. That deal fell through, then he went back to Hull with Steve Bruce went public saying he’d love to sign him on a permanent basis.

It’s curious because he went from mid-October to last weekend without starting a game in the league (although he did play a couple of cup games).

Another weird one, we all know the story at this point. Tony Pulis isn’t playing him, he says he arrived unfit and overweight and nothing the young German has done in training has prompted the West Brom manager to use him in the Premier League. He’s played just 13 minutes, has been training with their U21s, and stories emerged earlier this month that he might be returning.

Arsene Wenger played that down at the time, and the whole thing has gone really quiet. It’s safe to say this is one that hasn’t worked out at all.

He last appeared in the Eredivisie on September 12th when he came on in the 78th minute of a 2-2 draw with FC Twente. He appeared as an 80th minute sub as Ajax crashed out of the Europa League to Celtic and hasn’t been seen since. Given his record there may be an injury, but it seems most likely that Frank de Boer simply isn’t picking him over other players.

Whatever Arsene Wenger sees in him, and he clearly sees something, he appears to be the only one right now. Just four appearances for Ajax tells a sad story.

The midfielder who joined the club at the same time as Hector Bellerin has been playing regularly for Birmingham City. He’s scored five times, he’s creating goals too, and looks to be enjoying himself there. Whether it’s enough for him to return to Arsenal is another question. Midfield is an area that we’ll have to replenish come the summer, but Toral is into the last 6 months of his contract, so a decision will have to be made soon.

One of those for whom a loan is very much a developmental thing. He’s at a Rangers side top of the Scottish Championship, and reports have been good. So much so that his loan, initially a 6-month spell, was extended to the end of the season.

He turns 19 in a few days, so we may be looking at him going out again on loan next season, this time closer to home, perhaps to a Premier League club. Although it’s not as if the manager doesn’t have a track record of playing youngsters if he feels they’re good enough.

Fifteen appearances and one goal for a Bolton side that’s in trouble on and off the pitch. They’re broke and rock bottom of the Championship. At 23 he’s at an age where you’d normally think his chance has gone, but after what Coquelin did you can never say never. Although I’m very close to saying never because even if he did come back it’s hard to see how he gets into the team ahead of Alexis, Walcott, Oxlade-Chamberlain, Wilshere, Welbeck, Campbell etc.

He’s played 13 games in the Championship for a Wolves side currently in 10th place, 8 point away from the play-off places. However, he hasn’t played since November 7th after picking up a thigh injury in a 0-0 draw with Burnley. It wasn’t through lack of form. Wolves had to recall one of their young keepers who had been on loan at Portsmouth for cover.

Martinez has been back on the bench in recent weeks, and is waiting for his chance again. His case is perhaps the most interesting because of the goalkeeping situation at Arsenal. It’s unlikely that David Ospina will be happy playing second fiddle to Petr Cech for another season, and I expect him to push for a move away at the end of the season.

If Wojciech Szczesny is happy to understudy after his loan at Roma, we have an option there, but if not Martinez might be ready to make the step up to number 2, with one of the young keepers, like Matt Macey, brought into the senior squad as cover.

The 18 year old has made 25 appearances in the Championship for Ipswich, impressing boss Mick McCarthy. He scored this cracker in the FA Cup last weekend, and at his age playing that regularly will be really good for him. Looks to be on the right track, but obviously there’s a long way to go.

He has played 22 times for West Ham this season, but hasn’t been anywhere near as impressive as he was under Sam Allardyce in the last campaign. That they’ve gone and bought another right back tells you that Slaven Bilic isn’t at all convinced, and he’ll find his chances in the second half of the season even more difficult to come by.

There’s talk of a recall to provide some cover as and when Mathieu Debuchy leaves, but Arsene Wenger is clearly reluctant to cut short season-long deals – not to mention they’re usually iron clad. He’s a popular guy because he’s a fan, but you have to ask if he’s struggling at West Ham, would that not tell us something about his readiness for Arsenal? It’s unusual to loan a player of his age anyway, it’s usually because a decision has been made about his long-term future rather than provide him a chance to develop.

Never say never etc, but a glorious return to Arsenal seems unlikely, unless injuries open the door for him the way they did Coquelin.

Playing regularly for Roma, but with ups and downs. He was dropped for veteran Morgan di Sanctis after one poor display, and there were even reports that he’d been nabbed smoking again. Stii, he has played 22 games in Serie A and in Europe, and from what I understand the door at Arsenal remains open – but much will depend on how he plays, how he behaves, and what he wants to do at the end of this loan spell.

No doubt I’ve misssed one of two, but I think most of them are covered there. Stand by today for a Tactics Column, and Tim Stillman later this afternoon.

I’m back tomorrow with an Arsecast. Until then.