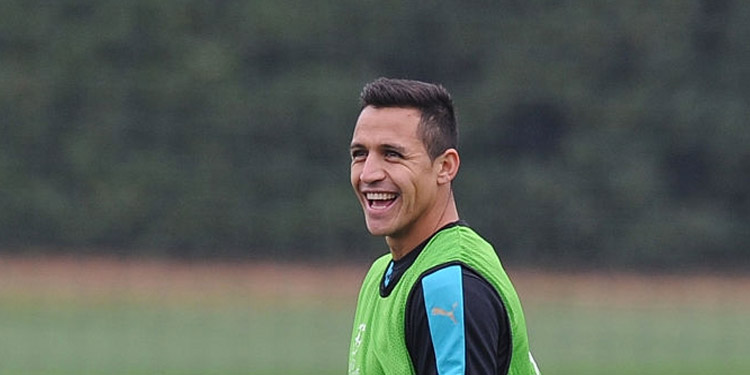 So, here we are 22 games into the Premier League season and we’re top of the table. It’s a great place to be, but also a worrying place to be.

There’s happiness at being top, but that happiness is tempered with fear of being overtaken. To me it’s still a better situation than being behind trying to catch up, but being the leader also comes with an extra serving of pressure that we’re going to have to deal with. However, all things considered, I kinda like where we are right now, and I think that there are reasons we ought to feel relatively confident as the season heads into its decisive period.

I remember wondering last summer given that we had Wojciech Szczesny and David Ospina, neither of whom had really played any significant role in dropped points (bar that smokey day in Southampton), whether we really needed a new goalkeeper.

That was a really silly thing to wonder because without Cech we wouldn’t be top of the table, it’s as simple as that. People will rightly point to the saves he made in the 0-0 draw with Stoke, but for me his performance went beyond that. Imagine early on Szczesny or Ospina kicking poorly or being rattled by a physical challenge – those jitters spread through the team.

Cech was like Ashford and Simpson, unflappable, calm, assured, strong and decisive. And he’s been like that pretty much the entire season – the opening day unhappiness aside. I also think it’s a huge benefit to have a man in the squad who has been there and gone the distance in the Premier League, because although we have players who have won things, a league title challenge is different and he’ll have a big role to play there too.

But also, the saves:

Alexis is coming back

We all worried about Alexis and fatigue. He played a full campaign for Barcelona, went to the World Cup, joined Arsenal, played most of our games in what was a magnificent debut season for the club, went to the Copa America –going all the way to the final which Chile won – before returning to London after a truncated holiday.

Pre-season injuries to players like Danny Welbeck, Jack Wilshere and Tomas Rosicky – whose presence would have allowed the manager to give Alexis more rest – demanded his involvement too early. He went eight games without a goal before scoring 10 in 6. He then went another 6 (8 including 2 internationals) without scoring, before a double against Dinamo Zagreb, and then it all caught up with him and his hamstring went twang at Norwich.

That was on November 29th, over  7 weeks ago. If he comes back on Sunday against Chelsea, it will be a full 8 week gap between games. And you know what, maybe that’s not a bad thing, because he was clearly in need of some kind of rest. When you’re a player as good as he is and as important as he is, that rarely comes unless it’s enforced.

Even if you’re tired it’s difficult for a manager to leave you out, because he knows how important you are. Let’s not forget that Alexis himself is a player who, by the manager’s own admission, will actively seek to play despite the fact he’s carrying a knock.

If this period out has allowed the hamstring, and any other little aches and strains he was carrying, to be sorted out, as well as providing him with a bit of time to recharge those batteries, then we’re going to have a player who can make a huge contribution in these final months of the season. Not to mention the fact he’ll be desperate to make up for all that lost time.

Wind him up, and let him go.

Many teams can manage without an important player or two for a limited period of time. In our case we’ve been without Alexis since November 29th, Santi Cazorla from the same date, and Francis Coquelin since November 21st. That’s our leading scorer, and our first choice central midfield for a period of 10 games in which we’ve lost just once, winning seven and drawing two.

When you add to that the fact that Welbeck, Wilshere and Rosicky still have a grand total of zero appearances between them for the season, a relatively small group of players have performed admirably. Results have been better than performances at times, but ultimately results are what counts.

We’ve all watched Arsenal teams play better football than this but end up with fewer points. Obviously a mix of great performance and positive result is the ideal scenario, but in the absence of that, the results part is the most important and we’re doing that. The manager often references character and mental strength. We’ve had our bad moments this season, like any other team, but we’ve also come through stuff that in previous campaigns we simply wouldn’t.

Maybe if you only watch Arsenal in highlights you might not appreciate how good the German is. I’ve seen people suggest that he goes missing in games too often to be considered a really great player, but frankly that’s the laziest, most hackneyed analysis of him there can be.

Sometimes he’s paid so much attention by certain opponents that he finds it difficult to make an impact. When he’s in a side that is also missing other key creative players, players who would both share that burden and occupy the opposition (thus meaning they couldn’t focus on him so much), it can be a struggle.

But with 16 assists so far this season, to say he goes missing is ludicrous. His creativity is matched by hard work that is either wilfully ignored or under-appreciated. You can’t find yourself with space and time in the Premier League without working for it, and if his languid style isn’t blood and thunder enough for some, then so be it. They can continue to labour under their delusions.

He’s found the last few weeks trickier, because he’s been tasked with so much in the absence of Alexis and Cazorla. My suspicion is that the decision to leave him at home against Stoke was as much down to giving him a chance to rest a bit for a game which may not have suited him in order to freshen him up for home that really should.

Hopefully we see the benefit of that on Sunday and beyond.

The balance between experience and youth is always a tricky one, but in this Arsenal squad it looks right. Almost every single one of them has won something, from the FA Cup to the Copa America to the World Cup, and in Cech’s case pretty much everything in-between.

The youthful exuberance of players like Hector Bellerin and Joel Campbell is offset by Mertesacker, Koscielny, Monreal, Cech, Giroud, Cazorla, all 30-ish (a little either way). Ozil and Alexis have played for the two biggest clubs in Europe. And even someone like Mathieu Flamini, often derided for being something he’s not, has done well in this recent difficult run.

It’s an intangible, but you would hope that when the pressure really starts to crank up – and it will – this will play a part.

Like all sides there are negatives to the positives, there are things we can do better and places we can improve. Nobody’s arguing against that. To me though, it just feels as if we’ve got the right ingredients to take this title challenge right to the death, and isn’t that what we all wanted when this season began?

Right, that’s that for this morning. If you haven’t yet listened to this week’s Arsecast Extra, you need to rectify that straight away. As well as all the football we deal with one of the biggest questions in society today, one that splits families right down the middle. Not to mention an in-depth analysis of bald referees versus ones with their hair – and in the madness we even forgot Mike Dean (some would say that’s not a bad thing at all).

You listen here on site, via iTunes or your favourite podcasting app, or through Acast who also have a free app for iOS and Android. Thanks as ever for listening, it’s much appreciated.