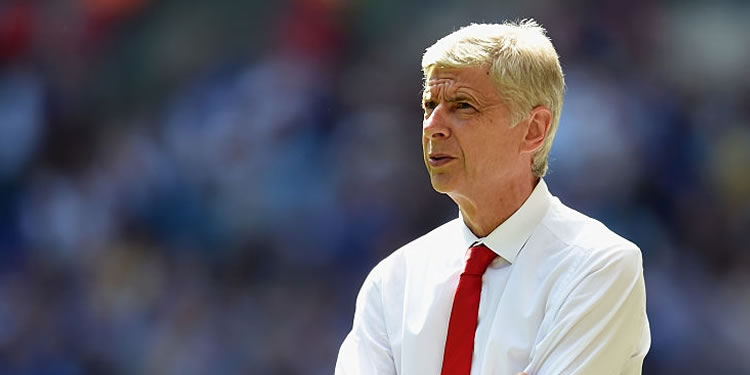 So deadline day came and went, Arsenal signed a grand total of no players, and there was an outpouring of anger, frustration and dismay – but is anybody really surprised?

There was nothing to suggest that there’d be a last minute deal. Things were quiet elsewhere, the knock-on effects of other deals at other clubs didn’t create any opportunity for us, and the word from inside the club from the start of the day was that it was going to be quiet.

Before we get into it, I should state that I really wanted us to do something. I felt like the squad could have used an addition, or two, to make it really, truly competitive, but it didn’t happen and I suppose we have to try and understand why.

1 – I think he wanted a striker: Everything the manager has said about the team needing more goals, despite his utterances about getting more from others, suggested he would have made a signing if the right player had been available. It looks more and more like Karim Benzema was that man, but ultimately that pursuit proved fruitless.

It was always going to be difficult, for myriad reasons. His market price, what it would actually cost to get Madrid to sell, and to persuade him to come. As Thierry Henry said last night:

The player must also want to come. What are you going to offer to the guy who is playing for one of the best teams in the world, knowing that he is playing there week in, week out, and performing well.

Quite how far we went to make this happen is anybody’s guess really. Perhaps we were too easily knocked back or gave up too quickly, but it’s really not a simple process to buy the main striker from the world’s biggest club – especially when they have nobody to really replace him with.

2 – He didn’t want another Giroud/Welbeck: He knows he’s got a 15-20 goal a season striker in Giroud. Welbeck is the kind of player who should get 10-15. Both of those players have flaws which frustrate, and I don’t think he wanted another player of that calibre simply because he felt it wasn’t worth it.

All summer the clamour was for us to find a ‘world class’ striker, that was the demand. As the window drew to a close, that demand became more fluid. The desire for any kind of signing at all trumped the potential quality of the player.

Chances are if we signed another mid-level striker there’d have been some short-term happiness, but when the mid-level guy can’t do what a ‘world class’ striker can do we’d have been quick to hear about it.

3 – He’s banking on improvements from what he’s got already: We know Wenger likes a gamble. Lots of the time they don’t come off, but I believe he’s looked at his squad and seen the potential for it to be more competitive through improvement from within.

He’s looking for 10 goals from Alex Oxlade-Chamberlain, for example. He wants more from Welbeck; more goals from Ozil; more from Theo Walcott who missed most of last season (and two great chances at Newcastle, har har); more from Jack Wilshere when he’s back and fit again. He knows he’ll get a certain amount from Giroud, Alexis and Ramsey, the team’s most consistent scorers, but he’s banking on the others doing more, scoring more, creating more.

It’s a big gamble, Wilshere and Oxlade-Chamberlain are players whose talent and potential hasn’t yet been fully tapped but who, along with Theo Walcott, can point to injury problems as a major factor in that. If they can stay fit then they can certainly improve on previous seasons, but at Arsenal the IF when it comes to fitness is the biggest IF there is.

4 – He’s spent a lot in the last two years: Again, I should point out that this is what I think he’s thinking, rather than any kind of justification for not spending more this summer.

I think accusations of penny-pinching or not being willing to spend are a bit unfair. Had that been the case then we’d have seen a Szczesny/Ospina battle for the goalkeeping position this summer and he wouldn’t have paid £10m to Chelsea for a 33 year old who was in the last year of his contract.

If you compare the squad now to where it was two years ago, I think the difference is obvious and marked. This isn’t a team of shit-kickers, we’re not really carrying any dead weight, and although we’re struggling for form right now, we know we’re capable of more from this group of players. We’re not light in terms of numbers, although certain options remain a bit unconvincing.

I think frustration at not buying, and being the only club in the top 5 European leagues not to bring in an outfield player, is because we know that this group of players is pretty decent, but could be improved. In the frenzy for transfers it’s easy to play up the negatives about the squad and individuals, their shortcomings become somewhat overplayed and their qualities forgotten, but this is a good squad. We’ve seen them lift trophies in successive seasons after years without, and this season was one in which we were meant to kick on again.

The bottom line is that a title challenge is the minimum requirement, and while others have strengthened via the chequebook, we’re hoping to do that with cohesion, balance, and internal solutions. We want what we have to get better rather than buying to make us better.

It’s a difficult one, neither option gives you a cast-iron guarantee. You can buy a player who flops, or a young prospect never quite makes the grade, but I think there’s more willingness to forgive the former because you’ve shown ambition by spending money, whereas believe and faith in a player is much more intangible.

So, the decision not to buy anyone is either brave or foolhardy. A club/manager that won’t spend for the sake of spending is admirable in some ways, especially when the pressure is on as it was during the opening part of this season. However, you can also ask question as to whether or not that club has done everything it can to find players who can improve the team. The idea that there was nobody out there who could give us something extra seems fanciful, so maybe there are questions to be asked there.

If we can find an Alexis last year, an Ozil the year before, why nobody this year? And does ‘standing still’ in the transfer market run the risk of doing likewise in the league? Because every single dropped point, every goal we don’t score, every performance where we’re not humming like a top of the range car, will come back to this summer’s transfer window. The signing of ‘anyone’ would have been the difference.

However, I don’t think we’re a club in crisis or anything like that. The season is just four games old, there are good players at this club, and I think we’re capable of some improvement on what we did last season. Whether it’s enough to mount a title challenge remains to be seen. I think we’ll probably fall short in that regard, but football can be surprising.

I think it’s possible to be pretty happy with the squad we’ve got, and disappointed that we didn’t add to it. The manager and club have made their decisions, it’s down to the players to reward the faith shown in them in that regard, because there’ll be no hiding place for anyone if they don’t.

ps – One small fact people are overlooking: Flamini is in the last year of his contract, he’s going to be brilliant.