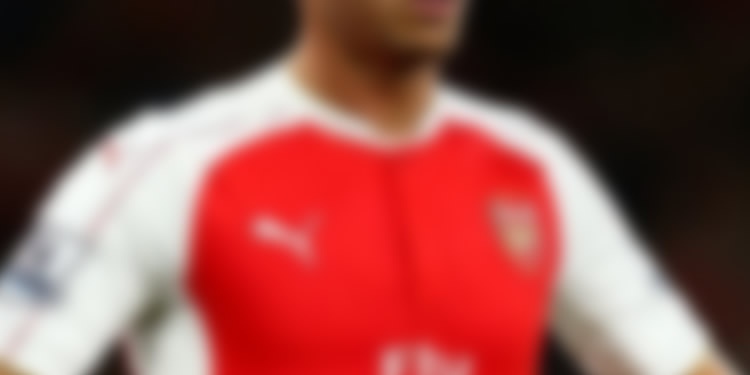 I wish we had a football match this weekend because it’s the only thing that will shift the story from transfers to what actually matters. And yes, I know transfers have an impact on what happens in the football matches but there’d be nothing quite like a good performance and some actual goals to … what’s that word … er … enjoy!

That’s it. Enjoy. Because for all the frustration and anger that abounds when we don’t spend money, there’s a lot to enjoy about the sport. Winning games, scoring goals, great tackles and great saves, seeing John Terry slip over/get sent off, spending time with football friends, and lots more. But the absence of football allows us to forget that; the presence of something else – the transfer window – takes our minds even further away from it.

In the wake of a quiet deadline day, I’ve seen people get very angry about how we just won two FA Cups against two rubbish teams in the final. As if those days at Wembley, lifting a famous trophy, didn’t matter.

If, on those days, those same people were standing there with their arms folded, grumping about how it wasn’t the Premier League and/or the Champions League, then I respect that completely. Fair play to them for their consistency and what have you, but I suspect they rather enjoyed themselves. If they didn’t, or couldn’t, have a good time as we spanked four past Villa and made Tim Sherwood look like Grumpy Cat, then they probably need to find something else to pass their time.

Not that the FA Cup is the be-all and end-all, but it’s easy to dismiss things which are actually good because of anger about something else. As I said yesterday, I think all the shortcomings of all our players – individually and collectively – have been highlighted in the last few days, if we step back a bit it’s not as bad as all that.

Stepping back is tough though, I understand, but more and more I think there’s huge merit to what many managers, not just Arsene Wenger, have said about closing the transfer market before the season begins. I genuinely can’t see any reason why this couldn’t be implemented, even a transfer window that closed at the end of July would benefit clubs, players and fans.

Who wins by having the window open until a month into the season? Some agents and some players, of course, but ultimately it’s the wankers with the yellow ties who have built their careers on screeching loudly about very little. Fuck those guys. There’s got to be a huge upside for clubs in knowing who’s going to be on their books before the season begins and who’ll they’ll have until January at least (and I’d be happy to discuss closing that particular window entirely – or at least truncating it or making it for ’emergency’ signings only).

It would force managers to do their business quickly and early. While that’s the ideal scenario now, the fact that there’s brinkmanship between so many parties until the deadline means it’s not always possible for clubs to do what they want, when they want. This would focus all parties on doing what needed to be done, with no impact on the football – and this for me is the significant thing. Anyway, something to discuss today, I guess.

Arsene Wenger has spoken about his squad and the lack of any further purchases. He used the case of Man Utd buying Martial from Monaco to highlight what he sees as a paucity of available talent:

What happened last night with Monaco, who sold Martial to Manchester United for 80million Euros, [the fee it could rise to with add-ons] I’ve heard…Martial scored 11 goals in the French championship – that sums it up well.

That means it’s not the money that’s missing at the moment, it’s not the desire of investment that is missing, it’s the number of players available who can strengthen the big clubs.

Whatever way you look at it, that particular purchase is a massive punt from United. He may well turn out to be a great player for them, but right now it’s the most expensive gamble in Premier League history. And this is Manchester United we’re talking about, one of Europe’s greatest clubs and this is what they’re having to do.

It’s an extreme example of course, but you’d have thought a club with the stature and resources of United could have found a striker with more experience and more quality than a 19 year old has right now, but clearly that wasn’t the case.

In terms of the signing itself it sort of ties in with what I spoke about last week. In the absence of genuine quality, you have to try and identify the next big thing and take a bit of a risk, but I was talking maybe £20m on a 22-24 year old who was about to make the next step. If the market is now at the point where Martial – available for much cheaper earlier this summer by all accounts – costs €50m + €30m in add-ons, then the market is in a very strange place indeed.

However we might baulk at it though, it’s not something we can ignore. The financial reality of bumper new TV deals for the Premier League is that clubs have more to spend and therefore clubs will spend more to get what they want. The equalisation of talent is one thing, but what it does to inflate an already inflated market is another. And Arsenal have benefitted as much as anyone else from this infusion of broadcasting money, we can’t be holier than thou when it starts affecting things in this way.

Anyway, it’s all done and dusted. We can come back to it all again in January when the madness will begin again, but for now it’s just 8 days before our next game.