Only one event on which to report this fine Friday. Tottenham Hotspur of the Home Counties, truly the Nigel Farage of English football, abjectly failed for the twentieth consecutive time to finish above their London neighbours, Arsenal. Perhaps those horrible coves should get the message and move further away from London. Berkshire, perhaps. Retreat, chaps. The message of surrender, so boldly embodied in your white shirts, has been well and truly received. We accept. Come crawling on your hands and knees once more, and we shall dictate the terms.

Twenty years of surrender shirts. I have detailed them below. 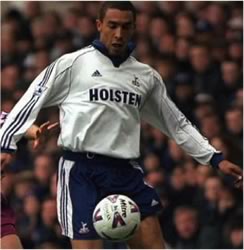 Yes, this was the shirt that started it all. Here is Spurs hero, erm, no, not a clue. 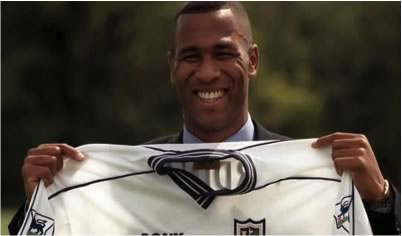 What a difference a year makes. This horrible little number, stretched over the guts of corpulent Middlesex plebs, celebrates Arsenal being seven wins and a draw ahead. Les Ferdinand wasn’t smiling for long. 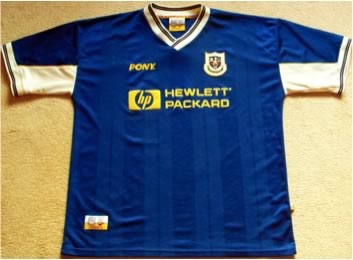 To be fair to Spurs, this shirt does hold some good memories, in that they managed to avoid relegation that season. Must have been some consolation as they watched Woolwich raise the Premier League trophy. 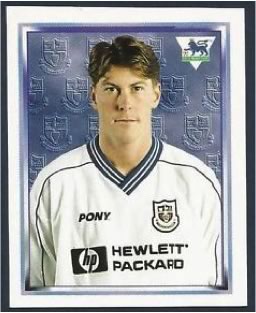 Mighty Tottenham marched gloriously on to 11th and were safe from relegation a touch earlier than the previous season. This is Darren Anderton, the workshop fop whose frivolous visits to the quack kept Harley Street in business in the late nineties. 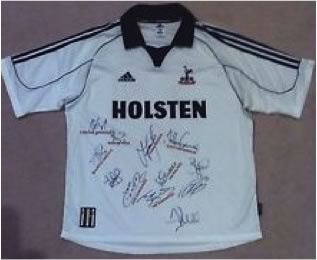 It was at this point that Spurs fans began to adopt the delightful hope that ‘next season’ they would finish above Arsenal.

Sadly, next year was not to be their year as Woolwich stored to 2nd in the league. Spurs went backwards. At least they had the same shirt as last season to quell their excitement. 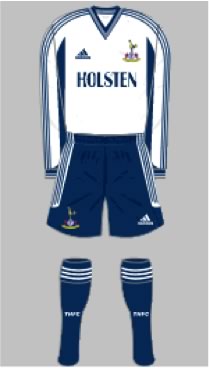 Like something dreamed up by Satan, if you were a Spurs fan, or Our Lord Jesus Christ if you are an Arsenal fan, Arsenal won the league, just 37 points ahead of Tottenham, who were by now beginning to accept that Mr. Windsor would be punishing the annually. 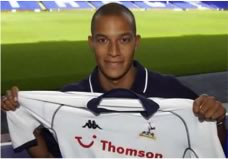 Just the 28 points in it that year, meaning that Tottenham played some seriously mediocre, rather than terrible football this year. They might have felt, bless their little souls, that they had turned a corner. If only they knew what was coming next year. 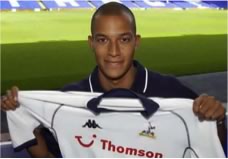 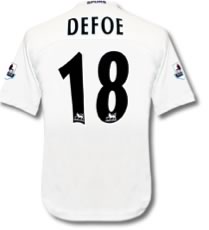 Ten years of being chilled to the bone by a (very) log shadow emanating all the way out to Middlesex from London celebrated in this very horrible strip.

With Arsenal well and truly crippled by the new stadium costs, Spurs must have felt that this would be their year. They were scuppered by some Italian food and were consigned once more to the UEFA cup. 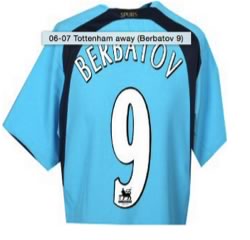 With Spurs only missing out on the Champions’ League by two points the previous season, they must have felt that ‘the inevitable’ would happen in May of 2007. It would not, and Spurs would go on slamming their on head in the car door. But this would be nothing compared to the following year. 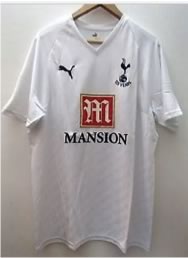 Thirty seven points between the sides. Like a fight between Floyd Mayweather and Pink Floyd. 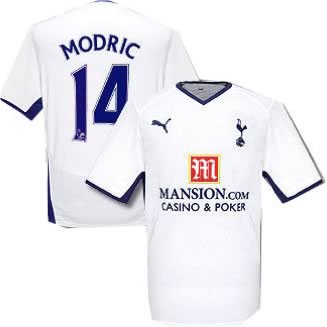 On and on they go, like Mr. Del Boy on that amusing comedy flick, going through the bar, on repeat, with no laughter track. 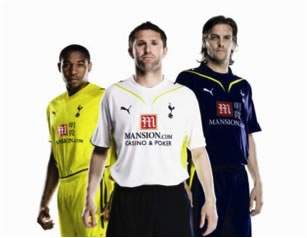 It is now 15 years since Spurs last finished above Arsenal and a very horrible shirt was the very thing in which to fail again. Look at this trio of pignuts. 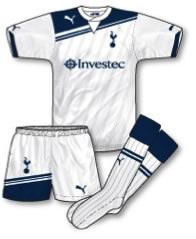 Although St Tott was a late arrival this year, they knew that his glorious shining face would appear once more. 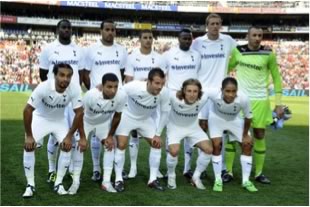 Quite the most irritating double act, and fans of Middlesex’s finest, probably celebrated finishing above Arsenal this year before they actually did. Ha ha ha. 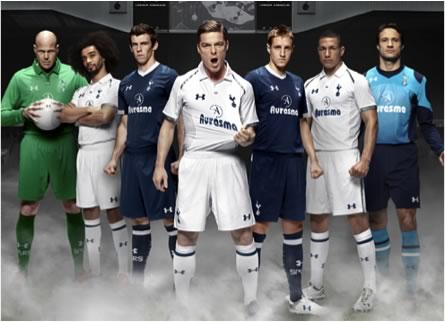 Hugh, Pugh, Barney McGrew, Cuthbert, Dibble and Twat here. On their last chance of all time to finish above Arsenal, they blew it once more, and this nasty piece of old toot is what they wore for the failure. With our stadium debt well and truly under control, this year marked the end of the short period in which Middlesex had any chance of success. 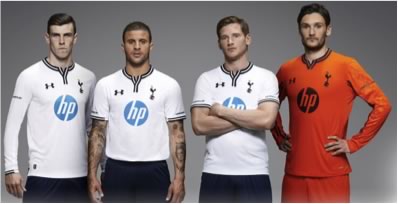 With Spurs now resigned to their position, they even took to selling their best player in order to help us sign perhaps the finest number ten of his generation, Melvin Orwell. Normal service resumes. Look at Kyle Walker and his big fat neck. 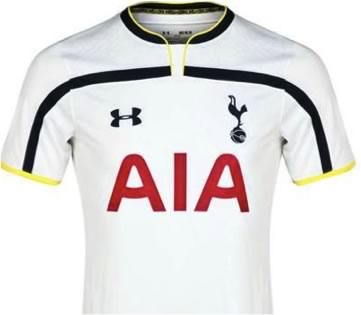 Once more, St Tott arrives with several games to spare and Middlesex are left to burning their own town, stealing training shoes and petty crime. During a period in which Arsenal have financed a beautiful new stadium, they have managed to stay mired in utter mediocrity. And what is coming down the road for them? Their own new stadium.