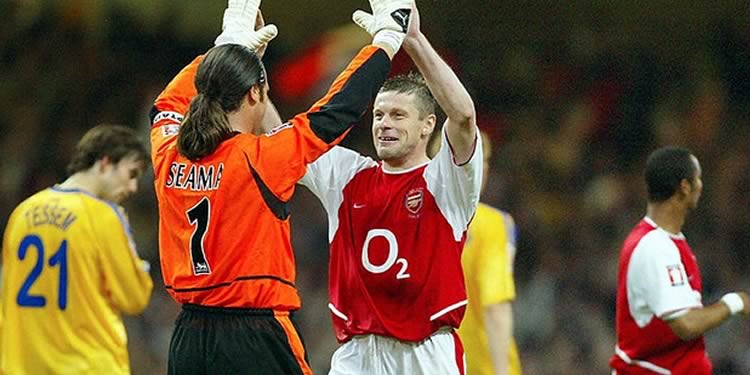 Morning all. There appears to be a measure of *boilk* today, so a quick Saturday round-up is all you’re getting. 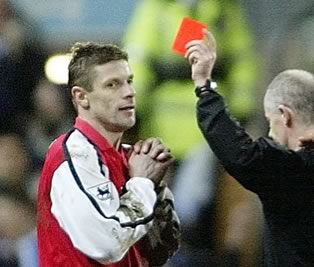 We’ll start with Gabriel who is going to miss 2-3 weeks with a hamstring strain. It used to be the case that you couldn’t be considered an Arsenal player under Arsene Wenger without picking up a red card. Oh that glorious day when Oleg Luzhny got his marching orders … how we all celebrated.

Nowadays it’s your first ‘three week’ lay-off. Now you are an Arsenal man, my son etc and so on and all that. It leaves us a bit short at centre-half although I think we’ve forgotten a bit about Calum Chambers. The emergence of Eck-tor Bay-a-reen has left the former Southampton man in the shade somewhat, but as well as being a right-back option, he also provides some depth at centre-half.

We wanted four centre-halves, we’ve got four now, and that means that if one gets a touch of the Spanish Flu in his leg then we should be able to cope. I think the manager was always going to go with Mertesacker and Koscielny at Old Trafford anyway, so provided nothing happens with either of them we should be all right.

The game on Monday is also a first return for Danny Welbeck to the club he supported and, obviously, played for. I think he’s been pretty good for us really, could do more, but then that’s true of a lot of our players this season. In recent weeks he’s been usurped a bit by the goals of Olivier Giroud but when the Frenchman was out it was great to have a genuine centre-forward option to fill the gap.

Ahead of the game on Monday, Arsene Wenger has declared himself very happy with his deadline day purchase, saying:

He plays very well for me and is an exceptional player who will have a great future here. I am very, very happy that I bought him.

And on recent form:

You have moments in the season where some players play a bit less. You have a player like Olivier Giroud who is playing at the moment but he missed four months. During that period Welbeck played every single game.

I’m pretty sure that Welbeck was playing through an injury for the latter part of Giroud’s absence because as soon as he was back, there was an immediate lay-off. His return, on the right against Sp*rs away, was a sign that the manager likes the balance and work he gives the team away from home.

His versatility means that he’ll play wide, as well as up-front, and with 8 goals for us this season he has made a decent contribution. I don’t remember him missing too many glorious chances – that seems to be a Giroud trait more than a Welbeck one – but I do think he could add a little more end-product to his game. Still, I like him, he’s a hard-working, honest player, and I’d back him to be significant in some way between now and the end of the season.

Meanwhile, I know we pretty much definitively solved the Ozil thing yesterday with the pie-chart, so I’m not going to delve into it any further, but:

When Arsenal lose, it’s obvious that they lose despite what Sánchez did. With Özil, it’s easy to wonder if Arsenal could’ve won had their most expensive signing done a little bit more. Somewhere between Arsenal’s two stars, though, there’s a fault line separating what we do and don’t know about the sport.

An interesting read on Grantland. Thanks to Andy and Zee for the heads-up for this piece.

Man, I loved Luzhny though, apart from the fact his name is lower-limb-tacular, he was one of those players who looked like he should have been anything else but a footballer. If his sole purpose in life was to rescue drowning orphans when their bus crashes into a fast-flowing river, carting out 7 or 8 at a time across his stupendous back, you wouldn’t bat an eyelid.

Perhaps there’s some subtle connection I have with relatively one-paced defenders (where that pace is somewhere just above ambling). I can’t figure it out at all. Anyway, I dread to think what kind of reaction people would have had to him if he’d played in the Twitter era, but I’d have been the first to send all of them a gigantic slice of humble pie for his part in the 2003 FA Cup final win.

We had no Patrick Vieira that day, Sol Campbell was suspended, Pascal Cygan’s leg had Spanish Flu and Martin Keown was so banjaxed he could only play with the help of all the injections and could barely move. And then there was Oleg. A right-back heading into the very twilight of his career was asked to do the job at centre-half and he was ace. Who can forget his delighted double-high five with David Seaman at the end?

An unlikely hero but he was massive that day. An Oleg for all-time, never let anyone tell you different.

Right, that’s about that. If you haven’t already, get some of our aural goodness into your ears with yesterday’s Arsecast, in the meantime have a good Saturday?