the fact that we’re playing on Monday leaves us with that horrible thing – a football free weekend. Any ball related japery we might enjoy will have to be of our own making, or we’ll look at what the others are doing and see if they can provide us any entertainment. Except then you look at the fixtures are bar the FA Cup games there’s only one Premier League game and that involves that lot from over there.

QPR v Sp*rs: As we know, the home side are not very good, but I predict that Charlie Austin will score a late goal to nick it for them after Karl Henry escapes a red card for clotheslining Harry Kane – with an actual clothesline – leaving the hot-shot striker unconscious.

Liverpool are in FA Cup action against Blackburn (easy win for the Mugsmashers there), while the rest of them have the weekend off so there’s no chance of them causing us any joy. What a swizz.

I have to say I’m not much of a fan of Monday night football. To me it’s the petrol station forecourt sandwich of scheduling. You know you have to every once in a while, but the lettuce is always limp and the bread super dry. I don’t even want to consider what’s in the mayo.Anyway, not much we can do other than wait.

You know what, perhaps we could talk about Mesut Ozil a bit, Nobody’s doing that really. If only there were countless articles about how despite accusations of laziness, he’s actually run more than anyone since his return from injury. Even in his spare time he’s running like crazy – and thanks to reader Jeff Gilbatron-Maguire-Prysnski for sending me this picture he took while out walking his dog:

Look at him, he’s happy as shit! Just pounding the pavement, running along, moving from side to side so he covers even more ground. I bet if you threw a stick he’d say “I’m not a dog, man. Or even a dog-man, half-man, half-dog”, and that would be fair enough.

I did some research of my own, delving into the statistics and all the data, sub-data, meta-data, first-data, double-data, hotpa-data and more, and came up with this incredible chart which, I think, illustrates perfectly the German’s situation. 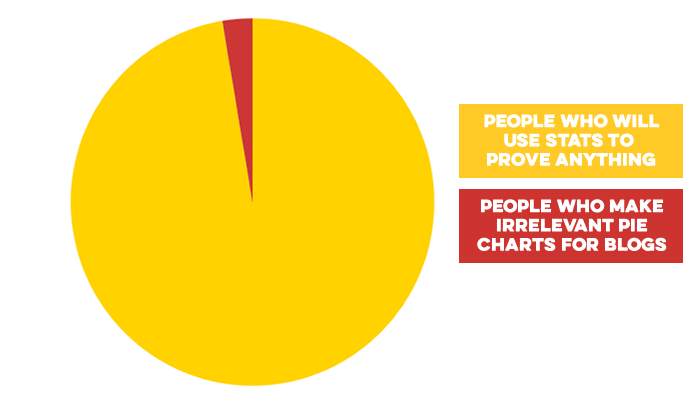 I think that should put an end to the debate once and for all.

Meanwhile, the FA have banned Pappis Cisse for 7 games for spitting at Jonny Evans. It would have been 6 except this is his second ban for a red card after one a few weeks back when he elbowed Shane Long in the head. Clearly what this tells us is that Cisse should have reacted to Evans spitting on him by administering an act of genuine violence on the Man Utd man, because that’s apparently less serious than a bit of saliva.

While spitting on someone is particularly gross and unpleasant, I’ve never yet heard of anyone having their jaw or nose broken, their teeth knocked out, their eye-blackened or potentially much more serious outcomes, by being spat on. It also means that spitting on someone is deemed a more serious offence than directing racist language at an opponent as John Terry can testify. Four games versus six (+ 1 for extra boldness).

It is another illustration of how the FA’s disciplinary procedures are a complete mess. I’ve got no problem with spitting being an automatic 6 match ban if the rest of the punishments are put into that context. That leg breaking tackles, elbows, punches, dick-flicks and all the rest are all 3 match bans under this system tells you everything you need to know.

I’ve long been a proponent of a sliding scale of punishment for things players do on the pitch. This insistence on hiding behind the FA’s own made-up rule about a referee seeing an incident and not being able to take further action is risible. The clubs are at fault too, they sign up to this when they should be the first people to know how ridiculous it is.

The solution is simple: have automatic bans for the various offences, but give an independent body the power to review them and add further games/time based on the seriousness of the incidents. So, even if the referee sees something and deals with it, there’s the power for the appropriate punishment to be meted out after the fact.

Let’s face it, if referees are struggling to see the blindingly obvious week in, week out, they’re not the best people to make split-second decisions on incidents that require proper examination with the benefit of video replays from various angles. To me it’s obvious, but as countless nonsensical events have proven down the years, there’s absolutely no appetite from those in charge of the game in England to do anything sensible about it all.

Right then, time for this week’s Arsecast, and on this week’s show I’m joined by Man Utd fan @beardedgenius to talk about Monday’s opposition, the season they’re having so far and life under Louis van Gaal. After that Andrew Allen and James from @northbanklower drop in for more Arsenal related chat as well some discussion on the FA’s disciplinary rules. Not forgetting all the usual waffle, of course.

To download this week’s Arsecast directly click here – 35mb MP3. The Arsecast is also available on our SoundCloud channel, as well as via the SoundCloud app for iPhone and Android. You can now also find it on the Stitcher podcasting app for iOS and Android. Or, you can listen without leaving this page by using the player below.

We’ll have news throughout the day on Arseblog News, the Arsenal Gent will be here with his weekly review later, more from me tomorrow.