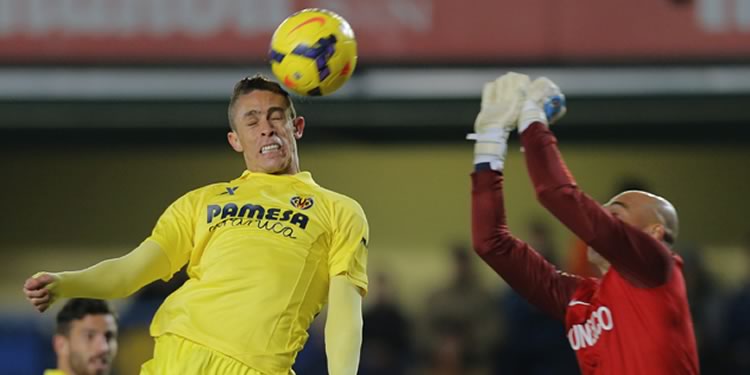 Morning to you. January really is a long month, isn’t it? It’s not like when you’ve got a splendid June or July with some warm weather and it goes by all to quickly. Instead it’s like the dentist’s chair of a month where every minute seems like an hour and a weird man is putting his fingers in your mouth. Or something.

Despite kicking off in a rather poor fashion with that game at Southampton, the rest of it has gone rather well indeed with three successive wins (equalling most we’ve managed at any point this season), with 8 goals scored and none conceded. A fairly decent response to the error strewn showing at St Mary’s, that’s for sure.

With a trip to Brighton at the weekend in the FA Cup we’ll be looking to build on that again and, amazingly enough, it looks as if there’s something going on in the transfer market. A few days ago reports emerged that we had our beady on Villarreal defender Gabriel Paulista. The player himself spoke about our interest, saying:

Whether I go to Arsenal or stay at Villarreal, I won’t lose my head. I’m very calm. My head is at Villarreal and I’m very focused. My agent is working on making sure I continue being calm.

On a sporting level, I wouldn’t like to see Gabriel leave but we have to see the opinion of the club, if an offer is irresistible …

Apparently the player has a release clause of around €20m and the Spanish side want something close to that in order to do the deal. There’s also some suggestion that Joel Campbell could be used as a makeweight which does make some kind of sense. The Costa Rican has been very much a bit-part player this season for us and wasn’t in the squad for the trip to Man City at the weekend. It really doesn’t look as if he’s going to get regular football with us and he could well be part of the deal.

From what I’m told our interest is absolutely genuine, but the key issue is that the player doesn’t have a work permit. As he’s never been capped by Brazil (should that be a worry considering the defenders that do get to play?) he won’t qualify in that regard. Nor does he have an EU passport as he only moved to Europe in 2013, so it’s going to be interesting to see how we deal with that. The word is that Arsenal are confident this is a bridge that can be crossed, but we’ve been here before.

The aforementioned Joel Campbell, for example. We spent an age trying to sign him but his application was rejected out of hand once we’d done the deal. It took him two years out on loan to qualify – and that was by playing international games. In general, it doesn’t appear to be a situation where you can make contact with the people who issue permits beforehand and get the nod unofficially, so perhaps there’s other info Arsenal have that we’re not aware of.

I mean, it would be the most Arsenal thing of all time for us to do a deal which involved a part-swap with Joel Campbell and a lump of cash only for us to be left in a situation where the player was unable to play in England. Nevertheless, there’s talk that a bid is going to be made today and I guess we’ll find out sooner or later how that goes.

As for the player himself, I know next to nothing about him. There’s the obligatory YouTube compilation where he looks quite Koscielny-ish in terms of how he plays, but it’s impossible to judge from a video really. He’s been a key part of a Villarreal defence which has gone 15 games unbeaten since the beginning of November but, even though certain players can play a key role in those kind of runs, that’s more to do with the collective than any individual.

If it does happen, it’s also clearly not the stop-gap signing most of us were expecting in January. At 24 he’s obviously one for now but also one for the foreseeable future (assuming he’s the player we hope he’ll be), and if we’re having to pay a little more than we wanted to in January well, that’s entirely down to us for putting ourselves in this position. One to keep an eye on anyway.

Not a lot else going on this morning really. Perhaps vaguely related to this Paulista news is the story that youngster Semi Ajayi is almost set for a move to Sunderland. If, for example, we’d had a serious injury crisis at the back, Ajayi and Isaac Hayden were the two youth players who would have been most likely for a call up to the first team to provide cover. Hayden is out of action having undergone ankle surgery, and if we’re letting Ajayi go, does that mean we’re confident of making a defensive signing? Maybe wishful thinking on my part, but still.

Finally, after some Theo Walcott comments got taken well and truly out of context, the story is deconstructed rather beautifully here. Worth a read.

Right, that’s that. Any news throughout the day can be found over on Arseblog News, more here tomorrow.