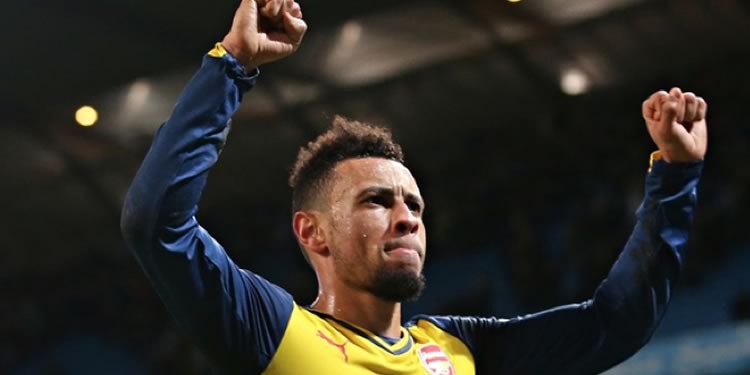 There are a lot of things that can make a footballer’s career a successful one. The obvious traits like talent, ability, application, professionalism, commitment, hard work, dedication, and the rest, play a big part in whether or not a player makes it.

But there have been many talented, dedicated men who, for one reason or another, never quite got as far as they should have in the game. Perhaps injuries stifled their progress; they had somebody better blocking their path to the first team; a personality clash with a manager could see them ignored; maybe they just never got the break they needed.

There’s a great example from an Arsenal perspective: Ashley Cole. He’d been on loan at Crystal Palace and the story goes we were prepared to let him move there on a permanent basis until we discovered that Silvinho’s passport had been put together at the local print depot with some sticky-back plastic and a cheap laminating machine. Without so much as a word he was moved on to Celta Vigo in Spain and Arsenal needed a left-back. The rest is history – some of it is not particularly pleasant history, but it perfectly illustrated the benefit of timing.

Back in 2009, Sp*rs were considering letting Gareth Bale leave in a £3m deal to Birmingham. I don’t quite know why it didn’t happen, probably some happenstance and not because Harry Redknapp envisaged him developing the way he did, but it’s difficult to imagine his career being on the same trajectory as it is now had that transfer gone through. Would he be an £80m Real Madrid man? I doubt it.

And right now we’re seeing how circumstance and timing can play a major part in a player’s career. If you’d said 6 weeks ago that Francis Coquelin would be the outstanding midfield performer for Arsenal in a win over the champions away from home, most people would have laughed. That’s not to say that there aren’t people who haven’t rated him, but he’d been sent to Charlton on loan after a fairly dismal spell at Freiburg last season, and that loan deal had been extended, usually a sign that we’ve deemed a player surplus to current requirements.

Fast forward a little bit though and Arsene Wenger finds himself without a single fit central midfielder. The perpetually absent Abou Diaby aside, there was no Mikel Arteta, no Mathieu Flamini, no Aaron Ramsey, no Mesut Ozil, and no Jack Wilshere. There were number 10s, like Rosicky and Cazorla, but nobody to play the deep-lying midfield role, the DM.

So, we terminate Coquelin’s loan at Charlton and bring him back because we simply had no other choice. Desperate times call for somewhat desperate measures, and I’m sure the plan was for him to be a stop-gap until others were fit. Yet here we are now, others are fit and Coquelin has just put in a performance that further cements his place, on current form, as the best option for the position.

Against Man City he was tactically and positionally disciplined, he read the game well, tackled well, used the ball well, won lots of headers against some big men, and answered questions as to whether or not he could do it against the best teams in the league. He’d been good in previous weeks and deservedly kept his place in the team, but at the Etihad we saw a player almost transformed. His teammates are talking about him developing into a top-class defensive midfield player.

If Coquelin had been a January 1st signing from another club, we’d be over the moon with what he’s brought to the team and the difference he’s made in a key area of the pitch. He’s physical, quick, good in the air and on the ball, tackles well (if a little rashly at times), and although he doesn’t tick all the boxes people want from their DM in terms of height/size, can there be any real arguments over the job he’s done?

So, it’s no surprise that there are reports this morning of Arsenal trying to tie him down to a new deal. His contract expires in the summer because, well, nobody, not even Arsene Wenger, expected this from him. If we weren’t the spiritual and physical Home of Injuries he’d likely have spent the rest of this season out on loan then drifted off somewhere in the summer and nobody really would have batted an eyelid (although we’d have missed the headline opportunities his name allows).

Now, it’s all very different, isn’t it? Having done what he did against City, on the back of his other performances, there’ll be no shortage of suitors for a guy who turns 24 in May and will be available for free at the end of June. Not long ago he was starting down a dark lonely path in an overgrown forest, now he’s treading the metaphorical red carpet and the spotlight is well and truly on him.

It’s to his absolute credit that he’s seized this chance at Arsenal. Whether he’s taken it because he knew this was last-chance saloon time to make it with us, or a genuine opportunity to put himself in the shop window, I don’t know. Either way, he’s played himself into the first team here, he’s ahead of Flamini – also out of contract in the summer – and if you had to choose between renewing one or the other, there’s only one sensible choice.

It was interesting to hear Arsene Wenger after the game on Sunday talk about how internal solutions sometimes present themselves and this one of those. That it took a clutch of injuries to players the manager had considered better options is fortuitous for both him and for Coquelin. He could have come back and struggled to make an impact; instead we’ve now got one of those situations we all enjoy so much – having to convince a player that this is the right place for him before he leaves on a free.

Can Arsene Wenger assure Coquelin that if he signs on he’ll be given the football he obviously wants? Are there summer plans in place that might impact on the player’s decision or even the manager’s offer? There’s talk of things being arranged already with Morgan Schneiderlin – if that was the case and you were Coquelin would you stay, regardless of the offer from us?

It’s not an easy situation. Indeed, there’s also the nagging voice that says Coquelin has shown Arsenal exactly what they need without necessarily being the right man to do that job in the long-term. Still, it’s an interesting problem to have, an unexpected one too, and if Le Coq can keep it up between now and May, then it’ll either make the decision easy for both parties, or one which leaves us ruing the timing of it all.

Whatever happens, it’s one of the nice stories of a season that has been trying for many reasons. A young guy, brought up at this club, has come out of the cold to make himself practically indispensable. I’ll admit I was dubious when he came back first, but on the basis of his performances I’d have no problem with giving him a new deal.

They’re often handed to players who don’t necessarily deserve them but whose monetary value dictates the need for renewal. Coquelin’s performance have dictated the need for his.

Just another quick plug for yesterday’s Arsecast Extra which you can find here. Bask in the warm glow of beating City as we discuss the game, the outcome and lots more besides.