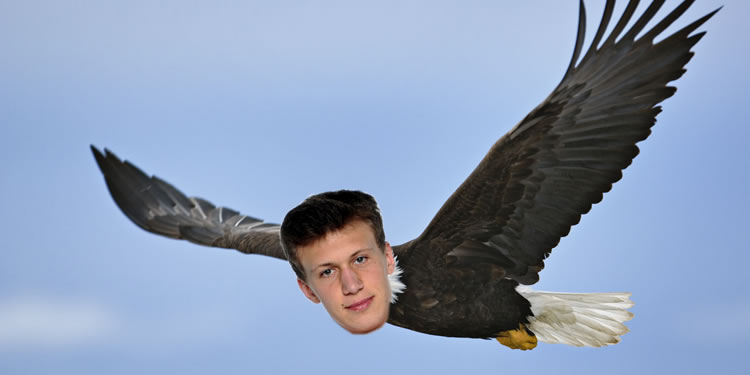 Morning from a very foggy Dublin.

Yesterday saw an actual signing. A transfer in the transfer window. A capture, a swoop, a coveted youngster was saved from transfer limbo after his club slapped a price tag on him, but after intense negotiation we got our target (who had been on our radar for quite some time), and we used some of our war chest to pay for him.

And now we own him. And his soul. The him in question is Krystian Bielik, the 17 year old Pole who was once owned by Legia Warsaw but not any more because we paid money for a human and now he’s ours!

There was very little said about it yesterday on the official site which is what you would expect really. He’s a prospect, a young player with potential who, if he works hard and if things go his way, could make a good career for himself. On the other hand, he could Eisfeld his way to a Merida-like exit. Do not pass Botelho, do not pick up 200 Sunu, and don’t forget your Wellington on the way out.

Despite Arsene Wenger saying he’d go into the first team squad, I don’t imagine we’ll see him very much between now and May, if at all. Of course I’m making the optimistic assumption that injuries don’t leave us in position where our only choice is to play a 17 year old with scant minutes of first team football to his name.

Ideally though, he’ll train with the group, get used to the different level expected at Arsenal than at Legia Warsaw (with all due respect to that club), and if he makes the right kind of progression perhaps he’ll be an option for next season. At best we might get the odd substitute cameo in this campaign but that’s about as far as it should go – unless he turns out to be a rare talent, but I suspect that’s unlikely. Anyway, good luck to him and we’ll see how it all goes.

Various Spanish experts have said the deal is either done, not done, in the process of being, probably not quite done, almost done, will be done at some point, or is close to being done but not done and it might not be done but probably will be done but things might change so it’s not done which isn’t to say the things that change can’t themselves change in which case it will be done as long as other things don’t change meaning it’s never done.

I do like the way they stick their necks on the line.

All the same, Gabriel played the full 90 minutes last night for Villarreal as they beat Getafe 1-0 at El Madrigal. So clearly nothing is so imminent that he was taken out of the firing line so as not to scupper any potential deal. In fairness to them they probably don’t want to lose him more than they want a transfer fee, so if he played and picked up a knock which might rule out any Arsenal deal it would suit them more, but it could also just be that things haven’t progressed enough to do it differently.

The spectre of the work permit looms large over the deal however. You would like to think that if we’re putting all this time into signing him we know that the appeals process will work in our favour. New rules set to be brought in from next season would automatically grant a work permit to any player who cost over £10m (it’s the slew of cheap £2m imports that they want to cut out), so perhaps if we demonstrate that this is a deal which meets the criteria that will be in place in the summer we might get the dispensation we need.

I’m just guessing though. We might have other reasons to believe he’ll qualify and frankly, at this point I don’t really care how he does, just as long as he does. This weekend’s trip to Brighton is a chance to rest and rotate certain players. Laurent Koscielny, for example, will most likely be kept in reserve meaning his screaming Achilles will get two weeks rest between games, but we’ve got no possible way of resting Per Mertesacker unless we deploy a central defensive partnership of Chambers and Monreal.

Even against lower-league opposition that’s far from ideal, and we know the cup is more than capable of throwing up shocks to big teams who are playing their best players in the right positions. The signing of a defender is an absolute necessity and the sooner we can get this done the better.

Right, there’s little else going on this morning, so I’ll leave it there. Tim’s column will be up later on and I’ll be back tomorrow with an Arsecast.

Oh, speaking of which, even though they say misery loves company, the win over Man City produced such goodwill amongst Gooners that Monday’s Arsecast Extra is easily the most downloaded episode ever. Thanks very much for that, and here’s to more results and performances like that one.