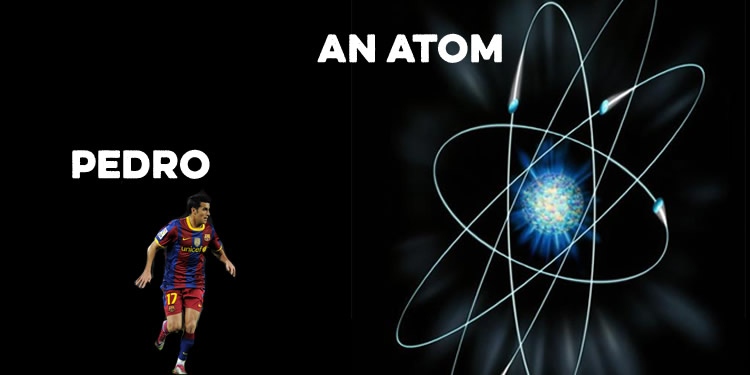 Pretty quiet again this morning, which is only to be expected after we won a game. It’s not as if you can really go to town on what a great performance it was against Sunderland so under the circumstances quietness is par for the course.

Yesterday on Twitter, Santi Cazorla posted a picture of himself holding up a pair of football boots, asking people ‘What do you think of my new boots?’

I don’t particularly care one way or the other, but after his shooting escapades over the last few weeks, I’d have been happier seeing him put the old ones in a stone pit and setting them on fire, dancing around, waving his arms to ward off the evil spirits that clearly have inhabited them. I do like Santi a lot, but even a player who claims to be happy all the time couldn’t help but look miserable as he spanked a shot into the lower ozone layer.

Not alone in sharing his life on Twitter, Mathieu Debuchy also posted a picture showing him doing some weights in the gym.

This led to one of the daily papers on their website running a big story about how Debuchy was ‘stepping up his recovery’. Another way of putting this would be:

Injured player doesn’t do nothing

Not quite as exciting, I know, but it’s the same thing. He’s obviously recovering from that ankle knack he picked up against Man City but gym work is part of the daily routine. Perhaps it was astonishing that he wasn’t in some kind of coma with tubes coming out of every bit possible and a doctor standing over him shaking his head sadly, but it’s a measure of how little else there is to talk about it that this is a story. Especially that it’s based on no new information. He didn’t suggest he’d be back quicker than expected or anything.

Still, I suppose anything that isn’t utterly calamitous when it comes to Arsenal injuries is worth highlighting. And yes, I am aware of the fact I used the very same Tweet for blogging purposes but it was illustrative, I tell you, illustrative.

The other thing about it being quiet is that it’s more easy to spot the nonsense. Despite the fact I have more than 175 sites blocked from my NewsNow feed, stuff still gets through and there’s been quite an amount of chatter about us going after Barcelona’s Pedro in the January transfer window. I have to say I got quite excited by that prospect because if there’s one thing we’re lacking it’s short, speedy forwards. I mean, you can never have enough of those guys even if it comes at the expense of pesky things like defenders and that.

Anyway, this is my list of things we should buy in January before we even consider Pedro:

And then we should consider Pedro. Then slap ourselves in the head, make another ludicrous list and actually buy all the things on it. Pedro indeed.

Meanwhile, some vaguely interesting stuff about us being 9th in the list of clubs that have produced the most amount of homegrown players. We have 22 players in the top 5 leagues, falling short of Barcelona with 43, Manchester United with 36, and Real Madrid with 34. A homegrown player is one who played for at least three seasons between the ages of 15 and 21.

I don’t know how much you can read into this really, but the most recent comments from new youth supremo Andries Jonker suggest that there’s a lot of work to be done at that level. We consistently churn out players who are feted as the next big thing but who rarely, if ever, make the breakthrough.

While a considerable part of that is down to the required level being so high, some of it because of the education and training they receive and if that improves then so do their chances of making the first team at Arsenal. There are no overnight fixes though, patience is required here.

Right, that will have to do. Back tomorrow, assuming something happens in the meantime.