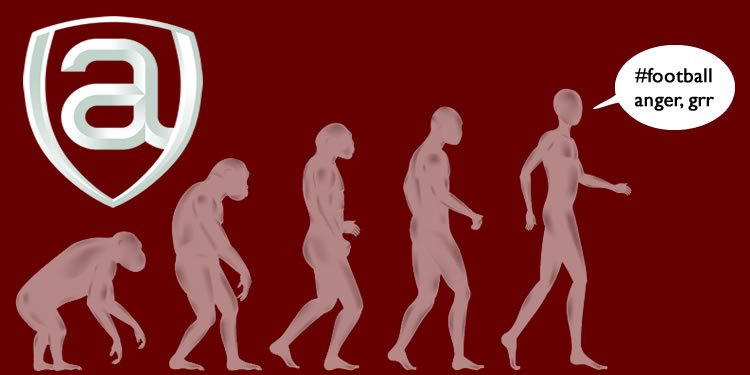 Not a lot going on today as we carry on from the 2-0 win over Sunderland. After that game the main issue is the fitness of Kieran Gibbs who left the pitch with what looked like a hip injury and any absence there would leave us very short of defenders. There’s been nothing official yet, but some suggestions from the press that it’s not too serious.

[Insert joke about it being more serious than anyone could possibly have imagined].

In light of that, I tried to find out if Gibbs was banjaxed and we found ourselves down to two fit defenders and a cardboard cut-out of Ian Ure, it might be possible to recall Carl Jenkinson from his loan at West Ham. The word there is that it’s not something they would consider doing. I don’t even know if there’s an emergency recall option, but season-long loans are usually just that – even if it might be handy to have him back for a period.

Interestingly, both Hector Bellerin and Isaac Hayden have been added to the first team squad on the official website so at least the defenders section doesn’t look as bare as it did. I don’t suppose it was done simply for aesthetic reasons so good luck to the two young men in question. I suspect we’re going to need them between now and the opening of the transfer window and then the last day of January when we play a dangerous game of brinksmanship to get a player for £9.99 less than his club want to sell him for and triumphantly do that but draw every game that month because we really needed a defender.

Speaking of the players, we’ve finally updated the player profiles on Arseblog News with the new faces as well as new info on some of the existing bunch – check out the Player Profiles 2014/15. And yes, all those facts are 100% true, verified, confirmed, established and proven.

Beyond that the only stories around are Arsenal players talking about how awesome Alexis is. We’ve had Oxlade-Chamberlain, Danny Welbeck and Mikel Arteta, and I’m assuming the rest of them are just queuing up to take their turn, by the end of the week we should have everyone finished ahead of his match-winning turn against Burnley.

Finally for this section, if you haven’t had a chance to listen to yesterday’s Arsecast Extra, James and I discussed Sunderland, Alexis and took questions including: would you take a Champions League win if it mean Chelsea going unbeaten for the league season? The answer to that, and much more besides, can be found in this week’s show.

Now, with what little football there is done, for something completely different.

You might notice a few changes around the place this morning. That’s because I’ve changed some things. There’s usually a simple explanation, you see. As of now it’s still a work in progress so there’ll be some minor tweaking throughout the day, but the big changes are:

1 – A tiled homepage on which you can find the 12 latest posts.

2 – A new menu bar in which it’s easier to access Arseblog News, the Arsecast and you can also find the latest article from your favourite columnist much more readily than before.

3 – New sharing options. Look for the share icon at the top right of each post’s menu bar:

The Arses (the comment system) are available from the home page or from the top menu on an individual post. There’s also easy access to previous/related stories, and a few other things too. This comes on the back of the re-design of Arseblog News to make everything a bit cleaner and more fresh. Options like the Mailing List are now a bit more obvious.

We also have some updates coming to to our apps (iOs – Android) over the next few weeks, and for those of you who follow the site through an aggregation service like Feedly I’d recommend downloading one of the apps. I don’t know about other content producers but I’m not particularly down with the idea that Feedly and their ilk can take our content, strip it of the advertising we need to keep things running and display to it their own users. As such, we’ll be making our feeds private and the full version only be available through the apps (this won’t affect the website in any way).

On that, if you run any kind of ad-block software, white-listing Arseblog and Arseblog News would be hugely appreciated. I know some sites go overboard with advertising, but we try not to be too obtrusive. We don’t have pop-ups or pop-unders, we don’t put ads in the posts, we don’t use any kind of irritating auto-playing video which usually shows an opposition manager waffling about shit you don’t care about, but we do need the ads to survive and bring you all the blogs, columns, news, podcasts and much more seven days a week.

As I said, I will be tweaking and messing with things throughout the day, but if you notice anything glaring or have any feedback, please feel free to leave a message in today’s Arses. And thanks as always to @arseblog_tom for the code gunthering to make it all work.

*puts on ‘Oooooh, I hate it!’ deflection suit*