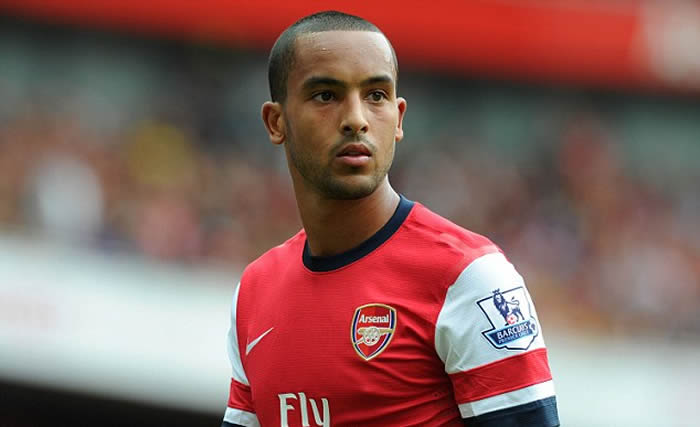 As of yet this morning I haven’t read anything about Alexis, the last Arsenal player to take part in Interlull action, having had his hamstring twanged, his ankle knackered or his knee exploded.

This is a good thing because last night against Andorra, Aaron Ramsey looked like he picked up an injury in the final stages of the game. Afterwards, Wales manager Chris Coleman said:

He twisted his ankle and got a kick. Hopefully he’ll be ok for Arsenal on the weekend.

After Arteta and Ozil at Leicester last weekend, that’s the third twisted ankle of the season so far. Is there some way we can get these guys boots with scaffolding on the side to support them? With doubts over Ozil due to his non-participation in Germany’s games, losing Ramsey for the visit of Man City would be a big blow.

He hasn’t played as well overall this season as he did last time around, but with three goals from six games he’s still someone who can make a decisive impact. We’re likely to find out tomorrow what the latest is on the injured players as the manager meets the press, so until then let’s keep fingers crossed.

It’s also kind of interesting/annoying that Coleman described the pitch in Andorra as ‘not up to standard’. It’s an artificial surface, but experts would have to tell me whether a player is more likely to do himself damage on that rather than grass.

The silver lining, such as it is, is that injuries in this area of the pitch don’t really leave us short of numbers. Unlike a central defensive injury or two which would leave us down to bare bones, we’ve still got players like Alex Oxlade-Chamberlain, Tomas Rosicky, Lukas Podolski and even Joel Campbell who can fill the gaps should Ozil and Ramsey not make it.

Obviously you want your best players fit and available, but then the whole point of having a deep squad is being confident that the cover you have is capable of doing what’s necessary. Rosicky, for example, spoke last week about how he’s been disappointed at the role he’s played thus far, and it strikes me City might be the perfect game for him to add the kind of energy and quickness of thought that’s been missing.

As for Oxlade-Chamberlain, he’s more likely to get the nod I reckon, and I do feel like he’s at a point where he could really kick on. Ok, his finishing against Everton was woeful, but at least he was in those positions in the first place – sooner or later he’ll find his range. Which is to say, it’s not ideal if we have to face the champions without two of our best players, but hopefully we’re in a position where we can cope.

Meanwhile, Theo Walcott has given an update on his comeback. There were rumours that he could be back for the game against Sp*rs on September 27th, but he wasn’t being quite so exact:

We’re not setting specific comeback matches, but I’m just pleased it’s hopefully now only a matter of weeks before I’ll be back playing There may be one or two under-21s matches I’ll be involved in first.

As a player whose primary weapon is pace, it’ll be very interesting to see how this injury affects him. It’s not unusual for players who suffer from cruciate injuries to lose a bit of their quickness, but for more technically adept footballers, it’s something they can adapt to. With the best will in the world, Theo isn’t the most naturally skillful player around, and it’s those quick feet and the finishing ability that causes the most damage.

However, treatment of cruciate injuries (amongst others) has improved. It used to be a potential career-ender, now we know that it’s a 9 month absence and the path back to the top level is not as fraught with potential danger. I guess we won’t really know until we see him back in action, and I’ve no doubt he’s worked as hard as possible to be on the brink of a return.

His availability will certainly give the manager something to think about in terms of how he sets up his team again. Alexis, Welbeck, Walcott – that’s a speedy front three and quite the turnaround for a team who, with the absence of Theo, was almost entirely stripped of pace last season. It is, though, one of those good problems for a manager to deal with. He might scratch his head a bit, rather than bang it off a wall repeatedly.

Finally for today, some interesting stuff from Jack Wilshere about the role he’s been asked to play for England. He speaks about studying Javier Mascherano and Andrea Pirlo to help him prepare for it. Now, although those are two players whose experience is key to them playing so comfortably in that position, I do like that Jack seems prepared to knuckle down and do what’s necessary to educate himself.

I think it shows he’s serious about doing the best he can, and if that’s the kind of attitude he’s got when it comes to England, you can be sure he’ll just as conscientious when it comes to Arsenal.

Right, hopefully we can get back on track and Arsenal things up in the next few days. More here tomorrow, until then have a good one.