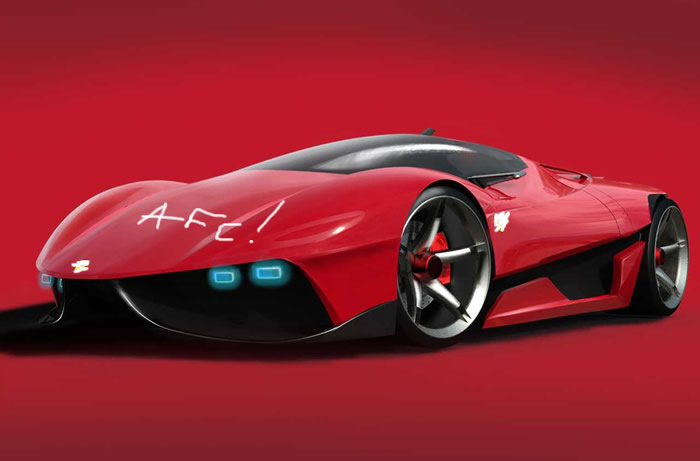 Like yesterday: the one about Thomas Vermaelen being ‘unwilling’ to sign a new contract with Arsenal. Oh, there’s a shock. A man who has barely played for 18 months might fancy going somewhere else. It also presupposes that a player we’re obviously willing to let leave the club, due to his indifferent form for the 6 months before the 18 months he barely played, is being offered a new contract.

Thankfully this summer there haven’t been too many quiet days, or quiet periods, because then you get the really silly stuff where we’re fictitiously linked to a player who goes elsewhere and then we get the ‘Arsenal transfer blow as X goes to FC Elsewhere’ stories.

The old ‘transfer blow’ story is also a more difficult sell when you’ve actually gone out and spent a load of money on actual players. It’s hard to feed into the fears when the fans are actually quite happy with everything that’s gone on thus far.

Still, the Vermaelen stuff highlights to me how we need another signing in the centre of the defence. Even if Calum Chambers is an option, I still think we need another body in there to give the squad the requisite depth for the season ahead. I don’t really have any doubt that it’ll be Vermaelen out, one player in. I had thought that where Vermaelen wants to go would be key, due to the possibility of being cup-tied for Europe.

Obviously that doesn’t make any difference to Manchester United (thanks Moysey!), but I had thought that it would impact on a potential move to Barcelona. However the UEFA regulations state:

So, Vermaelen could play in our Champions League games and still play for Barcelona, should there be any truth in the Barcelona stories in the first place. He could certainly play for United. And as Tim Stillman pointed out in his column last week, it means that the manager is more than likely to use the rest of the window to finalise his squad.

Whether Vermaelen is fit enough to take part in those games is another question entirely, and if not our central defensive need becomes a bit more pressing, but if he is then he can ease Mertesacker back into things, look around for the central defender he wants, then do the deal which will see the new boy arrive and the Belgian leave.

It’s interesting that we haven’t really been linked with too many centre-halves this summer. One name was mentioned to me some weeks back, but the thing with that player is that he would arrive with exactly the same issue as Per Mertesacker – after a long summer and with little pre-season preparation. If there’s any truth to that, then it wouldn’t be a surprise to see Vermaelen stay almost right to the deadline (providing he’s fit or not ‘injured’ or whatever).

Similarly, with more and more stories linking us to Sporting’s William Carvalho, the presence of Mikel Arteta and Mathieu Flamini means that the manager can negotiate, rather than being forced into action because of our complete lack of options there.

To my mind, a signing like Carvalho would be welcome, of course, but it also spells the end for one of Arteta or Flamini. With the 25 man squad rules and the fact that football would become scarcer, one of them (at least), would have to be moved on. Yet as long as he has both of them in his squad, it’s not as if we’re going to be caught short, allowing him to play the long game in the transfer market.

He hinted at it it himself, saying:

I think August 15 to 30 will be busy again … the transfer window closes on the 31st.

And I’m cool with that. I think we’ve done good and necessary business up to now and, what sets it apart from previous seasons, is that it all feels more like part of a plan, a strategy. We’ve identified key areas in which we badly needed players, and we’ve got them.

On top of that, the addition of the new fitness coach shows that there’s a willingness behind the scenes to not just identify problems, but solve them. Obviously the new man is going to need time. He’s not a miracle worker and he’ll need to implement his ideas and methods which may take some getting used to for some. If there’s some resistance, surely the backing of our Germans, who have worked with him for years, will smooth that transition.

But overall, it’s apparent things are different. The engine is oiled and running smoothly. It doesn’t sound like a clapped out tractor held together with twine going down the road. More and more the signing of Mesut Ozil feels like a game changer, both in terms of what it meant from a football point of view, and how the club operated.

I won’t say there’s a swagger about what we’ve done this summer, but it feels like there’s an air of confidence about the place, which hopefully will be replicated on the pitch when the season starts.

And despite the fact we still have some way to go to be fully ready for that moment, I can’t wait for it to start.

Vermaelen on his way to Barcelona + Saturday round-up