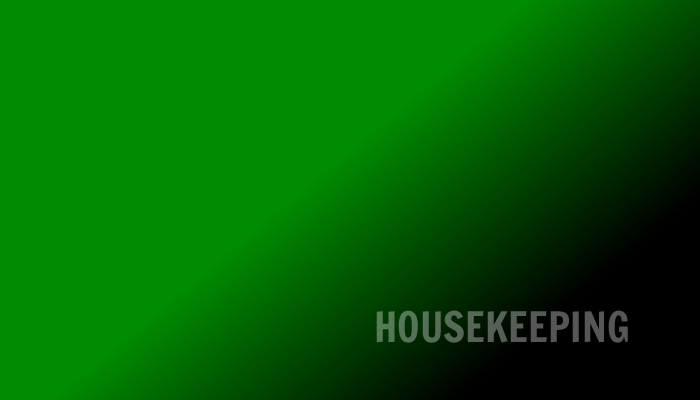 This is surely the quietest week of the summer so far. The players are undergoing a week of intense fitness training ahead of Sunday’s Community Shield, as we touched on yesterday things have slowed down in the transfer market, and that means there’s very little going on.

In some ways that’s not a bad thing. It means I get to run through my Arseblog checklist for the new season, which includes:

I’m sure there are loads of other things I should be doing too, but long-term, strategic planning is not exactly my thing. We do have some ideas which need a bit more thought and discussion before making them public (particularly Arseblog the Musical … doh …), but I’ll let you know about them in good time.

Or at the last minute and hope for the best which is what usually happens, but there you go.

It does seem like the summer has flown by though. I guess that’s all the staying up late watching an ace World Cup and everything else, but it’s hard to imagine it’s more or less 10 days until our first league game of the new campaign.

On Friday UEFA will do the draw for the qualifying rounds of the Champions League, so our August schedule will become complete. At this point I don’t know all the teams we could face but I’ll save that exciting information for Friday’s blog. Don’t wanna use up all the good stuff just yet.

Away from all that deep introspection, the only news this morning is that both El Mundo Deportivo and Sport report that Arsenal received a €12m bid from Barcelona for Thomas Vermaelen. This information comes via a report on Sky Sports so I’m a little dubious as the Catalan papers are usually first with this kind of thing.

Maybe new boss Luis Enrique is a most inscrutable chap and has cut out all leaks to the local press, because normally they’re full of stories which include entire lists of players that Barcelona are ready to bid on, how much they’re going to bid, when they’re going to bid, and some odd detail about the player’s private life and how much he’d like to live Barcelona – perhaps even mentioning the area of the city that his agent has been tasked with looking for houses in.

Anyway, we’ll see what happens there. As that goes on, we’ve been linked with a move for Liverpool’s Daniel Agger. Which seems rather like replacing like with like to me. Left footed – check. Injured quite a lot – check. Defensive lapses overlooked by some cracking goals from distance – check.

If that’s the best we can do, we might as well just keep Vermaelen and he can leave on a Bosman next season. However, I’m pretty sure that manager and player had a conversation towards the end of last season and an agreement was made which would allow him to leave, and I doubt that was conditional on us finding a replacement. Surely in agreeing to that, it’s implied that you’d have to bring someone else in, so it’s really down to us.

Elsewhere, some interesting new rules have been put in place this season in the Premier League regarding head injuries and concussion. Also interesting is the role played in it by Gary O’Driscoll, the Arsenal doctor. Having gone to a rugby playing school, my interest in that game is zero, but the Mugsmasher (who despite going to the same school is a fan of odd shaped balls), tells me that during his time as doctor to the Irish rugby team, O’Driscoll found himself at odds with the IRFU regarding their policies towards head injuries in the game and that was a factor in his departure (to Arsenal).

Speaking yesterday, he (O’Driscoll, not the Mugsmasher) said:

With regard to head injuries there has been a perception in the past that you can tough it out, you can play on, you can be brave. We’d really like for everybody involved in the game to accept that concussion is a brain injury. We are acting in your best interests, and the team’s best interests. To take a player off is for his short-term, medium-term and long-term benefit.

There was Twitter outrage on a number of occasions during the World Cup when players who suffered head injuries and may even have lost consciousness for a time, were allowed play on. That’s not to say every bang on the head results in concussion, but given the potential seriousness of the consequences it’s good to see these new guidelines put in place.

I can’t really remember an issue like this involving an Arsenal player in recent times – Arteta having a gnasher knocked out doesn’t really count – but with our doc fully behind the new rules, we can be assured they’ll do the right thing.

Right, that’s about that. Gunnerblog and I will have an Arsecast Extra for you today. Given the paucity of news and stuff going on we might just each read a passage from our favourite book of all time, but equally we might just make something.

If you’ve got any questions you’d like us to address, send them to us on Twitter @gunnerblog and @arseblog with the hashtag #arsecastextra, and we’ll do our best to get to as many as we can.

That should be out a little after lunch, so until then, take it easy.