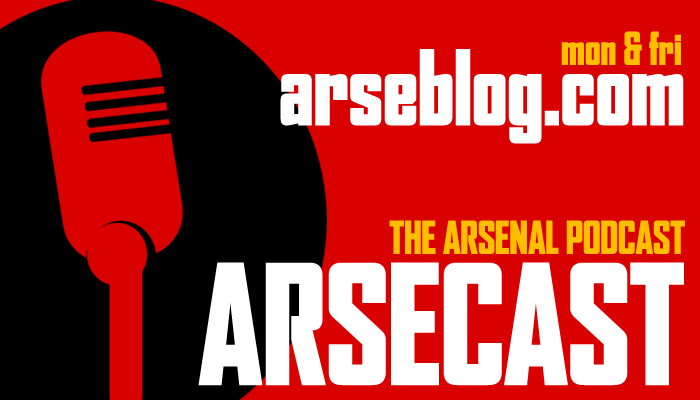 Well, I was looking forward to Arsene’s final press conference of the Premier League season today, but they only went and had it yesterday. Talk about messing with people’s schedules that exist only in their minds.

It’s hard to believe that the league season is almost done. It has flown by, for me at least. One minute we’re sitting around growing increasingly exasperated that we haven’t spent any money and seem to be incapable of securing any of the players we want, the next we’re finishing fourth and hardly anything seems to have happened in-between.

Well, of course lots has happened, but it’s happened at vampire speed. You know, like when a person in a vampire film tries to do something and a vampire whizzes about faster than light just to be impressive, but at other times, when th vampire is involved in a fight or something like that, they never seem to move at that speed when doing so would make victory assured. It begs the question ‘Are vampires retarded?’, and I think the answer has to be yes.

Anyway, the team news is that Jack Wilshere could be back in the squad, so too Kieran Gibbs and Aaron Ramsey, and although Alex Oxlade-Chamberlain has returned to training, this game is still too soon for him and he’ll sit it out. The manager spoke about wanting to win the game, achieving a 79 points total for the season, and I’m all for that. However, I think we need to balance the desire to do that with the fact that it doesn’t matter a bit really.

What matters is next weekend at Wembley, so there’s no need to take any risks with anyone. I’d be inclined to keep certain players well and truly wrapped in figurative, not literal, cotton wool. But also literal cotton wool although knowing our luck some of them would be allergic and swell up like a common Neil Ruddock. But really, is there any need to risk Aaron Ramsey or Mesut Ozil? I don’t think so. One unlucky kick and it’s curtains for the final. Same with Olivier Giroud, Bacary Sagna, one of Mertesacker or Koscielny, Arteta too.

I would rotate the shite out of the team. In you go Sanogo, get your Jenkins on, Carl, er … uhm … and I’d throw in Vermaelen, Flamini, Wilshere (if fit), Kallstrom, Diaby. I’d even give Emiliano Viviano a run-out on the left wing if that ensured that we kept everyone fit, fresh and available for the cup final. It’d be a shame to send him home after his gap year without even a single appearance.

“Ooooh mama, they kept me locked in a dungeon the whole time. The only person I saw was Rosicky when he was signing a new contract.”

What stories he’ll have to tell. So, the bottom line for me is play as few of the cup final team as possible. Momentum is great, for sure, but not being banjaxed, maimed, crippled or smooshed into little pieces is even better. Wasn’t it a Norwich player who broke Sagna’s leg towards the end of the season a couple of years back? Less of that, if you don’t mind.

Meanwhile, some interesting comments from Arsene Wenger about the appointment of Helena Costa, a Portuguese lady who has been made head coach at Clermont Foot in Ligue 2. He says:

I like it. There are men managing women, why should women not manage men? The only thing I was always a big defender of in my life is to defend competence. If you are competent, you get the job anywhere.

It’s certainly a brave decision by the club and a huge undertaking for Costa. Bad football managers are ten a penny, but the reason they’re bad is nothing to do with their gender. They’re tactically inept, poor man managers, stupid, clueless, rubbish in the transfer market, unable to motivate players etc – the list goes on. But it has nothing to do with the fact they have willies. However, you can be quite sure that if Helena Costa doesn’t do well it’ll be because she’s a woman.

That’s the unfortunate reality she faces, but I like the idea that this will challenge the way people think and I hope she does well. And even if she doesn’t, that there’s a greater understanding that, as Arsene Wenger says, her competence is the issue, and not her gender.

Elsewhere, Jens Lehmann says he’s ready to get back into football on a coaching level. He’s been doing his badges for a while now, spending time at Arsenal and the Welsh FA, he says:

It may very well be that after the summer I’m closer to football. It’ll probably be with a club and it doesn’t have to be Germany, England may also be a possibility, but as a coach. In Germany, people see me more as a sports director. I’ll make a decision in the next six to eight weeks.

I’d love to see him back at Arsenal in some way. Doing the new book I was lucky enough to interview Cesc Fabregas, Graham Stack and Danny Karbassiyoon, and each of them had a fantastic story to tell about Lehmann. The image of him as a slightly eccentric, perhaps fiery, character is well known and it’s not for no reason – but what drove it was an almost relentless desire for perfection and to win, so to have that behind to scenes would certainly be interesting for the future. I guess we’ll find out soon enough.

And you can find those stories in the new book, which we’re launching in The Tollington next Thursday at 6pm. It’s the week of the cup final, what else would you be doing on a Thursday night?!

Right then, time for this week’s Arsecast and I’m joined by Julian H from Gingers4Limpar to talk the season, whether progress has been made, Bacary Sagna and more. There’s a bit of Mick Bendtner in there and all the usual waffle.

You can subscribe to the Arsecast on iTunes by clicking here. Or if you want to subscribe directly to the feed URL you can do so too (this is a much better way to do it as you don’t experience the delays from iTunes). To download this week’s Arsecast directly click here – 30mb MP3.

And that’s that. Back tomorrow with a round-up of whatever the hell is going on. In the meantime, have a good Friday. Don’t work too hard.