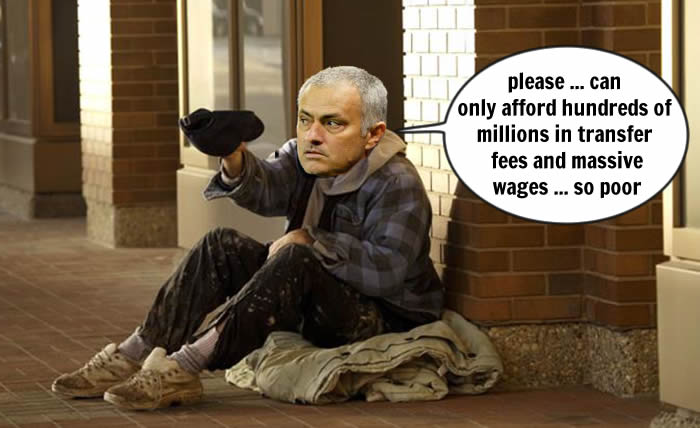 We remain top of the league after last night’s 1-0 win for Chelsea over Man City. It was quite an interesting game, Chelsea played differently than I’d imagined, belying their status as one of football’s true underdogs, bravely fighting against a team financially hopped up on oil-coated, solid-gold, diamond-encrusted goofballs.

That Man City, eh? With their ridiculous amounts of money spent on players and wages by owners who have plundered the planet’s natural resources. It’s a wonder Chelsea even bothered to show up, but it’s hard to argue that they didn’t deserve the win.

City were, let’s face it, pretty rubbish on the night. Playing the lead singer from Extreme in central-midfield was a decision that really didn’t pay off, and is it ok to say, at some point, that while Vincent Kompany is a really nice man he’s not quite the flawless centre-half people make him out to be? If it weren’t for the post, and the bar, Chelsea would have been comfortable winners.

Oh, and those David Silva misses. I prefer our miniature Spaniard to theirs, any day. Still, it showed that City, for all their goalscoring, aren’t the unbeatable ‘BEST TEAM EVAH!’ that people have been saying of late. It’s always struck me as strange that their prowess has been talked up so routinely as they’ve been off first place for most of the season, but there you go.

Anyway, it means that if we can go to Anfield and take three points on Saturday, we’d open up a (temporary) 5 point lead at the top of the table. Not too shabby at all. This weekend Chelsea will beat Newcastle at home while City will go to Norwich, score 8 and everyone will talk about how brilliant they are again, so it’s important that we get something from our trip to the Mugsmashers. There’s plenty of time to look forward to that though.

In the meantime, Wojciech Szczesny talks about how consistency of selection has played a major part in our defensive record this season. Speaking to the official site, he said:

There really is so much to be said for that in an area of the pitch where organisation and playing ‘as a unit’ is key to performing at a high level week in, week out. When we had all four full backs out injured a couple of seasons ago, it’s little wonder we were all over the place defensively. Having to use centre-halves, or raw, youth team midfielders, in those positions has an effect. You can get away with it for a game or two, maybe, but full back these days is such a demanding position you’ll get found out sooner or later.

It also helps that every single member of that back five has improved on an individual level too over the last 12 months:

Szczesny – dumped out of the side last season, came back focused and determined, and that’s reflected in his performances.

Sagna – back to his very best after one season of struggle following two broken legs. People’s unwillingness to show any understanding of how this might have affected his performances was baffling to me.

Mertesacker – always underrated but now playing like a man at the very top of his game, confident and supremely assured.

Koscielny – his rise and rise since joining the club is one of the true success stories of Arsene Wenger’s reign. ‘A defender who spent most of his career in Ligue 2? That’ll work out well!’ Now, undoubtedly, one of the best in Europe.

Gibbs – a recent injury spell has seen him sit out a few games, but there’s no doubt he’s taken a step-forward this season too and I expect him to continue to progress as the season goes on.

Nacho Monreal is fantastic back-up, despite a couple of iffy performances recently, while Carl Jenkinson suffers in comparison to Sagna (as do most) but hasn’t let us down yet this season. When you ally that individual and collective improvement, it’s little wonder our defensive record is so good, and it’s why we can win games the way we’ve been winning them.

When you add a deep desire not to concede – as expressed by Laurent Koscielny here – it makes for the perfect defensive cocktail. While so much anger and ire was spewed at the end of the transfer window over our decision not to bring in a forward, I don’t really have any worries about us scoring enough goals.

I think our title challenge, or ability to win a cup, is far more dependent on our back four/five staying together and maintaining the form they’ve shown throughout this season. For me that gives us a better chance of winning somebody than taking a striker on loan just because they’re a bit better than Nicklas Bendtner. Let’s hope they can do that.

Finally for today, if you haven’t caught yesterday’s Arsecast Extra, have a listen. We discuss all the weekend’s events, and non-events, Kim Kallstrom, and take your questions on a range of subjects. Check it out here – or on iTunes, Soundcloud or Stitcher.

Defensive problems obvious, but is the solution?