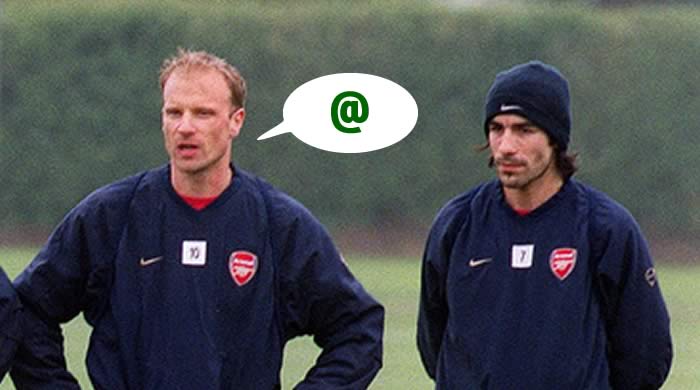 Since yesterday nothing has happened that’s of any interest whatsoever. This is not good news for those of you expecting something entertaining to read this morning. There’s some stuff from Robert Pires who has urged Arsene Wenger to keep spending:

There is no question that Arsenal are at a high level at this moment. They are playing to the kind of football played during my time at the club. And Ozil – well, he is world-class. But their appears to be a new financial philosophy at Arsenal now. Arsene can spend money, more than he has been able to do before and I believe he should add to the squad when he can.

Hard to argue with any of that really but I’d still urge some caution in making comparisons to the team that Pires graced. They did it over a long period of time, we’re still in the infancy of this season. So, while it’s very enjoyable, I just worry a little bit that expectations are soaring to somewhat unrealistic heights. Which makes the return to earth, when it happens, a bit more bumpy.

And we all know how well we deal with setbacks. They’re discussed in a calm, rational, sensible and mannerly way at all times until an understanding of polarising view points is reached. “You know, good sir, I fundamentally disagree with your stance on this but I fully respect your position. Let’s have some tea.”

Other than that, the only thing that’s going on is the emergence of what appears to be Dennis Bergkamp on Twitter. Is it real? Can it possibly be? Well, it’s been mentioned by the Arsenal account, Edwin van der Sar says it’s genuine, and he’s swapped smilies with Ian Wright.

If it is really him I look forward to his first interaction with @official_Lee_Bowyer and @real_s_lomas.