In managerial terms, Arsene Wenger belongs to a dying breed at the top level. In a game increasingly governed by the chequebook and brutal short termism, he is a developmental coach. He enjoys an almost unrivalled reputation in this respect, having nurtured hitherto undiscovered or untrusted talents of the likes of Thierry Henry, Cesc Fabregas, Lillian Thuram and George Weah. In a way, you get the impression that he might be more excited about the signing of Yaya Sanogo this summer than the capture of Mesut Özil.

Whilst the signing of Özil is correctly lauded as significant for Arsenal, both ‘footballistically’ and politically, the manager will likely have expected an improvement based on the raw materials he already had. Wenger was quite vocal about the value of stability this summer, having seen a few too many birdies fly the coup in summers past. Any club would suffer from the loss of players such as van Persie and Fabregas, but Wenger probably craves stability in his playing staff more than most managers in the modern game.

In the summer of 2003, Arsenal only added Jens Lehmann, Gael Clichy and Philippe Senderos to their squad in advance of an unbeaten season. It’s true of course that Arsenal had a slightly better group of players back then. However it’s worth remembering that this was the summer in which Roman Abramovic arrived in England. Wenger trusted the burgeoning chemistry and internal improvement of a relatively small squad.

I’ve already written about the step up we can expect from some of the younger players this summer. The likes of Szczesny, Ramsey, Wilshere, Chamberlain and Gibbs are likely to cross the 100 appearance mark this season. Ramsey’s progression has been the most eye catching, but Olivier Giroud has also been making hay in the improvement business. The ever reliable @orbinho tells us that Giroud has scored 5 goals from 6 shots on target so far this season.

What’s been notable is how much more serene he has been in front of goal. On occasions last season, he was guilty of trying to break the back of the net with his finishing. An unnecessarily blasted finish, followed by an anguished look to the heavens became his stock in trade. This season so far, his goals have been caressed into the net. The efforts against Villa, Spurs and Sunderland have been remarkably similar. A clever run towards the front post followed by a delicate finish across his body.

However, opponents are quick to notice choreographed goals and you can bet the likes of Stoke will be discussing ways of preventing Giroud from making this same run and protecting their front post. You may recall at this point last season that Podolski and Cazorla were combining with unerring regularity http://gingers4limpar.com/?p=2146. However, this nascent partnership soon became less prolific. In part, due to Podolski’s fitness concerns and Arsenal’s tactical tweaking, but largely because opponents were quick to spot it and keen to neutralise.  Giroud will be subject to more intense focus.

Sooner or later, he is going to have to start using his right foot for something other than standing on because he will need to be more economical and efficient in his movements. He passed up a close range shot in Istanbul because it was on his right foot and gave the defender a chance to dispossess him. One of the most tangible improvements van Persie made in his game was to develop his “chocolate leg” as he termed it. Giroud’s improvement has been marked, but top level players should always aspire to improve further, even in the purplest of patches.

One of the less celebrated improvements has come from left back Kieran Gibbs. The January signing of Spanish international Nacho Monreal certainly gave him something to think about. The signing offers some circumstantial evidence that competition is no impediment to the development of a good player. I think in terms of ability, there’s very little to choose between Monreal and Gibbs. The difference is that Gibbs suits the setup of this Arsenal team slightly better.

Having learned his craft as a winger, Gibbs offers width to a left flank that utilises players that like to drift infield. Monreal is arguably a more secure left back, preferring to tuck in next to his centre halves. Yet both Cazorla and Podolski like to find space inside. Defensively this can have ramifications for Monreal as Cazorla and Podolski look to defend the same corridors when they track back. Andre Santos ran into a similar problem when paired with Lukas Podolski- albeit his issue was more that he liked to attack the same channels as the German.

Gibbs offers width on the left but his improvement has been in the technical security he offers. He stretches the pitch for Cazorla or Podolski of course. As Anam pointed out a few weeks ago http://arseblog.com/2013/09/tactics-column-arsenals-plans-starting-to-take-shape/, Arsenal’s flanks are functionally different. With Jenkinson / Sagna’s rumbustuous style and Walcott’s pace, the right flank is all about penetration. Arsenal’s left flank is much better suited to our attacking foreplay. Gibbs’ key improvement has been technical so that the partnership between he and Cazorla is just beginning to ape that of Cole and Pires.

According to whoscored.com, Gibbs had a passing accuracy of 93% and touched the ball 90 times versus Sunderland. With Cazorla unavailable, Arsenal have played without a fixed left winger. Wilshere, Özil and Ramsey all flitted to and fro between the centre and the left. This added sophistication to our approach in possession, but there were defensive consequences. When Sunderland began to apply pressure in the second half, Gibbs was often facing down Celustke and Adam Johnson alone and he did so without significant bother.

That said, the ‘threat’ of Adam Johnson is akin to that of a wasp in that it is implied much more heavily than it is realised. He looks like he ought to be threatening, but so rarely is. I think Gibbs is a tad unfortunate to be behind Leighton Baines in the England reckoning. I have the nagging impression that Baines’ reputation as a left back is inflated by a neat haircut and the fact that he takes free kicks and penalties so well. He’s not a bad full back by any means, but I don’t think his game is as well rounded as Gibbs’ has become.

Kieran has a couple of satisfying performances from some satisfying away trips this week. The trip to France was an interesting one as always. Not least because myself and @GeezyPeas https://twitter.com/GeezyPeas faced down one of the more surreal threats I’ve encountered on foreign soil. The manager of our hotel threatened our group with expulsion due to what she described as “a smelly disturbance” in the hotel reception. 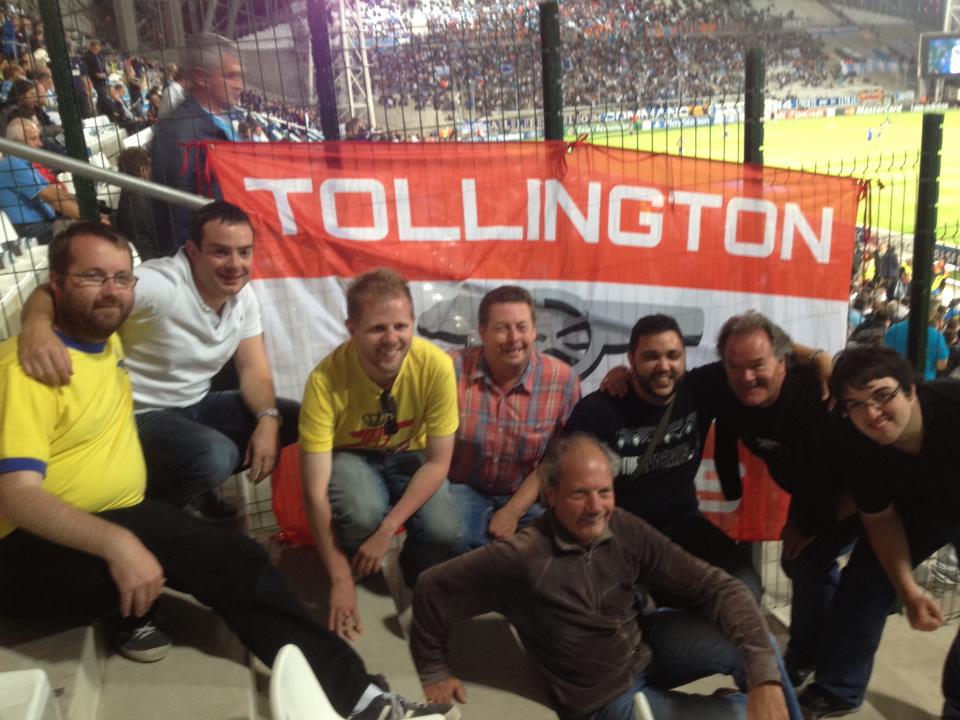 Effectively, somebody guffed and we were given the blame (is it possible to break wind in duet?) by the manager who then also threatened to call the police! You can’t really ask for much more from a European trip than for some late summer sunshine, some good continental beer, three points and being told that your odour is offensive enough to carry punitive consequences. LD.