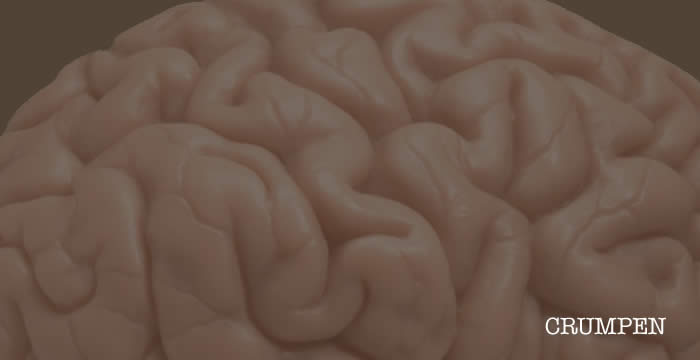 Mrs Blogs sometimes complains that I mangle language and invent words to suit my own purposes. Perhaps more than anyone she should know that I would be suffering a touch of the *boilk* this morning, having witnessed me consume most of the Maker’s Mark in the world last night.

So when I declared my brain felt ‘crumpened’, she suggested, not unreasonably I guess, that I use actual words to describe how I’m feeling rather than make them up myself. I feel this is a bit boring. Everybody uses those words. Not that I’m trying to be a linguistic hipster or anything, using words before they become cool, but crumpened seemed to suit best.

Crumpened is the kind of dry, tight feeling your brain has after you’ve had too much bourbon. Yes, it’s that specific. And hey, I’m happy to share my inventions with the world. I don’t feel the need to trademark or restrict their use. If you’re feeling crumpened this morning, then I feel your pain. Let us share it, and how we describe it.

There’s little going on from an Arsenal point of view anyway. The summer transfer business thus far consists of players going out. Which is a good place to start, I suppose. We’ve complained so long about deadwood that you’d think Al Swearingen was manager.

The latest is that Vito Mannone is on his way to Sunderland, who are in need of a goalkeeper having sold Simon Mignolet to the Mugsmashers. Good luck to him, I say. He seems a decent, honest guy who was never going to be quite good enough for a top four club. At 25 he’s getting to an age where he really needs to play regularly, it’s not everyone who is content to Stuart Taylor their way through their football career.

There has been talk that since Liverpool have Mignolet they might be willing to let Pepe Reina go and folk have long talked about our need for a keeper. The thing is though, the reason they might let Reina go is because he’s been pretty much abject for the last couple of seasons. Had any of our keepers made the kind of howlers he has, and so consistently, there would be Twitter campaigns to have them hung, drawn, quartered, tarred, feathered and then fed to hungry pigs.

I’m all for us improving our squad, in every single area, but I’m not sure Reina would do that. Plus he did that thing with putting a Barcelona shirt on Cesc that time and I still want to stamp on his foot really hard for it. So, goalkeeper – sure, Reina – no. Noooo. No. No. Thanks.

Elsewhere, Johan Djourou is on the verge of signing for Hamburg on loan. He had a good spell with Hannover, but they’re unable to match what the Burgers are offering from a financial point of view. There’s an option to purchase at the end of the loan deal too. Some might say it should be a requirement, but there you go. He’ll be off the books, we’re not subsidising anything, and he can play regularly in the Bundesliga. Good luck to him.

Now, if you’ll excuse me, I’ve got to go about the business of decrumpening myself. More coffee and some toast would be a good start.

Petr Cech is the new Johan Djourou + a 5 point plan

They can’t beato Vito + other nonsense