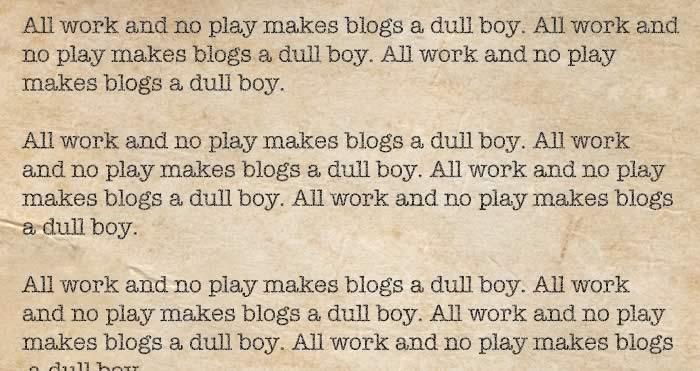 So, this morning I’m checking out Marca for any possible news on that bloke that they keep saying we might be signing but who hasn’t signed. I’m kinda hopeful because the transfer wheels at Real Madrid are turning. They’ve just signed Isco from Malaga so maybe there’s something going on.

There isn’t though, not a thing. So I check AS and it’s the same crack there. They’re both too busy creaming themselves into a frenzy about Spain’s win over Italy in the Confederations Cup for anything like that. But there’s an ad running on both sides of the page for a well known shaving company.

And I’ve always wondered where they could go after going down the road of adding as many blades as possible to their products. First off it was the dual blade, then the dual blade with the stripey bit at the top, then triple blade, quadruple blade, and I’d say there’s probably a five blade version out there somewhere (full disclosure: I don’t use them any more and shave once every 7-10 days with an electric jobby).

But there are only so many blades you can squeeze in, so many lubricated strips, before you end up with razors the size of Hellboy’s hand that take weeks in a furnace to cast before they hit our shelves. So what’s their angle to make you shave more? To blunt those blades so you have to buy them more regularly?

They need this, because pound for pound razor blades are the most expensive things on earth, and I’d say the profit margin is huge (once you take away their costs of paying sportsmen to advertise them and that). There’s a good reason why razor blades and bottles of booze have security tag things on them in supermarkets.

So, the new angle is this: Get a picture of a pretty model and say ‘92% of women prefer a shaved body*. The * leads to a disclaimer down the bottom in barely legible print which says ‘*Some parts of the body’. There’s a picture then showing a man, with the best that he can get, razoring the shite out of himself all over. Look at the picture (it is upside down to fit better, but you get the idea).

Now, perhaps this is just me being an old crank, but are people really falling for this? One of these razors typically lasts about 3 or 4 shaves before it starts taking great chunks out of your neck and chin, and that’s only using it on your face. If you were to shave your chest or your bits, you know what I mean, you’d need to change the blade every time you used it. Nobody needs a pube nick on their top lip, do they?

This is like a company desperate to sell more beer running a campaign showing a man, with a pretty model in there somewhere no doubt, filling up his sink with cool, refreshing ale, and then using it to brush his teeth. Want them to eat more bread, look at how a sliced loaf can be used as emergency kitchen towels. Women, not only can periods lead you to Rollerblade around with a Great Dane whilst listening to Dr Alban, tampons can also act as emergency bullets if you’re ever caught up in a hostage situation and you run out of ammo. And with the rise in terrorists and that, it’s going to happen sooner or later.

Unless you are intent on a taking up a career as a lifelike, marble-esque version of the statue of David, showing your little Johnson while standing stock still on the Ramblas, there is simply no call for ever putting a razor near your bellybutton. Far be it for me to speak on behalf of women but I’d suggest that 92% of them don’t really care one way or the other that ‘some’ parts aren’t shaved – as long as there aren’t bits of food or other detritus caught up in the little bit of hair that exists in those places.

Don’t give in to the man, or the pretty model, embrace your fuzzy self (not like that), be unshorn, like a wild ram. Sure, you get your fleece caught in barbed wire fences every now and then, but it’s worth it. We need that hair, it’s there for a reason, it reminds us where we came from.

Finally, well done Arsenal for this. Till tomorrow, my hirsute chums.