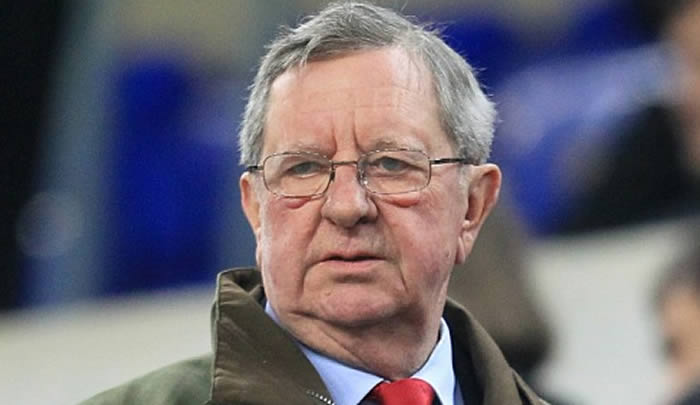 A very quick Saturday round-up for you as we’re packing up and heading back to sunny Dublin this morning.

Arsenal have a new chairman after it was announced that Peter Hill-Wood would be stepping down. P the H to wicka-wicka-wild-wild W said:

This has been a difficult decision as Arsenal Football Club has been a huge part of my life. Although I am feeling better I feel this is the right time for me to stand down. I would like to thank our majority owner, Stan Kroenke, for the respectful and dignified way he has handled this and I know Sir Chips is the right person to take the Club forward.

Sir Chips Keswick, whose name lends itself to all kinds of puns I refuse to get involved in, is the new man. He said:

I am greatly honoured to have been appointed chairman of Arsenal Football Club. This is one of the great clubs in the game, recognised and loved by millions. I am looking forward to leading the Club to future success.

There are those who say that the appointment of a 73 year to replace a 77 year old isn’t exactly adding the freshness to the board they so desire, but one of the great things about Arsenal is its tradition. In losing Peter Hill-Wood Arsenal lose a family connection that has gone back to the 1920s. As the role of Chairman is chiefly ceremonial, the power lies elsewhere these days, I don’t see any issue with the appointment of Sir Chips. That’s not to say the board couldn’t use some new blood, but not in this position.

I’ve had the pleasure to meet Mr Hill-Wood a number of times, and he has always been the perfect gentleman. The ‘Never in Doubt’ comment after Anfield 89 is the most wonderful cherry on top of that incredible Arsenal moment, and I wish him a long and healthy retirement.

Elsewhere, Andre Santos is resigned to the fact he’s got to come back to Arsenal, saying:

My loan deal is over. It was six months long and now I am returning. Gremio had an agreement with Arsenal and I have to return. I wanted to stay. Gremio were fair regarding everything. I felt well there and I wanted to win a title before leaving. Unfortunately there is no deal and I had to return to Arsenal.

Perhaps a touch too honest, but nothing more than that. He’s knows his footballing future lies elsewhere. Gibbs and Monreal at left back mean there’s no place for Andre, and to be fair I’d much rather hear Santos talk about how he wanted to stay at a club he was happy at than someone like Chamakh talk about how he’s willing to stay and ‘fight for his place’ at Arsenal.

I think this will be another of those situations which will see us cut our losses to enable a permanent move elsewhere. There has been talk of him going back to Turkey, if a suitable financial package can be found between Arsenal and a potential club, as well as sorting something out with Santos himself, then I suspect he’ll be on his way before he has to come back in July. We shall see.

Finally, if you’ve caught the Gervinho to Marseille stories – perhaps getting a little excited – and want some context as to the extent of their interest, this should clear things up for you.

Other than that it’s quiet. So, time to leave the land where the Guinness is greater than anywhere else on this planet. If you do ever have a chance to get down to this part of the world, I highly recommend it. Bring warm clothes, but it’s spectacularly beautiful. The seafood is splendid, the Atlantic is freezing but refreshing, and did I mention the pints?

We’ve got a date! So long, Sir Chips.