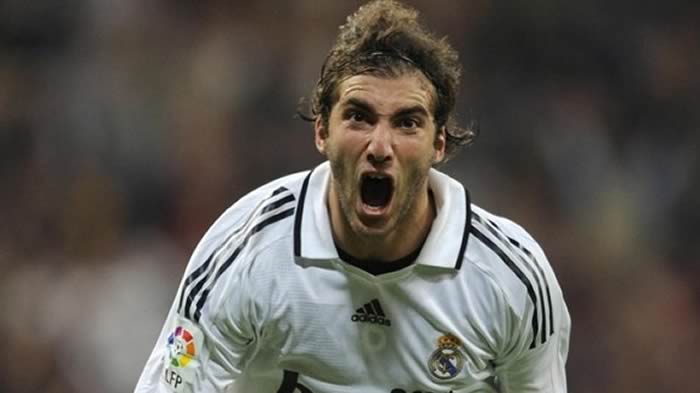 still pretty quiet this morning but some excitement on Twitter regarding Gonzalo Higuain, with suggestions the Spanish press are saying we’ve gone large to sign the Argentine striker.

Marca, are the most positive, saying emails have been exchanged between us and Madrid, which say that we’re willing to go as high as €30m, €8m more than Juventus are offering. Not only that, we’re willing to pay it all in one lump, whereas the Italians want to spread it out over 5 payments.

While I think we may have the ability to make that kind of payment, it doesn’t quite sit right. There are usually payment schedules for large transfers and I wouldn’t expect this to be any different. They also say that Madrid are in no hurry to sell the player, waiting for their new manager (Ancelotti) to come on board and give his opinion on things.

Meanwhile, AS seem to be basing their story on a story that appeared in the Guardian on Friday which simply said Arsene Wenger wants Higuain and is willing to break the club transfer record to get him. Hardly much of an insight really. The reality is that if we want to sign players of real quality this summer, our transfer record will have to be smashed.

While I’m loath to go down the road of inside info, I do know that we are definitely interested. Higuain is the certainly one of ones that we want, and the first option from a striking point of view. I’ve mentioned before his efficiency in front of goal; we also know that the player wants to leave Spain and that Madrid are willing to sell. As ever though, these things are complicated, but I don’t think there’ll be a financial issue over this one, unless Madrid start asking for stupid money.

The key will be how we can sell Arsenal, and our future, to the player. The Italian champions are after him, we’re a club that hasn’t won anything in a while. Those things do make a difference to players. We have the finances to make sure his mind isn’t made up by a huge disparity in wages, so it’s down to us to prove to him that London in the place to be and that we can be a truly competitive team.

That’s the other part of signing players from a slightly different level. It’s one thing being able to afford them, it’s another thing to convince them to join. That is the challenge faced by Arsene Wenger, Ivan and the five flavoured Dick.

Elsewhere, Gunnerblog reports very real interest in Clement Grenier, the Lyon midfielder. Liverpool are also interested, but aren’t matching our offer from an financial point of view. He looks a very interesting player, and I trust the information completely.

Meanwhile, there’s Barcelona interest in Laurent Koscielny, something his agent rather cheekily admitted. It’s all bluster really but I only mention it because underneath the story on Sport, the most highly rated comment is:

Another lump from Arsenal? Haven’t they learned anything from Song and company.

While further down again one Barcelona fans complains that:

This is the team that bought Neymar. Still, at least we know it’s not something unique to Arsenal fans. You can’t please some of the people any of the time.